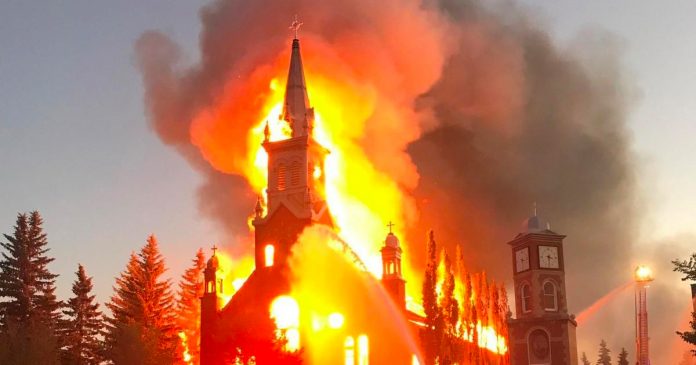 68 Christian churches in Canada have been vandalized, burned down or desecrated since the announcement last month of the apparent discovery of graves found near a residential school in Kamloops, BC.

25 churches across the country have been lit on fire in the past two months, many of them have been completely destroyed.

Ukrainian Orthodox Church Of All Saints, Kamloops, BC.

Parents still pleading for options at Ronald McDonald House, will not let their child be “a lab mouse”