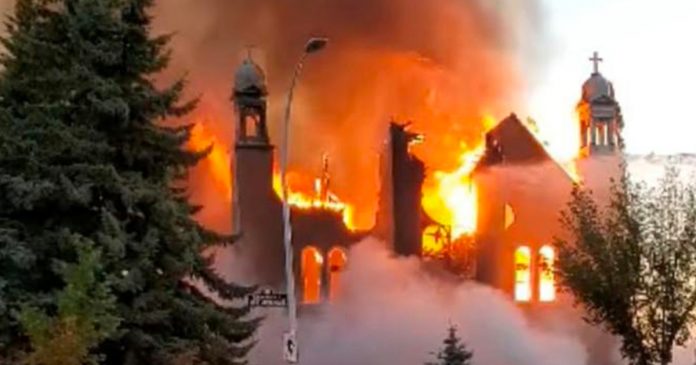 71 Christian churches in Canada have been vandalized, burned down or desecrated since the announcement last month of the apparent discovery of graves found near a residential school in Kamloops, BC.

According to Fort St. John RCMP a report was received at 12:34 a.m. of a fire engulfing Upper Pine Gospel Chapel. Police are investigating the incident.

Camrose RCMP responded to a fire on Dec. 31, 2022 at the small parish St. Joseph Lutheran Church near the village of Hay Lakes. When first responders arrived the church was completely engulfed in flames. Police believe the fire is suspicious and are investigating it as an intentional act.

Ukrainian Orthodox Church Of All Saints, Kamloops, BC.

Majority of Canadians believe prisoners should still be segregated based on biological sex, says poll