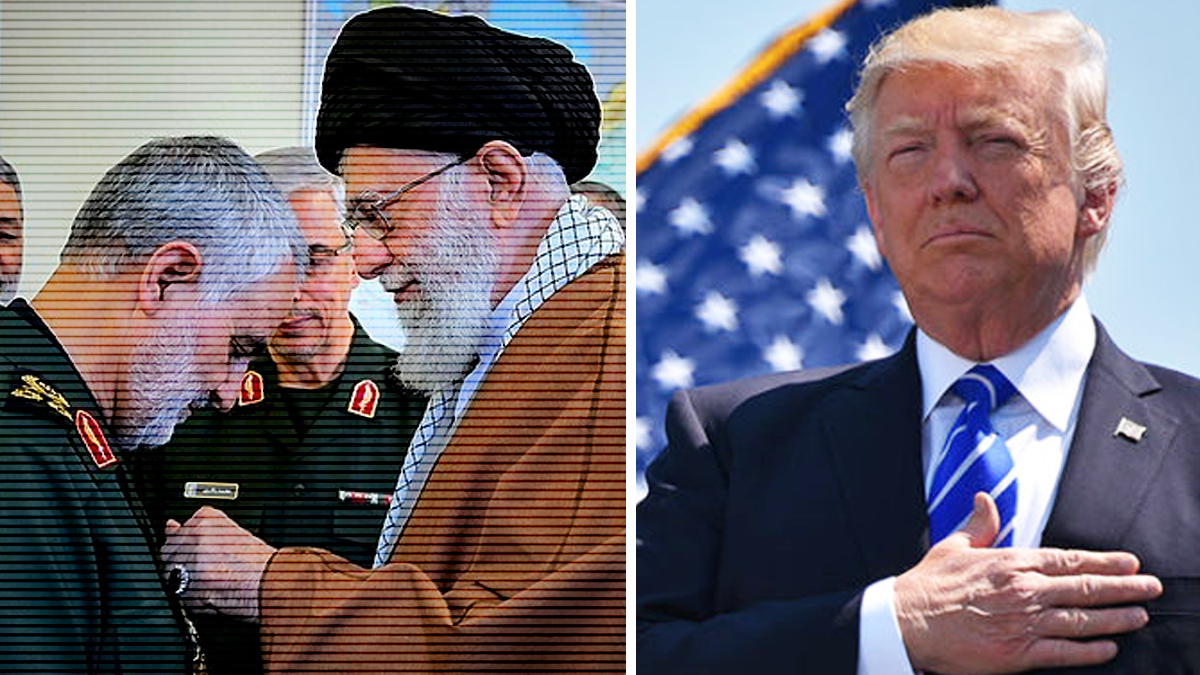 The targeted killing of top Iranian warmonger and terrorist Qassem Soleimani should be treated with the same reaction as the killing of Osama bin Laden.

To many Iranian dissidents and freedom fighters around the world, it was cause for major celebration. Indeed, Iranians and Iraqis were dancing on the streets and celebrating this major blow to the Iranian regime.

Soleimani is the primary reason that Iran is known as the world’s foremost terrorist state.

Leading the top branch of Iran’s secret army, the Quds Force — which has been designated as a terrorist entity by both the U.S. and Canadian governments for a decade — Soleimani’s fingerprints are all over terrorist insurgencies and destabilizing wars throughout the Middle East.

Soleimani has led the Quds Force since the late 1990s, and he personally guided Iran’s imperialist ambitions to expand the Shia and Iranian influence and become the hegemonic power in the region.

While the United States aimed to stabilize the Middle East and promote peace, freedom, democracy and the rule of law (often a fool’s errand, causing more harm than good), Iran sought to promote terrorism, push Islamist fundamentalism, exploit tribal hatreds, and pit Sunnis against Shias and both against Jews.

The Quds force was responsible for creating and expanding the militant wing of Hezbollah and leading the Lebanese war against Israel in 2006. At the time, Soleimani was living in Lebanon to oversee the conflict.

He replicated his hands-on role in subsequent conflicts across the Middle East, including by propping Syrian dictator Bashar al-Assad in the prolonged Syrian war and forging a new military alliance with Russia to lead a conflict in Iraq.

Whenever allied forces were trying to stabilize a region and wipe out a terrorist insurgency over the past two decades, there was Soleimani, training terrorists and waging war.

Even The New York Times, which is generally too kind to the Islamist regime in Tehran, described Soleimani as “the architect of nearly every significant operation by Iranian intelligence and military forces over the past two decades,” and they conceded that “his death was a staggering blow for Iran at a time of sweeping geopolitical conflict.”

When Barack Obama ordered the targeted killing of Osama bin Laden in 2011, the Western world celebrated. Democrats and Republicans, liberals and conservatives acknowledged it was a serious blow to the al-Qaida network and the terrorist army’s ability to fund-raise and orchestrate major attacks.

That didn’t mean the war was over, as a new generation of terrorists began using new technology to spread propaganda and carry out low-grade attacks.

This time around, however, with the killing of Soleimani it’s different. “World War Three” began trending online, and leftists jumped on their soap box to condemn Trump and accuse him of being a reckless warmonger.

This hatred for Trump stands in contrast to the feelings of those who know Iran’s despotic regime best.

When I was reporting from a large protest of the Iranian diaspora in Toronto last month, I was surprised to talk to many dissidents who applauded Trump and thanked him for his forceful push back against the Iranian regime.

You don’t expect Canadian Muslims to be openly supportive of Trump, and you’d never see that kind of coverage in the mainstream media. But those who have lived through the Iran wars know that you need to fight strength with strength.

They see that Donald Trump is an ally in their battle against Tehran’s murderous terrorists. And he proved it again this week by killing Qassem Soleimani.