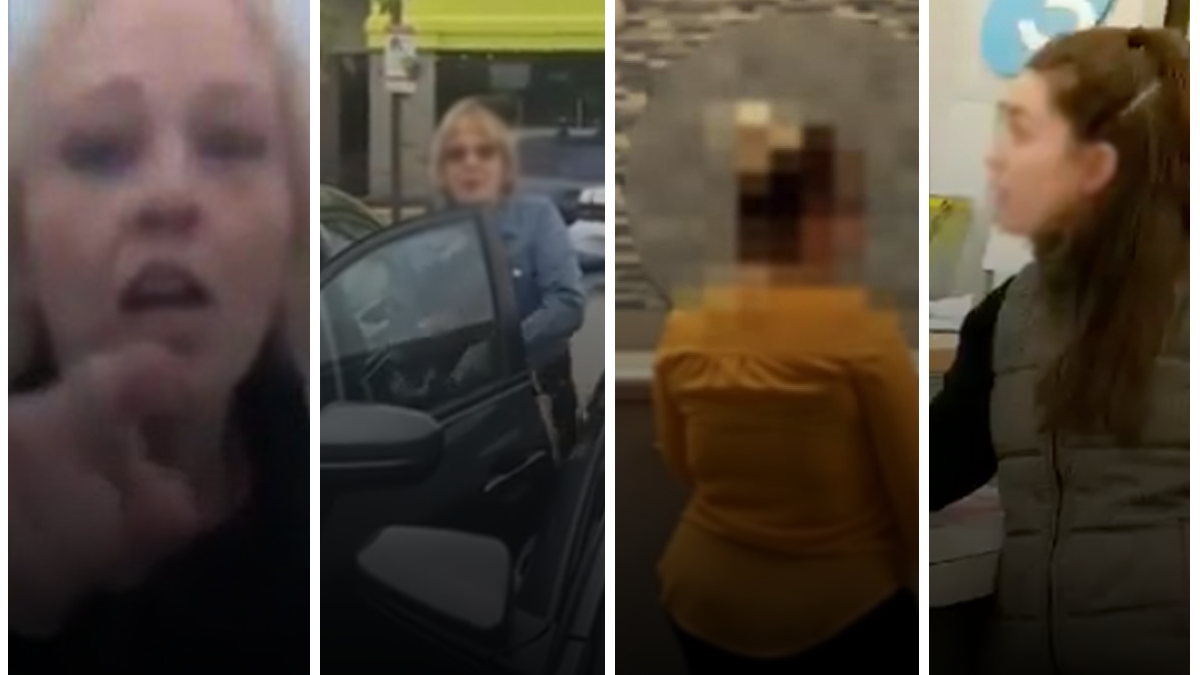 Mob justice has struck again, giving the political left yet another datapoint to accuse all Canadians of being “racist.”

This time, it comes after a woman from Hamilton, Ontario was caught on tape uttering threats at a Chinese woman. The altercation occurred in a parking lot at an outlet mall on Boxing Day.

Patricia Zammit, 51, referred to a Chinese woman using derogatory language and mocked her for apparently not using her turn signal, saying “even in China they have signal lights.” The Chinese woman, who has refused to give her own identity for fear of retribution, was recording the interaction. At one point Zammit attempts to slap the phone out of her hands and says “I’ll take those f***ing glasses off your face and shove them through your…” and pretends to moon the woman.

Zammit’s identity was unknown until immediate calls on social media went out to “name and shame this racist.” She was eventually doxxed and outed, allowing the police to arrest and charge the Hamilton resident.

Though these viral recordings are relatively rare, and the aggressors often come off as unstable people, these incidents are used to indict Canada as an extremely racist country.

The racist comments made in these kinds of videos are indefensible and shameful, but I am frightened by the idea of living in a society where everyone has their camera phones out and ready to record confrontations fueled by anger and lapses in judgment.

Just two months prior, in October 2019, video footage of a confrontation at a Shoppers Drug Mart in Burnaby, BC made rounds on the internet. In the video, a woman is aggressively telling the store staff they are rude for “speaking Chinese” in front of her, and that they should “speak English in Canada.”

The woman repeatedly berates the staff and calls them “idiots,” tells them to shut up, and tells them they’re “f***ing rude.” She accuses the staff of “s***-talking” her in their language.

Many were quick to denounce the woman as a “racist;” but it is not racist to insist English be spoken in English Canada.  While the woman at Shoppers Drug Mart was perhaps not technically making racist comments, there have been other racist incidents caught on film.

This past summer, a conflict in a Richmond, BC parking lot was filmed by a woman being yelled at by another woman, who blows a raspberry at her, calls her derogatory names that refer to her Asian heritage, and tells her she is a “f***ing a******” who should “go back to China.”

A 2017 video shows a woman asking an employee at a walk-in clinic in Mississauga, ON, “Can I see a doctor please that’s white, that doesn’t have brown teeth, that speaks English?”

Think of a time when you lost your cool in a confrontation with a stranger. Now imagine that confrontation was recorded on video, went viral on social media, was in all the national news media, and was forever connected to your name and location on the internet.

The truth is, when people are enraged and want to berate you but they don’t know anything about you, they will rely on your physical characteristics as their basis of attack. When a middle-aged woman once tried to cut in front of me in a very long line, I asked her to wait like everyone else was, and she called me a “stupid teenager” — choosing to attack the physical characteristic of age (I was 21 or so at the time). When I was in high school, a group of Hispanic students in the hallway yelled that I was a “skinny white b****” — comments that focused on my weight and race.

A lot of schadenfreude and excitement comes from witnessing public confrontations, which is why the “racist rant” genre of videos make a popular news story.

As Nassim Nicholas Taleb writes in Skin in the Game, “In the past, bad deeds were only transmitted to acquaintances who knew how to put things in perspective. Today, strangers, incapable of judging a person’s general character, have become self-appointed behavior police. Web-shaming is much more powerful than past reputational blots.”

Speaking of “self-appointed behavior police,” in the left-wing Georgia Straight’s coverage of the recent parking dispute and racist rant, they added a poll at the end asking, “if the Crown won’t lay charges, should cities ticket and fine people caught on video making racist rants?” A disturbing 74% of their readers answered, “yes.” Who would have thought the idea of living in citizen-led police state municipalities would be so attractive to so many people?