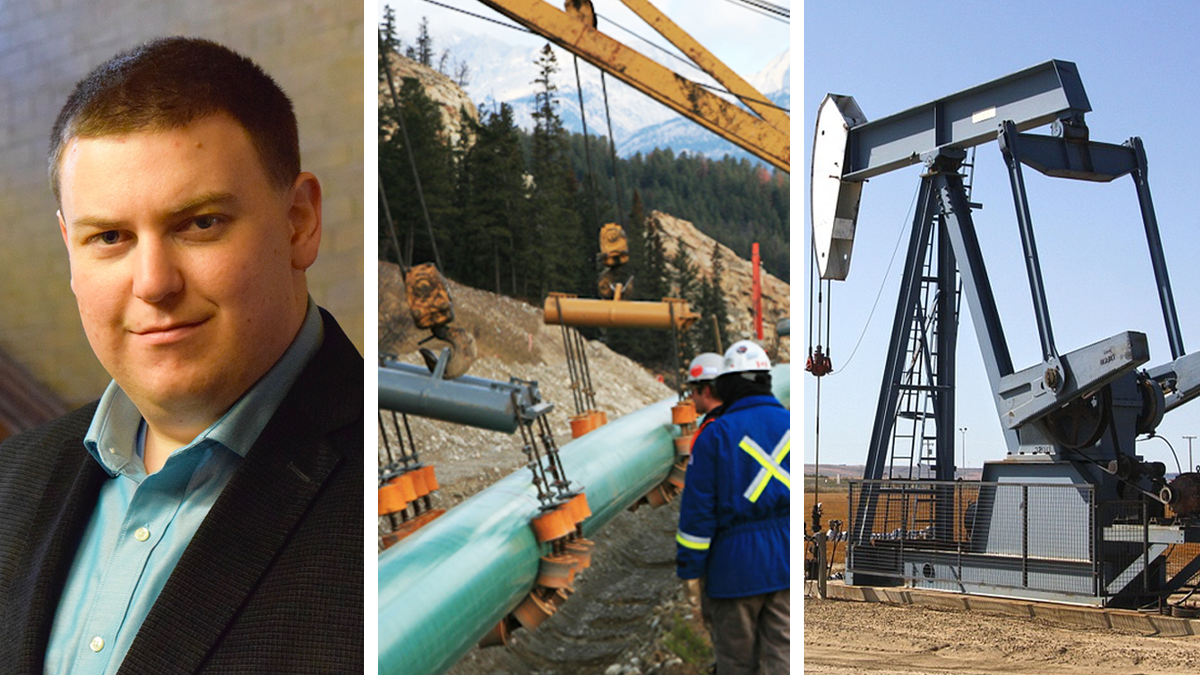 The media went into a tizzy when Conservative leader Andrew Scheer met with oil and gas industry representatives ahead of the 2019 federal election. The Globe and Mail reported on it as a “secret meeting.” The National Observer said Scheer had “holed up in a resort with…Big Oil’s most powerful lobby group, to plot the demise of the Trudeau government, among other discussions.”

In fact, the April 11 session at the Azuridge Estate Hotel outside of Calgary welcomed a number of stakeholders, including senior Liberals and First Nations leaders. The host organization, the Modern Miracle Network, let the industry pitch its vision while giving Scheer an opportunity to share his own.

Modern Miracle Network, an oil industry-led group that openly celebrates and promotes Canada’s energy sector, was branded as some sort of shadowy cabal of executives with a hidden agenda.

The rhetoric around this event is indicative of how the media seems to view the oil and gas sector: any political lobbying is sinister, and any politician who supports Canada’s energy sector must be unethically in bed with the industry.

It’s why the Modern Miracle Network hosts dialogues like the one in Alberta, founder and executive director Michael Binnion told True North.

Binnion, who’s also the president and chief executive officer of Questerre Energy, wants an “adult conversation” on energy policy, which includes discussion about whether carbon taxation is the best way to protect the environment.

Modern Miracle Network, a registered non-profit, is transparent about its goals. The organization isn’t a household name because it markets its ideas to the media, politicians and other stakeholders, rather than to the public directly.

“We’re an organization that’s trying to bring people together who have a common view or alignment with our objectives, which is having an adult conservation on hydrocarbons and energy,” Binnon said. “Our job is to facilitate a network for that conversation.”

In an October article, the National Observer called Binnion the “little-known colossus behind the Conservatives’ anti-climate agenda,” a moniker rooted to some extent in the author’s confusion about a remark Binnion made at the 2018 Manning Networking Conference in Ottawa.

During a panel discussion about carbon taxes, Binnion joked that a page of hand-written notes was the “official list for the conservative movement on the options that we’re going to discuss.” The National Observer said this amounted to Binnion “boasting” that he held “key elements of the Conservative’s (sic) energy platform.”

Despite a reporter’s inability to differentiate between conservative ideas and the Conservative party, there’s no question Modern Miracle Network aims to reshape the discussion around energy policy. Much of this involves showcasing the work the sector has already done.

“I think the (oil and gas) industry has done an amazing job of actually delivering on what people say they want, which is a lower environmental footprint,” he said. “Every single year we continue to do that.”

The Canadian energy sector has spent more money on environmental technology, clean technologies and environmental protection than all other industries in the country combined, he noted.

“Thank goodness – for the planet – that the oil sands were put in Canada,” he said. “What other country, what other group of scientists or engineers, would have been able to take a resource that had the 90th percentile of emissions intensity per barrel and have reduced new projects to the 50th percentile, and are now talking about being better than average in emissions intensity? What an amazing Canadian achievement.”

It’s an evolution we’re not seeing in other oil rich nations, like Venezuela or Saudi Arabia, yet it is only domestic oil production that seems to be demonized by activists.

While corners of the media are  no doubt hostile to pro-oil voices, Binnion said the industry itself shoulders a lot of the blame for not better communicating its successes.

“I think our industry’s done a terrible job at that, but that’s because we’re an industry of geoscientists and engineers,” he said. “We’re not an industry of people who market Coca Cola. We’re too busy focusing on delivering. If you look at the amazing progress, it’s really quite something. What we haven’t done is convinced other Canadians that we actually care about what they care about.”

Modern Miracle Network isn’t just about naysaying – the group has its own proposals, which it believes are absent from the national discourse on environmental policy. Though the organization takes a firm stance against the carbon tax schemes pushed by left-wing governments in Canada, it isn’t against emission-reduction policies. Its members just want them to be more effective.

Binnion said a localized, regional carbon tax – which each province has been forced to implement under the federal government’s Greenhouse Gas Pollution Pricing Act – simply causes companies to migrate their emissions elsewhere.

The argument is a sound one as much of the United States , makes itself more competitive. The higher a carbon tax in a Canadian province, the more likely a company is to set up shop elsewhere, making the policy environmentally ineffective and economically harmful.

Carbon taxation also doesn’t take into account future growth, Binnion said. The world population is expected to rise to 9.5 billion people by 2050, meaning there will be more people demanding a higher quality of life as time progresses. Opposing pipelines and imposing carbon taxes isn’t going to solve this impending problem, especially as countries like China and India prove unlikely to sacrifice economic progress in the name of the environment.

While there’s no silver bullet, Binnion said people need to stop demonizing the oil and gas sector while lionizing alternative energies that have benefits, but also bring their own baggage.

“We’ve got some amazing initiatives that we’re working on that never get mentioned when people want to just tell that one side of the story.”