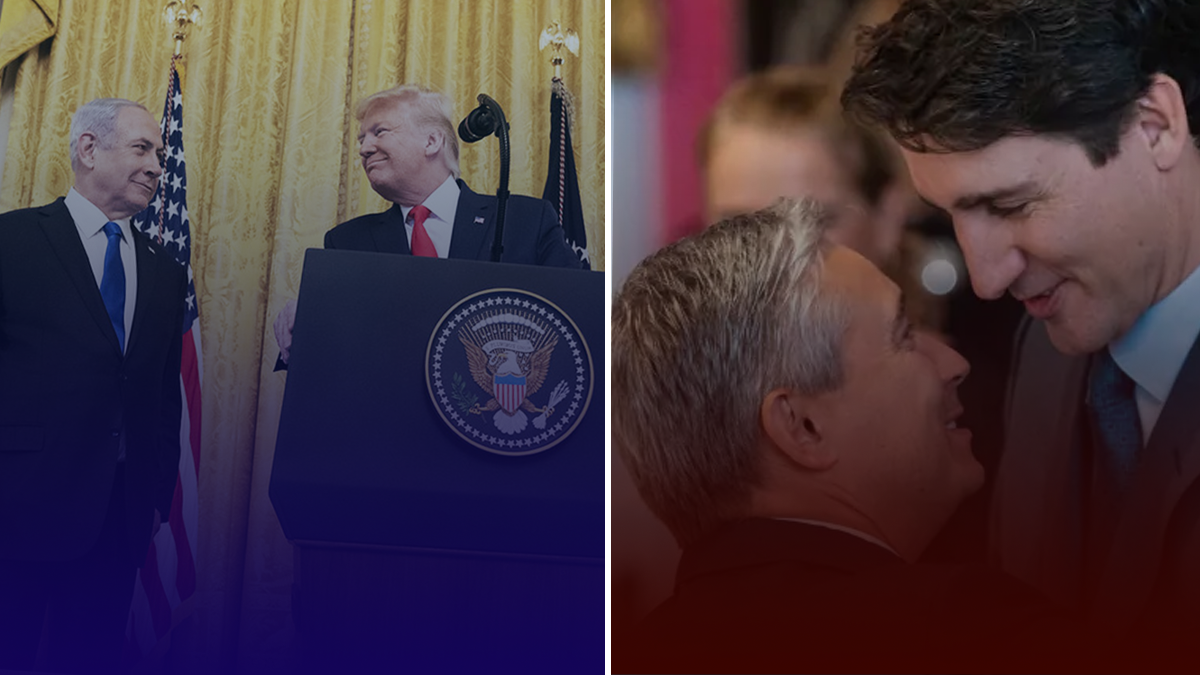 On Tuesday President Donald Trump released his long awaited “Deal of the Century” peace plan between Israelis and Palestinians. Flanked by Israeli Prime Minister Benjamin Netanyahu, he presented a realistic and forward thinking vision of how the conflict might finally be put to a close.

The deal ensures that Israeli security concerns are taken into account and gives the Palestinians approximately 70 per cent of the West Bank, all of Gaza, and portions of Israeli territory to be used for future economic development. It also envisions a path to statehood in 4 years and promises billions of dollars in economic aid to boost the Palestinian economy.

More importantly, however, is the fact that the Deal of the Century flips entrenched thinking about the conflict on its head. Previous peace attempts focused on building good will between Israelis and Palestinians while leaving final status issues and maps to the end. The Trump plan offers maps and solutions to complex issues, like the status of Jerusalem or the Temple Mount (Judaism’s holiest site and Islam’s third holiest), as a starting point for negotiations.

While peace between Israelis and Palestinians will ultimately have to be negotiated directly by both sides, the fact that Arab countries like Egypt, Saudi Arabia, Qatar, UAE and Morocco – countries that not too long ago were waging war against Israel and sought its destruction – as well as more traditional Israeli allies like Britain, France and India view it favourably means that it may be able to break the years-long deadlock in negotiations.

So what about Canada? Both Prime Minister Trudeau and Minister of Foreign Affairs François-Philippe Champagne have been uncharacteristically quiet, with no statements from the PMO and only canned responses of existing Canadian policy from Global Affairs.

This weak response may stem from the fact the governing Liberals have worked hard to stay nominally ‘pro-Israel’ while stepping back from the Harper government’s unabashed support of the Jewish State (evidenced by Canada’s recent vote in favour of a United Nations resolution condemning Israel for its “occupation” of Palestinian Territories,) as they seek to obtain a seat on the United Nations Security Council.

But only bold action, not weak and timid responses to global crises or opportunities will earn us the clout needed to sit on the Security Council – which we’ve just learned, the Trudeau government has spent $1.9 million trying to achieve. We know this is true because both the current geopolitical landscape and Canadian history tell us so.

In 1956, Canada found itself in a similar situation as the Suez Crisis focused world attention on the Middle East. Following Egyptian President Gamal Abdel Nasser’s nationalization of the Suez Canal, Israel, with the support of Britain and France, attacked its long standing enemy Egypt. This provided rationale for a joint Franco-British military expedition designed to ‘ensure the safety of the canal’.

The situation deteriorated rapidly and would have risked igniting a larger regional conflict if not for the bold actions of one Lester B. Pearson, then Canada’s Foreign Affairs Minister. Pearson proposed the creation of a UN Emergency Force (UNEF) to oversee the cessation of hostilities, withdrawal of armed forces and to serve as a multinational buffer between Egypt and Israel.

Pearson’s actions demonstrated not only the important role that Canada can play on the world stage, but that such actions are viewed positively. He was awarded the Nobel Peace Prize in 1957 for his work in creating the United Nations Peacekeeping Force, and Canada was appointed to the Security Council a year later in 1958.

Further, as with the Suez Crisis, Canada’s work on the Deal of the Century need not be framed as being pro or anti Israel, and instead pro-peace, even pro-Palestinian in that it will help them achieve statehood, not to mention greater security, prosperity and independence.

This is the lesson of the Deal of the Century. In today’s geopolitical world the only leaders who succeed are those who are willing to act boldly in pursuit of national objectives. If Prime Minister Trudeau wants to achieve his goal of securing a seat on the UN Security Council and bringing Canada back to prominence on the world stage, he’ll have to do more than wining and dining UN bureaucrats and having his Foreign Minister give canned responses about vague Canadian policies.