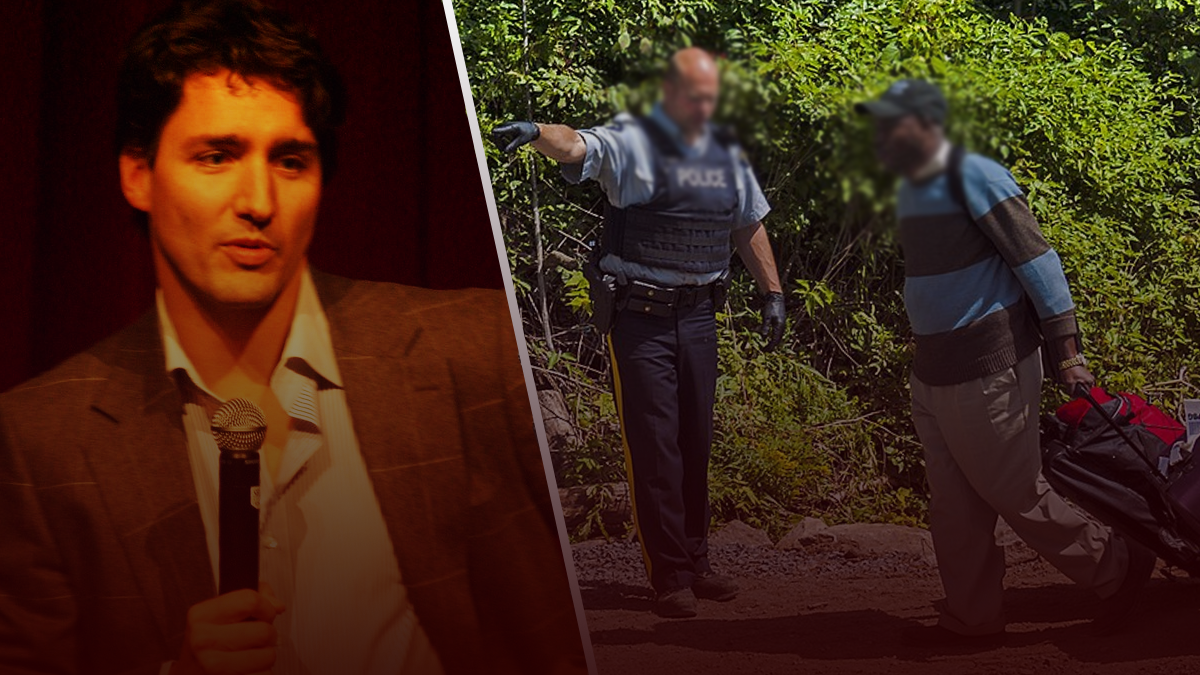 Canada’s crisis of illegal immigration has reached new heights, and yet, you wouldn’t know about it from watching the evening news, listening to the radio or reading most newspapers in Canada.

News reports on illegal border crossers and dubious asylum claimants have all but disappeared in the media, despite new record-breaking numbers.

What was once a border crisis is now the new normal in Canada.

Last year was the worst year on record for asylum claims. In 2019, Canada received 63,830 asylum applications from people who entered the country illegally or under false pretenses.

This represents a 400% annual increase in asylum claims since Justin Trudeau became prime minister. In fact, more asylum seekers submitted refugee applications from inside Canada in 2019 than in the final four years of Stephen Harper’s government.

In late 2015, the Trudeau government began dismantling the previous government’s reforms that had been carefully designed to discourage bogus asylum claimants and remove incentives for illegal immigrants to stay in Canada once their claim was rejected.

Trudeau alleged that it was cruel to not provide illegal immigrants with free healthcare — even those with pending deportation orders who were rejected by an immigration judge. The Trudeau government scrapped a system that fast-tracked immigration hearings for claimants coming from safe countries and Trudeau let it be known, through social media, interviews and photo-ops, that Canada would welcome those seeking asylum.

There was legitimate confusion, however, about Canada’s new refugee rules. Many reasonably interpreted Trudeau’s virtue-signalling to mean that Canada’s immigration policy changed to allow all self-declared refugees.

But it had not. Canada maintains strict rules, based on international definitions, about who qualifies as a refugee. An asylum seeker must convince a judge they faced a well-founded fear of persecution in their country of origin. Asylum seekers are also required to submit a refugee application in the first safe country they reach — so those coming through the United States, in theory, should be rejected.

Because of this disconnect between Canada’s strict immigration rules and the Trudeau government’s loose messaging, Canada now faces another looming crisis.

As reported by Blacklock’s Reporter, an independent investigative news organization based in Ottawa, there are currently 52,109 illegal immigrants in Canada with outstanding deportation orders.

But don’t hold your breath waiting for the Trudeau government to deport these bogus asylum seekers. Canada only managed to deport 648 illegal immigrants last year, and only 495 the year before.

Instead, the more likely scenario for these rejected asylum claimants is to turn to Canada’s bleeding-heart court system.

Those with deportation orders can appeal the decision to the Immigration and Refugee Board. If that fails, they can appeal that decision to a federal judge. The current wait time for an appeal is two years, and the backlog of cases is 65,000.

According to government documents obtained by Blacklock’s, “the most common way for a removal order to be quashed is by being granted permanent resident status.”

In other words, even illegal border crossers with bogus asylum claims who were rejected by a judge and issued a deportation order will likely inevitably be permitted to stay in Canada.

Trudeau has eliminated the meaningful checks that once protected the integrity of our immigration system, and as a result, Canada’s borders are wide open. But don’t count on his friends in the mainstream media to tell you about it.