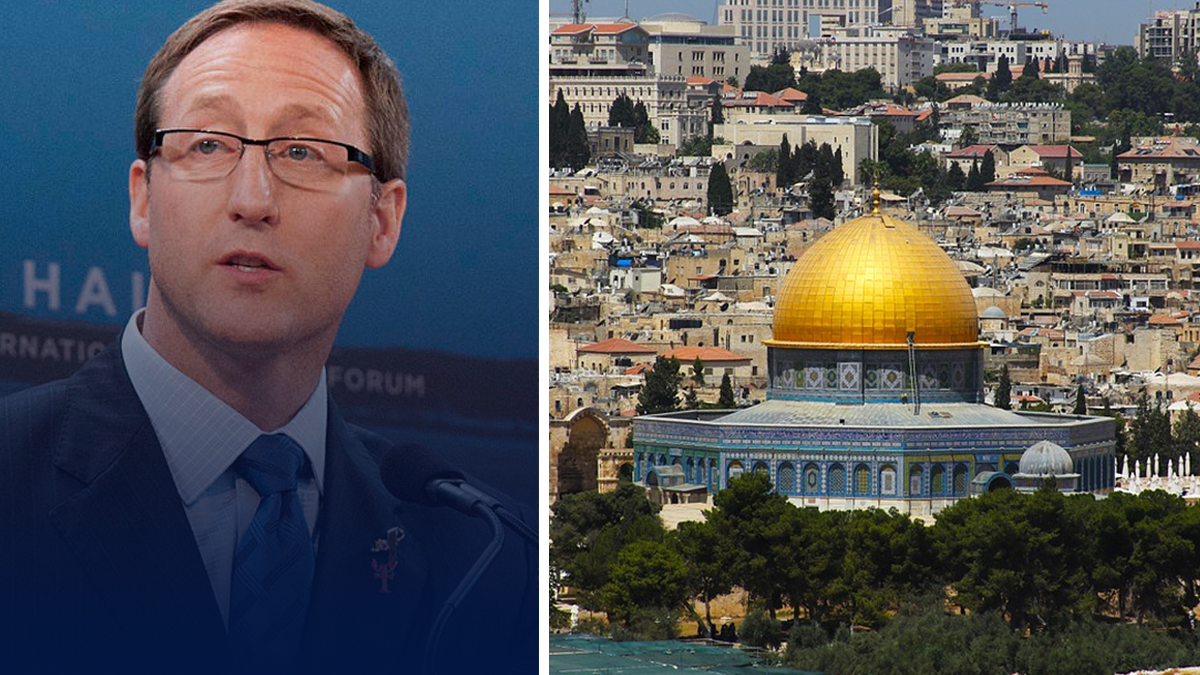 The past few days have not been kind to Peter MacKay. When he wasn’t being bombarded with questions about a tweet criticizing Prime Minister Trudeau’s election campaign for expensing $876.95 in yoga sessions and spa bills, he was hurriedly clarifying his position regarding moving the Canadian embassy from Tel Aviv to Jerusalem.

It began when, earlier in the week, he told The Post Millennial in an interview that it was premature for him to commit to such a decision despite the fact that it is officially part of Conservative Party policy.

While it is understandable that MacKay is looking to be diplomatic in order to ensure that he has the broadest support possible for his leadership bid, veering so far away from what is clear party policy is a serious misstep.

On a deeper level, MacKay’s statement and subsequent clarification is symptomatic of a larger problem in Western thinking about the Israeli-Palestinian and broader Israeli-Arab conflict; the belief that maintaining the status-quo can somehow lead to peace. Trump’s decision to move the American embassy was not only right but in its own way, it is more likely to lead to peace.

Moving the Canadian embassy is the right thing to do, for many reasons.

First, Jerusalem has been the capital of Israel since the modern state’s creation in 1948. Following the end of the British Mandate and subsequent Israeli-Arab war, the city found itself, quite literally, divided down the middle.

While the city is often still referred to in terms of East and West Jerusalem, these delineations are political and not necessarily geographic or demographic, and the city is run as one municipality. For example, parts of ‘East Jerusalem’ may, in fact, be Jewish neighbourhoods that have expanded southwest of the city. As such, the term is used to denote the portions of the city that previously ended up in either Israeli (West) or Jordanian (East) control between 1949 to 1967.

Some critics of Trump’s decision to move the embassy have stated that such actions will serve as an obstacle to peace because it may prejudice negotiations regarding final borders between Israel and the newly created State of Palestine.

However, the refusal to recognize even West Jerusalem as the capital of Israel sends a message to the Palestinian leadership that perhaps Canada, among others, views the entirety of the city as occupied and not truly part of Israel. If West Jerusalem is occupied then why not Haifa, Tiberias, Safed or even Tel Aviv? And if this is the case, does Israel even have a right to exist if it is entirely built on occupied territory?

Even Russia, a country not viewed as biased towards Israel, clearly recognizes West Jerusalem as Israel’s capital. It follows, then, that moving the Canadian embassy to Jerusalem — especially to a location within Israel’s 1967 borders — should be no problem.

Further, moving an embassy or recognizing Jerusalem (even just the Western part of it) as Israel’s capital does not preclude Canada, or any other country, from recognizing East Jerusalem as the capital of a future Palestinian state.

Canada has no history of overt military aggression in the Middle East. Our role has primarily been that of peacekeeping, and we have diplomatic relationships that other countries may not. By recognizing Jerusalem as Israel’s capital, we would clearly be demonstrating our longstanding position that Israel has a right to live in peace with its neighbours.

The reality is that any solution to the conflict will require both Israelis and Palestinians to compromise. Israel may have to make some tough concessions, but this also means that Palestinian leaders will have to abandon their maximalist demands, including that “Palestine must be free from the [Jordan] river to the sea”.

This is why Conservative leadership hopefuls would do well to remember that moving the embassy is about more than showing solidarity with Canada’s Jewish community — it is, indeed, a strong statement about what we as Canadians believe the future of the Middle East should look like. If Canada wants to help foster peace between Israel and a future Palestinian state, it must move our embassy to Jerusalem, if only for the message that it sends about Israel’s inviolable right to exist. If Peter MacKay truly wants to be a formidable leadership candidate, he cannot shy away from strong, principled positions in the hopes of appearing diplomatic.