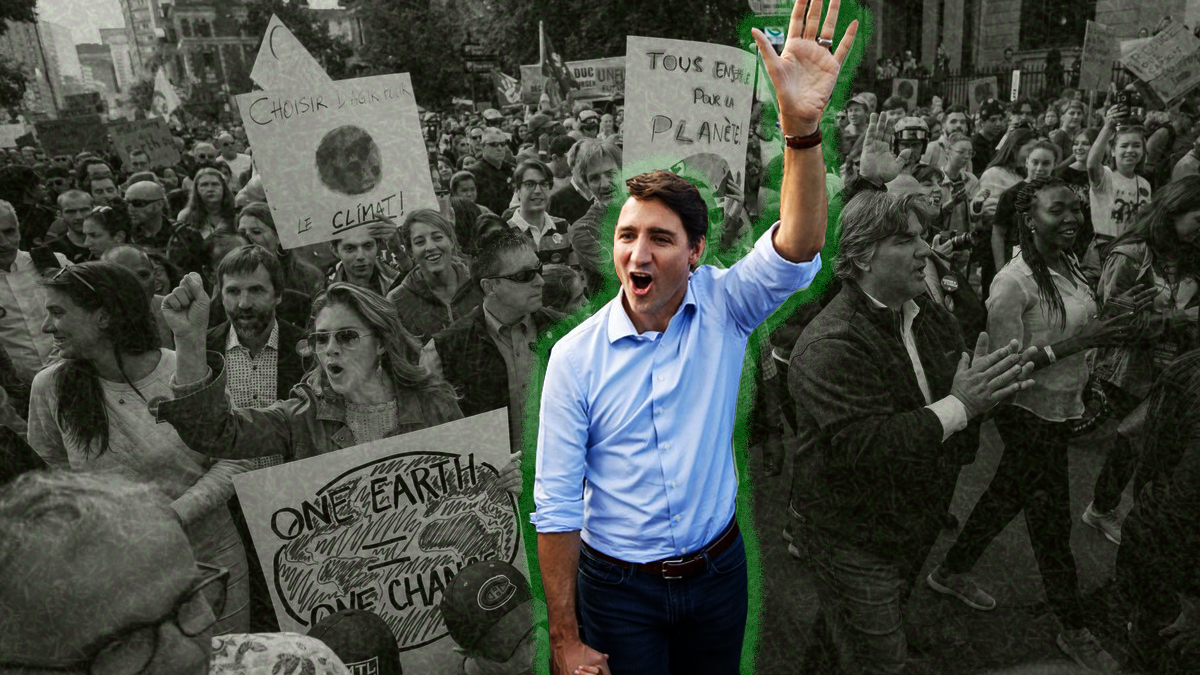 Justin Trudeau is reportedly under pressure from his Liberal MPs to reject Teck Resource Limited’s new Frontier Oil Sands Mine project in Alberta. This massive project would be in operation for over 40 years, bringing in thousands of jobs and significant wealth for Albertans as they look to reverse the province’s recent economic downturn. But despite these benefits, Liberals are apparently more interested in virtue-signalling on climate change and damaging their existing relationship with Western provinces.

The logic of anti-development Liberal MPs goes something like this: in order to combat climate change, we must oppose any development – regardless of economic benefit – in an attempt to obtain net-zero carbon emissions by 2050. While the tree-huggers among us may be sympathetic to this message, the facts show that not only will rejecting the project do nothing to meaningfully impact global climate change – the Liberals don’t sincerely believe it will either. Instead, by peddling climate alarmism, they are able to attract support from an environmental lobby who is eager to spend significant money in advertising attacking conservatives across the country at the expense of ordinary Albertans.

In considering any debate around resource development, it is important to always first note that global demand for energy continues to increase, year over year. To meet this demand, countries that do not have affordable access to oil and gas resources will instead pursue resources like coal, which have notoriously higher emission rates. China, for example, has invested over $50 billion in the production and transport of coal over the last 15 years, and continues to build coal-fired power stations that will have the capacity to increase global coal-fired electricity generation by 43%. Despite this, the Liberals continue to stay silent on China’s affairs – as per usual – while seeking new ways to punish Canadians.

This is where Canadian oil and gas should come into the equation.

Due to the high technological and environmental standards imposed by federal and provincial governments, Canada’s production of oil and gas is cleaner than those produced in other oil-producing countries and only continues to improve. For example, emissions per barrel of oil produced in Canada has fallen 28% since the year 2000. Studies have consistently shown that our natural gas has lower carbon content of any fossil fuel, and hence significantly lower emissions when burned in comparison to coal. However, rather than develop pipelines and seek to export Canadian oil and gas to coal-producing countries at a low cost, Liberals are more interested in punishing Canadians by shutting down development altogether.

Currently, with existing oil sand production, Canada’s contribution to global carbon emissions is only 1.6% – indicating that even a complete shut-down of production would not make a difference in altering the climate. This was a fact admitted by both Justin Trudeau in 2017, and more recently by his newly-appointed Deputy Prime Minister Chrystia Freeland earlier this year. So if refusing this new project will not make any meaningful change to the climate, what will it do?

First, meeting these meaningless targets will allow the Liberals to continue to appease an environmental lobby in exchange for their support in attacking Conservative parties across the country. Whether appointing a former Greenpeace activist like Steven Guilbeault in cabinet or working with them to pass anti-development policies like the implementation of a national carbon tax, it is clear the Liberals have chosen a political pathway of supporting radical climate-alarmism rather than Canadian jobs and prosperity.

Secondly, in refusing the Teck Mines, the Liberals will continue to punish Alberta, and fan the flames of an already very-real Wexit movement. Albertans are under-going unpleasant economic times, and while Jason Kenney and the United Conservative Party are trying to turn the ship around – and keep the country united – they need to be able to work with a federal government that will listen to their concerns.

The Liberals have already begun leaking plans to their friends in the mainstream media about providing a federal “handout” to Alberta in the event they reject the project. But Albertans do not want federal welfare – they want well-paying jobs, and control over their own destiny. In the interest of keeping this country united, the Liberals should stop the alarmism about the climate and listen to Albertans by approving the Teck Mines project.