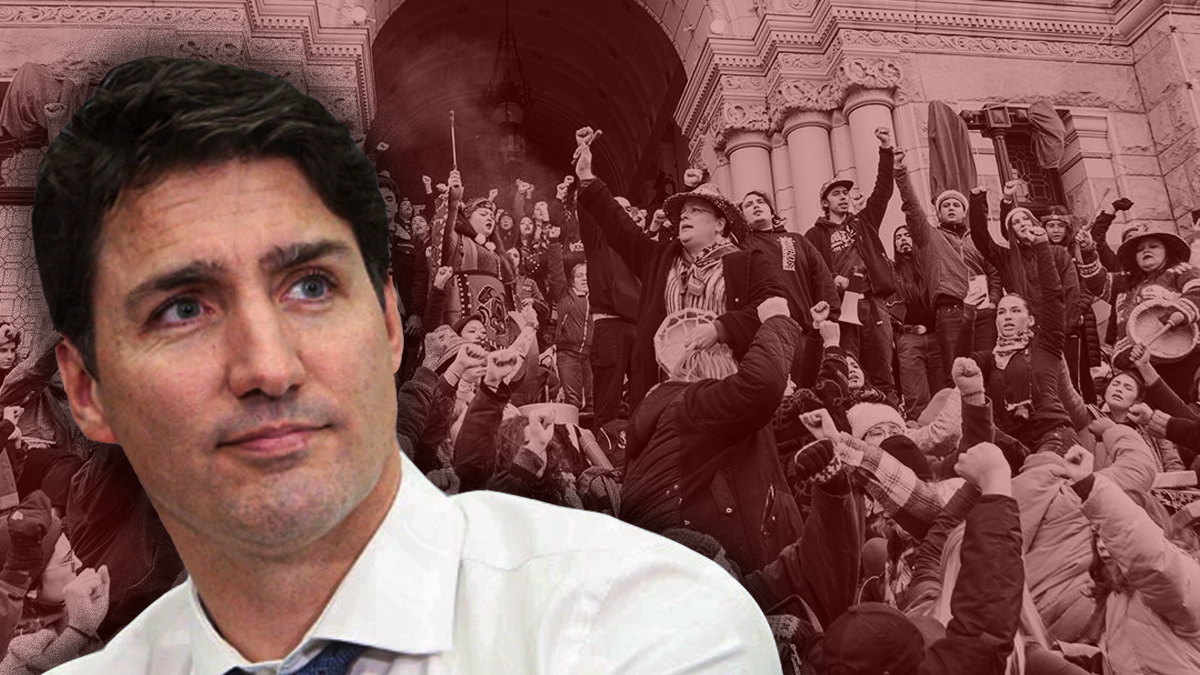 The far-left in Canada is out of control.

Deceitful environmentalist protesters claiming to speak for Indigenous people have set up illegal barricades across the country. They’ve blocked railways and highways — closing major thoroughfares, shutting down commercial and passenger rail and grinding our economy to a halt.

They are threatening the livelihood of countless blue-collar workers, including farmers, manufacturers, construction workers, workers in the forestry, coal and energy industries and so on. And, according to paramedics in British Columbia, they’re also putting lives at risk.

These protesters are as arrogant as they are destructive. They’re throwing a temper tantrum and using the heckler’s veto because they disagree with the results of our democratic process.

The Coastal GasLink pipeline carrying liquified natural gas from northeastern British Columbia to the west coast has already been approved by the courts as well as every level of government.

This includes the Trudeau government, who have always erred on the side of listening to First Nations and giving them veto powers over pipelines, as well as the left-wing NDP government in British Columbia, who have done everything in their power to block other pipelines from reaching Canada’s west coast.

Perhaps most importantly, this project was also given the green light from 20 band councils along the proposed route. This includes the elected band leaders of the Wet’sutwet’en First Nation, after long consultations with the company and a referendum within the community.

The fact that the Coastal GasLink project has jumped through all the required hoops is nothing short of miraculous. But even when a company does everything required of it, Canada still cannot get its act together to ensure the democratic will gets carried out.

To make matters worse in this situation, the mainstream media have distorted the issue and continue to use euphemisms to downplay the actions of the radical environmentalist left, calling their illegal actions “civil disobedience” and “peaceful protests.”

While an overwhelming number of First Nations voices are in support of the project and the pipeline, too many in the media have described these as “First Nations protesters” and the “Indigenous cause.”

Even the CBC’s John Paul Tasker pointed out the media’s biased and erroneous coverage. “I think we tend to do that in the news media, to go to one group and think that it represents a larger community,” said Tasker. “All the Indian Act band councils — all 20 of them in the area — supported this,” he reminded the audience.

So here we are, on the brink of a national crisis. The rule of law is breaking down, the economy is in disarray and any remaining confidence in our system is quickly vanishing.

Now is the time for strong leadership. We need our Prime Minister to step in and step up. He needs to show strength, make a decision and put this chaos to rest.

But where is our Prime Minister? Has anyone seen him?

Oh right, Trudeau is off on a vanity tour in Africa, meeting with local despots and bribing them into supporting Canada’s bid to receive a temporary seat on the United Nations Security Council.

Instead of showing leadership at home, demonstrating that he has control in his own country when it comes to tough negotiations and conflict resolution, Trudeau is off touting his $2 billion foreign aid spending and making clear his preference to deal with foreign affairs rather than his own domestic duties.

If Trudeau would rather booze and schmooze with world leaders, he should resign as PM and apply for a position in the UN.

But if he wants to call himself Prime Minister of Canada, he needs to act like it. He needs to take control of this situation, intervene and enforce the laws of the land.