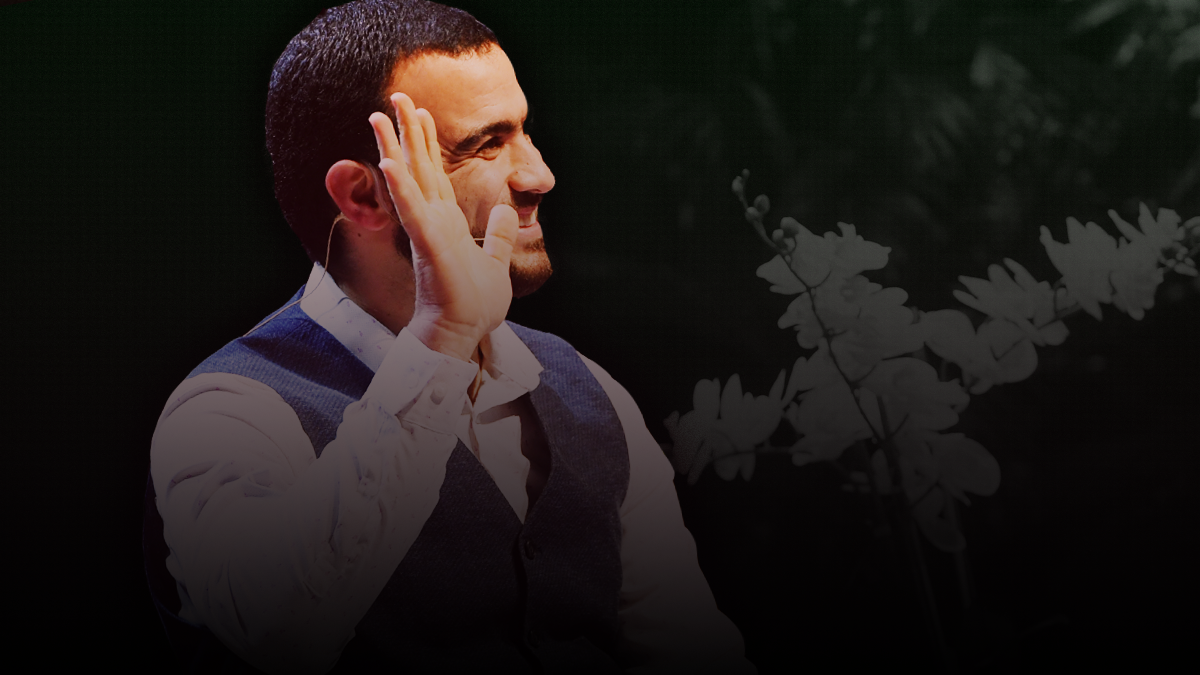 To Tabitha Speer, Omar Khadr is her husband’s killer.

To Layne Morris, Omar Khadr is the cause of his partial blindness.

To Roméo Dallaire, Omar Khadr is a “magnificent gentleman.”

That undeserved characterization was surely a gut punch to the veterans outside a theatre at Dalhousie University last week, where Khadr was held up as a beacon of “courage” before a crowd that gave him a standing ovation.

The stars of the evening: a convicted terrorist, a sycophantic moderator, and an audience of fawning fans who don’t just see Khadr as a victim, but inexplicably as a hero.

The moderator, Shelly Whitman, promised “hard questions” that may be “challenging” and even “triggering,” though no such questions were posed. Unless, that is, you count Khadr being asked about the weather, or about a happy childhood memory.

Far from being an open dialogue, Whitman told the audience at the outset that questions about “the incident that happened in Afghanistan” were off-limits, as well as questions about Khadr’s $10.5 million payout from the federal government.

It takes a miraculous about of chutzpah for a convicted terrorist to get credit for ‘speaking out’ without actually addressing the terrorism bit.

That “incident” was the firefight that killed Speer and wounded Morris. Khadr confessed to and was convicted of throwing the fatal grenade, though he’s since amended this position to one of uncertainty.

Morris’ name was never mentioned at the forum. The moderator made only a passing reference to Speer as she alluded to his death “allegedly” being at Khadr’s hands.

The parodic forum revealed how successful Khadr’s rehabilitative public relations efforts have been.

While Khadr found some outright support from the fringes of the Canadian left when he was repatriated to Canada in 2012, much of the sympathy towards him was focused not on downplaying his past, but taking aim at his treatment by the American and Canadian governments.

Some people were uncomfortable viewing him in black-and-white as a hardened terrorist, and resigned to accept that there were shades of grey in his story.

This has dramatically shifted to the point where those formerly fringe voices have succeeding in casting a narrative Khadr is an example to which we should all strive. Activists now condemn as racist any view of Khadr that isn’t explicitly laudatory.

Those of us in the audience at Dalhousie last week were told to accept Khadr as being “magnificent” and “courageous,” though it was never explained why that is.

Even if we view Khadr as a victim, that hardly justifies extoling such positive attributes. Especially when no one is prepared to explore the glaring discrepancies in the victim narrative and Khadr’s own actions since being released from custody.

If Khadr was a victim, it was not of the Canadian state but rather his own family. He was just a young and innocent bystander to their radicalism, the story goes.

The Khadrs got the nickname as being Canada’s “first family of terror” for a reason. Khadr’s father, Ahmed, was an al-Qaeda financier and confidante of Osama bin Laden. Khadr’s sister and mother notoriously expressed support for bin Laden, al-Qaeda, and even Speer’s murder.

Yet Khadr, in a 2015 Toronto Star interview said he doesn’t believe his father was in al-Qaeda.

This would come as a shock to Khadr’s brother, Abdulrahman, who said in a CBC documentary, “We are an al-Qaeda family.”

Omar Khadr also downplayed his mother’s and sister’s comments, saying he has “a million other influences” so people shouldn’t be worried.

Khadr’s supporters blame the Khadr family for putting him on the battlefield, but Khadr himself defends and downplays his family’s extremism.

Shining the light on the Khadr family exposes the biggest liability to the Khadr-as-a-victim narrative: if his family was so complicit, why has he not renounced them?

After his release, Khadr successfully went to court on numerous occasions to ease the restrictions on communicating with his family. He fought to have unsupervised contact, and eventually to get a passport to visit his sister in Saudi Arabia.

It’s a question Khadr has never answered – and to my knowledge one he’s never been asked.

I’ve never sought to deny Khadr the right to speak. Though as someone who’s written about the free speech fight I must admit it’s an interesting test of where the lines of acceptable campus discourse are drawn. Misgendering someone gets you banned from speaking on campuses but murdering an American soldier fills the house and gets you a standing ovation.

GUEST OP-ED: The government’s defence of their carbon tax is indefensible

BONOKOSKI: The public service reigns, even though it is wholly...