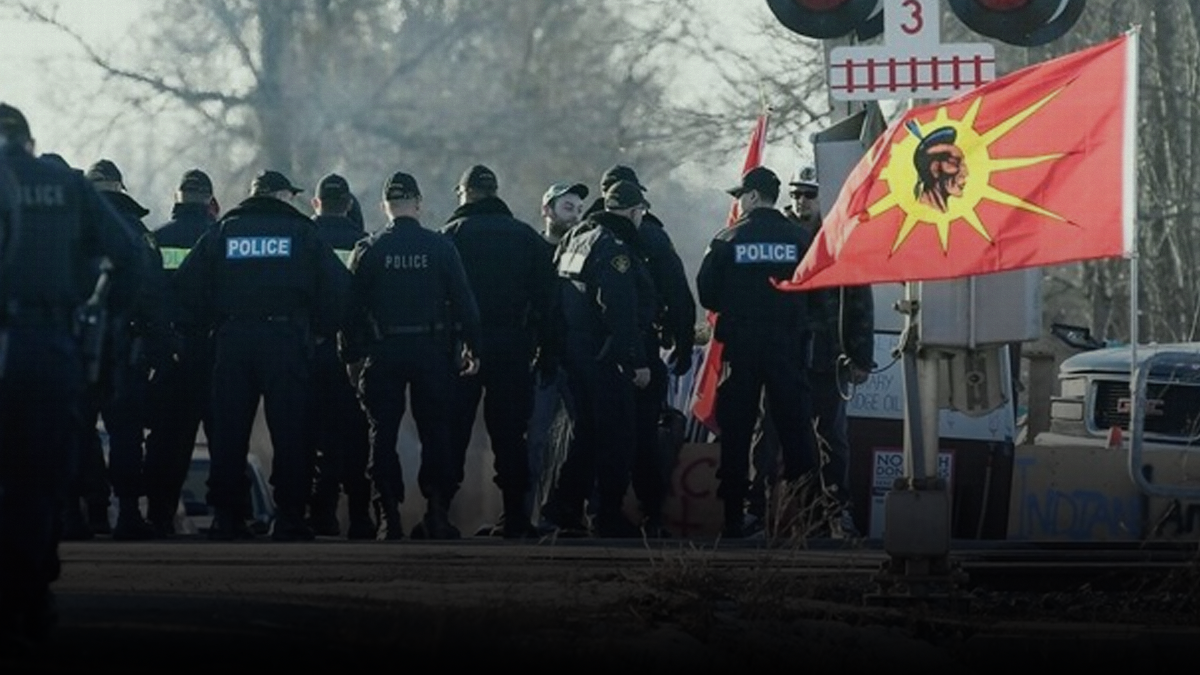 It was good to see the OPP finally take action to enforce an injunction issued against the people blockading the main rail line just outside of Belleville, Ontario. It took nearly a week from the day of service of the injunction until the OPP decided to take action.

Up until that point, the only enforcement action we had seen against these so-called Wet’suwet’en support protesters had been taken in two incidents by the Vancouver Police Department. It was good to see that Chief Adam Palmer would not roll over to political correctness and stand up for the rule of law.

But since the OPP arrested some of the transgressors at Tyendinaga, protests supposedly in support of the Wet’suwet’en First Nations have popped up in small numbers across the country. The police now have to play whack-a-mole to try and deal with these.

Let’s be realistic, these protests have nothing to do with supporting indigenous rights. 20 First Nations along the BC Coastal GasLink pipeline route have signed on to agreements with the energy company that will see their members getting significant benefits from the project in terms of jobs and residual economic benefits.

No, what we are seeing is nothing more than the usual suspects – members of the political left who will show up for any cause that strikes their fancy.

They are the basement dwellers and keyboard warriors who do not contribute to society but manage to complain about every aspect of it.

These are the same people who protested at the APEC meetings in Vancouver in 1997, the storming of the perimeter in Quebec City at the World Trade Organization, the Occupy movement in 2010-2011, the ANTIFA rotating violent demonstrations of the last few years.

These are all the same people.

On Monday in Vancouver, about 150 or so of these folks took over the intersection of First and Commercial for reasons not apparent to anyone. They did manage to screw up the afternoon rush hour and I am told the clouds of marijuana smoke in the air could have gotten commuting drivers stoned had they opened their windows as they were idling in traffic.

They have, for the most part, no jobs, They suck on the public teat and expect the rest of us who pay for everything to listen to them and modify our behaviour accordingly.

They deserve absolutely nothing from the rest of Canada. Nothing. No attention. No credence. Nothing.

What they do deserve is to be arrested, put in front of a judge who can put conditions upon these losers to cease and desist from their stupid actions or face jail. There’s one thing I know for certain, if these idiots are in jail, they cannot blockade a rail line.

The police across Canada have shown a remarkable amount of restraint since this whole mess began. And not in a positive way in my view. The one shining example being VPD as mentioned above. And good for them.

The rule of law is what this country was built upon. No group has any right to ignore the law or to take it into their own hands especially for their own political purposes. Which, in this case, is for raw leftist political nonsense.

The danger here is for the country to allow this to occur. It’s the old adage of “give them an inch and they will take a mile.”

The OPP have finally done their duty at Tyendinaga. And as handfuls of idiots set up support protests across the country, the respective police agencies need to take enforcement action as soon as possible. Allowing the ignoring of the rule of law cannot be tolerated.

Even if the police have to play whack a mole.