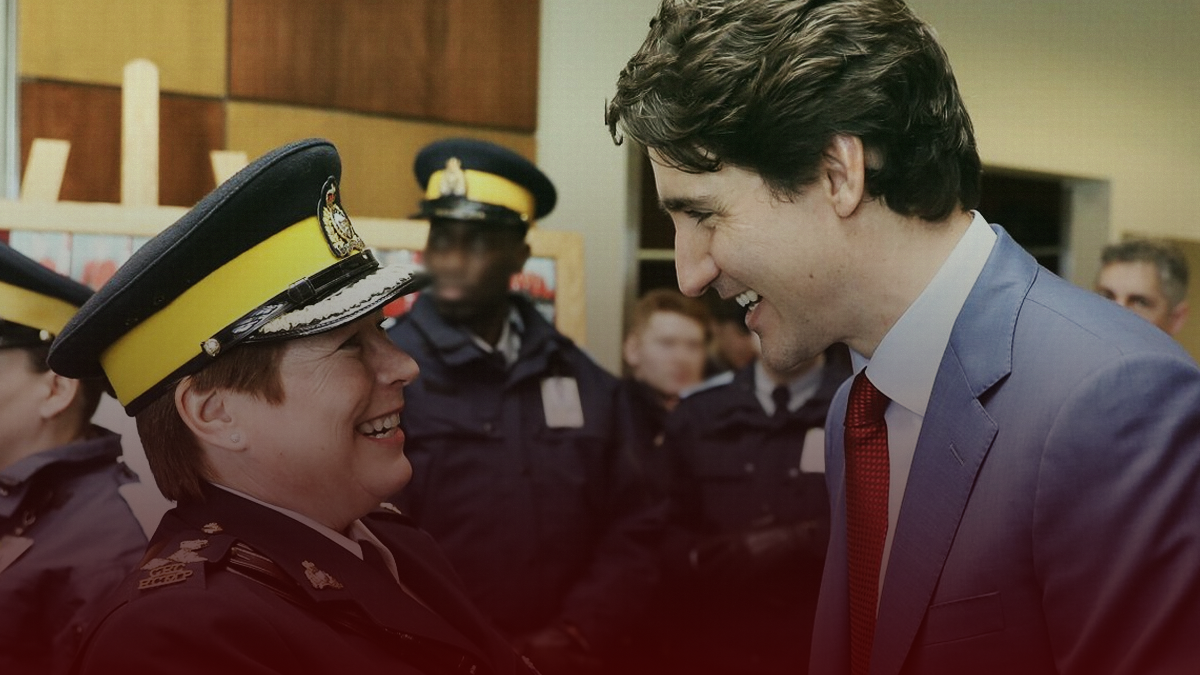 We are witnessing a period of lawlessness in Canada and increasingly, police forces who are declining to do their duty.

I don’t blame the men and women in uniform at the sharp end of things, but given the comments of the Commissioner of the RCMP Brenda Lucki who said this week that “When dealing with indigenous protests, enforcement is the last option for the police.”

Firstly, why should indigenous protests be treated any differently than any other protest?

Secondly, the bulk of these protests and blockades are not indigenous.

Thirdly, they are called law enforcement officers for a reason.

Let’s see if we can break this down for the Commissioner. Parliament enacts laws and the police enforce those laws. It really is pretty simple.  Or at least it should be.

It took the OPP nearly a week after serving the Tyendinaga blockaders a court injunction to actually do their job and enforce it. Since then, we have seen pockets of so-called protesters committing acts of domestic terrorism against trains passing through that area – which I should add is not First Nations territory.

Throwing things at moving trains is beyond stupid, but it is also criminal. Setting fires on or alongside the train tracks is also illegal. To watch a video of OPP officers standing on an overpass watching the illegal activity and doing nothing is absolutely offensive and should offend every Canadian.

Then, to hear the Commissioner say what she did is stunning. What in the world does she think is the job of the RCMP? Apparently, she and the Commissioner of the OPP are in alignment in keeping their members muzzled snd neutered.

In my opinion, Commissioner Lucki was an affirmative action appointment by an incredibly weak Prime Minister. She doesn’t have the resume to be a leader of a modern policing organization and she proves it every day.

She is the subject of at least two complaints of obstruction of justice by one retired member and one serving member. The complaints are being investigated by an Assistant Commissioner named Stubbs who undoubtedly will have to tread very carefully to navigate the rough political waters that come with investigating a criminal complaint against one’s boss.

But, and the salient point is that A/Comm. Stubbs is investigating to take enforcement action. Why? Because that is his job and the job of every police officer despite the nonsense spouted by Commissioner Lucki.

As we go through the so-called Wet’suwet’en support protests across the nation and blockades spring up and there is some limited enforcement action, the Commissioner of the national Police Force needs to be on the same page with the folks like the chief of the Vancouver Police Department, Adam Palmer. Palmer has not tolerated breaking the law over the past three weeks of blockades and protests.

Commissioner Lucki could and should learn a lesson from Chief Palmer about what her job is and why she gets a paycheque.