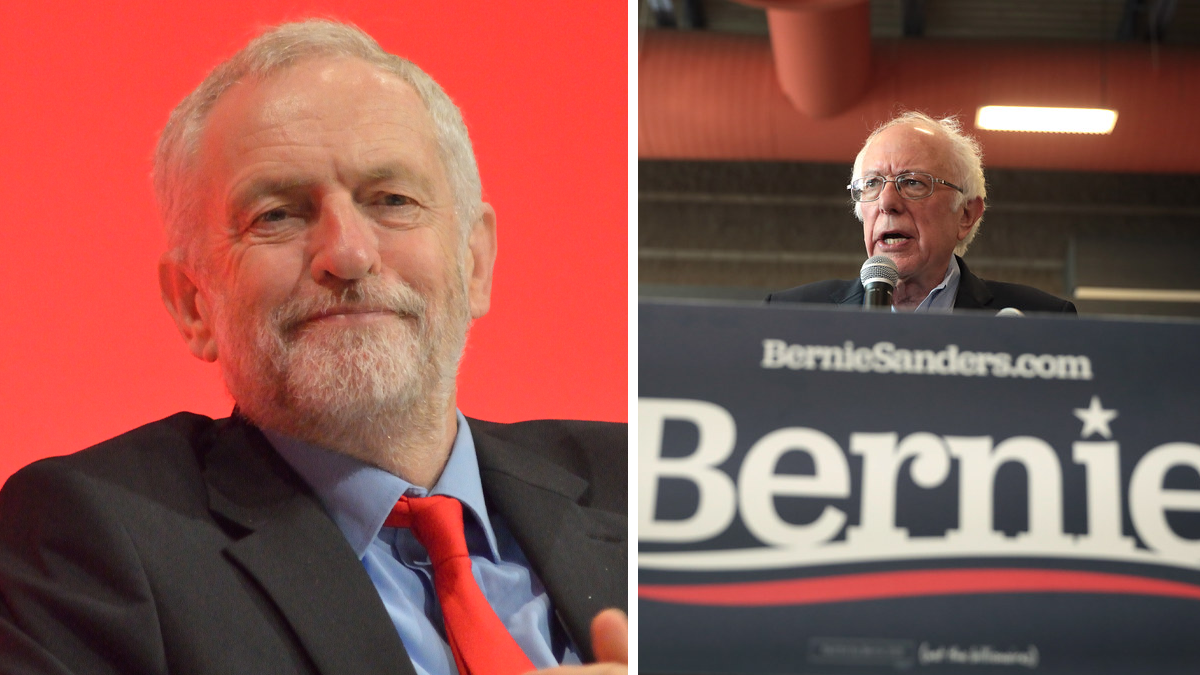 Antisemitism gutted and nearly destroyed the Labour Party in the U.K., now it’s threatening to do the same to the Democrats.

Often referred to as the world’s oldest hatred, antisemitism is the term used to describe the hatred of Jews.

This hatred has been around in one form or another for hundreds, if not thousands, of years. It can usually be seen expressing itself through the use of a number of classical tropes (basically conspiracy theories) about Jews controlling the banks, the media, the government or even drinking the blood of non-Jews.

More recently it has become a political football in a number of countries throughout Europe. In those instances both the right and left accuse each other of pushing antisemitic rhetoric.

This is due to the fact that the narrative tends to include the terms Israel or “Zionist”, which is often used as code for Jews in general. For reference, a Zionist is someone who believes Jews have the right to self-determination in their religious and ancestral homeland of Israel.

In the political realm, it is left-leaning parties in the West which are often in the greatest danger of veering into antisemitic territory when their members fail, intentionally or not, to draw sufficiently clear distinctions between their criticism of the Israeli political establishment or its policies and the Jewish people as a whole, who are also collectively referred to as “Israel” in scripture.

The current discussion around antisemitism in the Labour Party intensified after Jeremy Corbyn became leader in 2015. A self-described “democratic socialist”, Corbyn was a controversial figure nearly from the start, having previously called for the nationalization of British industry, the dismantling of NATO, and for Hamas to be removed from the banned terror list. But having dinner with despots like Hamas terror chief Khaled Mashal was just the beginning of his antisemitism problems.

After submitting a motion to rename Holocaust Memorial Day to “Genocide Memorial Day”, having his membership in racist and antisemitic Facebook groups exposed, and having his party reject an internationally recognized definition of antisemitism from the International Holocaust Remembrance Alliance (IHRA), it became clear that Labour was going to have a serious crisis on its hands.

Then, when British Jews began to raise concerns about antisemitism in the party, an army of online trolls (many pretending to be Jewish) nicknamed “Corbynistas” descended on Jewish social media channels and community organizations.

The situation escalated to such a degree that a poll suggested 47% of British Jews would “seriously consider” leaving the country if Jeremy Corbyn became Prime Minister.

The rise, and ultimate fall, of Jeremy Corbyn should be read as a cautionary tale.

In Canada, the federal and provincial NDP parties have pushed back against the adoption of the IHRA definition of antisemitism. Both parties cited concerns that it would stifle criticism of Israel, even though the definition plainly states that criticism of Israel similar to that leveled against any other country cannot be regarded as antisemitic.

These same concerns hold true for the Democrats as they share some disturbing parallels with the presidential campaign of Bernie Sanders.

Much like Corbyn, Sanders is a self-described democratic socialist with a history of far left, even extreme, political activism who has praised world leaders ranging from the questionable to the despotic — his admiration of the Cuban education system under Fidel Castro only the latest manifestation.

Unlike Corbyn, however, Sanders is Jewish (he recently launched an ad campaign focusing on his Jewish identity) and many of his formative years were coloured by the fact that nearly all of his father’s family members in Europe were killed by the Nazis.

But being Jewish does not mean that one cannot espouse antisemitic views or help others push anti-Jewish rhetoric. His political positions vis-à-vis Israel are often used as a springboard for antisemitism by others, many of whom use the extreme left-wing of the Jewish community as a fig-leaf for their antisemitism.

For example, his latest condemnation of the American Israel Public Affairs Committee (AIPAC) convention as a “platform for bigotry” was seized upon by many, including his own online Corbynista army (dubbed Berners), to attack both Israel and Jews. The tweet received 10 times as many likes and shares than other tweets, including those discussing some of his most popular policy positions.

When combined with the fact that a number of his surrogates and associates have previously made antisemitic statements, the argument that his campaign — and thus possibly the Democratic Party itself — is becoming antisemitic has increasing merit.

These questionable surrogates include Linda Sarsour, Amer Zahr and Ilhan Omar, each of whom has been accused antisemitism.

If Bernie wants to put these concerns to rest, he should step away from these individuals and strongly denounce their remarks.

Unfortunately, it seems unlikely that he will not do so because people like Sarsour, Zahr and Omar allow him a path to victory in the primaries, and maybe even the general election.

As history has repeatedly shown, the increasing acceptance of antisemitism tends to serve as a sign that radicals are exerting more and more influence over our political system. That’s why it’s growing acceptance in segments of the Democratic Party should be concerning to all.

But the larger issue remains, if this could happen in both the U.S. and the U.K., we as Canadians must take care to make sure it doesn’t happen here too.