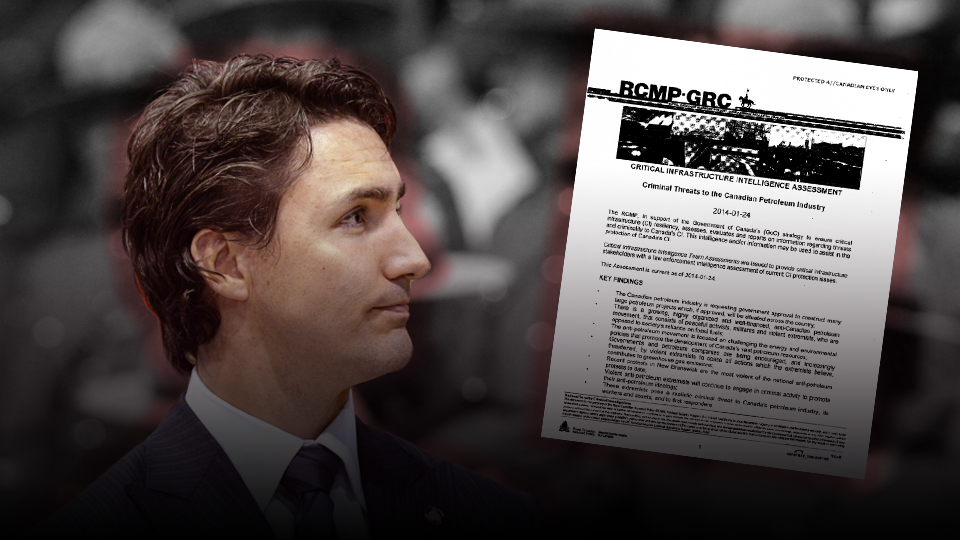 The so-called support protests for the Wet’suwet’en hereditary chiefs that have sprung up across the country have now manifested themselves into what can only be described as domestic terrorism.

This week alone we saw the arson (and subsequent arrest of a suspect) of a CN rail station in Prince Rupert and anarchists on the main rail line starting fires on the main line between Toronto and Montreal and the fourth derailment in less than a month on the same line.

Other incidents have sprung up in Vancouver, Edmonton, Calgary and Quebec. We do know that the so-called Wet’suwet’en hereditary chiefs are actually the board of an NGO non-profit and speak for no one and represent nothing. They have all the authority of a hamster running on a wheel in a cage.

Yet, our government spent three days in “negotiations” with them and announced a deal had been reached but wouldn’t tell Canadians what the details were. Yet, the deal, such as it was, had nothing to do with the blockades. How does that happen?

How do you negotiate a settlement deal with anyone who cannot speak for the actual stakeholders, can’t speak with the authority to actually represent the group of 20 First Nations who signed the pipeline deal after five years of negotiations and much consultation and several referendums on the matter? How do you negotiate with someone and start the process by taking off the table the one thing you actually want which is the end of the blockades?

The Prime Minister should spend a weekend reading Donald Trump’s The Art of the Deal because this effort by his government was an absolute embarrassment in which he came out of with nothing and won’t tell the country what he spent to get nothing while the blockades continue.

The utter incompetence of the Trudeau government was clearly on display when the Aboriginal Affairs Minister Carolyn Bennet made an appearance on CTV on the weekend to try and defend what the government was doing. The result was incomprehensible and embarrassing.  For all the money they foolishly spend could they not afford someone competent to brief and prepare the Minister before she appears on national TV?

But make no mistake about it, none of this has anything to do with the Wet’suwet’en people. The hereditary chiefs have been bought by the Tides Foundation and the Pembina Institute among other eco-activist organizations primarily funded out of the USA.

They seize upon any convenient issue against the Canadian energy sector to yell and shout and stamp their feet. Which, if that was all they did, wouldn’t be so bad. But, it is the acts of domestic terrorism that need to be dealt with and thus far, it is a war the police are losing.

The RCMP identified all of this in an internal report written five years ago called “Criminal Threats to the Canadian Petroleum Industry.”

The report identifies “Greenpeace, Tides Canada and Sierra Canada to name a few,” as significant threats.

It goes on, “Those within the movement who are willing to go beyond peaceful actions primarily employ direct action tactics, such as civil disobedience, unlawful protests, break and entry, vandalism and sabotage. Some of the more violent prone extremists advocate the use of arson, firearms and improvised explosive devices.”

It is very prophetic in fact. Reading the report describes exactly what we are seeing today. What we are not seeing is the police being aggressive to protect the country and the economy from those who would do us harm.

And the government of Justin Trudeau dithers having negotiations with a group who doesn’t speak for anyone, can’t influence anything and somehow, it seems, got bought off without solving any problem.

OP-ED: Why Canada needs a new watchdog focused on the municipal level