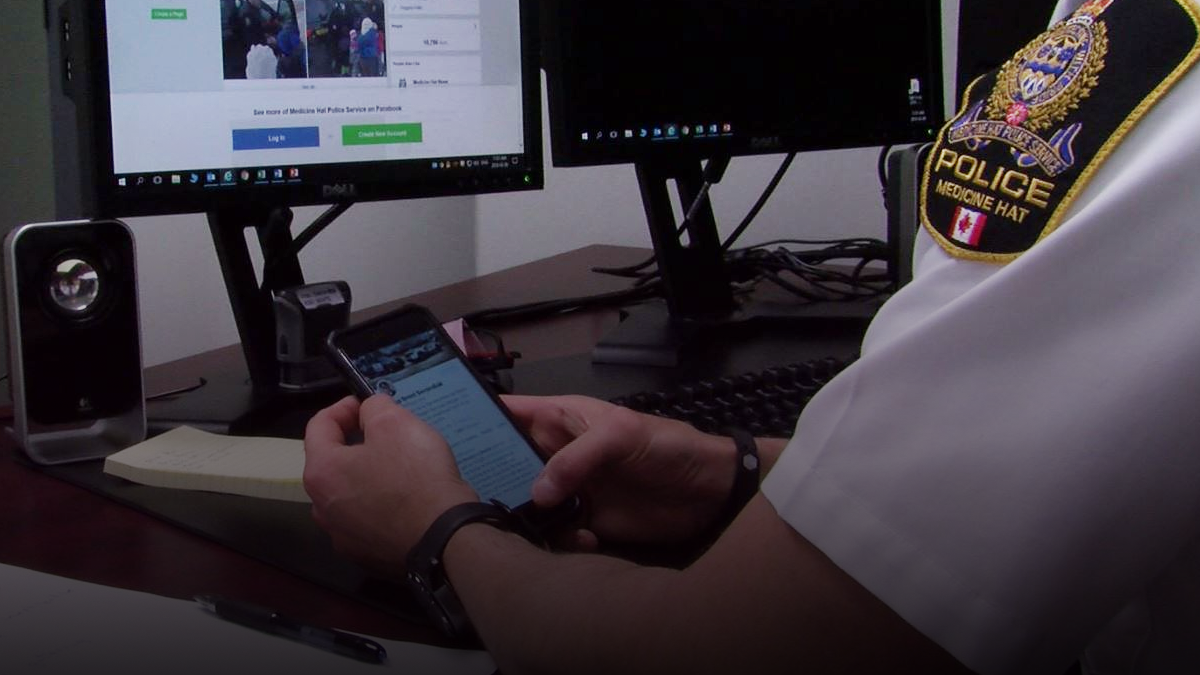 Over the course of the past few weeks, elements of the political left have become aggressive with Canada’s police agencies over their use of Clearview AI’s facial recognition software.

Leftist Canadian media outlets such as the Toronto Star and the CBC have been all over this with their criticism of the police. The CBC ran a story headlined ‘Toronto police admit using secretive facial recognition technology Clearview AI’ as if the police got caught doing something illegal or morally wrong.

The CBC report said that Toronto police said in an email response to their question, “Some members of the Toronto Police Service began using Clearview AI in October 2019 with the intent of informally testing this new and evolving technology,” said police spokesperson Meaghan Gray. She went on to say, “The Chief directed that its use be halted immediately upon his awareness, and the order to cease using the product was given on February 5, 2020.”

Shame on Chief Mark ‘Casper Milquetoast’ Saunders. He should put out a BOLF for his testicles.

News outlets across the country then went after police agencies to see if they could get them to admit using or testing the technology. To their credit, the RCMP issued a press release saying they used it in a child exploitation case that helped them rescue two children being exploited.

Evidently, it is a good tool for police. In fact, according to Clearview AI over 2,200 police agencies in North America and the UK use the software as an investigative aid. A tool, and by all accounts, a very effective one at that.

So, what’s the big deal?

Clearview AI says they use their technology to create a searchable database based on mining images with identities from off the internet, a sort of Google process for photographs.  The company says its database has more than three billion images.

Angus has his knickers in a knot because he says people did not consent to have their images in this database. To him, I would say so what?

If anyone posts an image of themselves to Facebook, Twitter, Instagram or any other social media platform that can be accessed by anyone with a smartphone, what expectation of privacy do they have? And why do the hand-wringers and pearl-clutchers think that somehow Clearview AI and the police who subscribe to their technology are invading anyone’s privacy?

People have a choice in the way they use social media and the internet. If they choose to share an image publicly then, in my view, Clearview AI has the right to collect that image and include it in their database. They only mine open-source material – images available to anyone with an internet connection.

I truly do not understand why the left is outraged. Facial recognition software has been around for more than a decade. It’s used by military, police, at airports to identify possible terrorists and other uses. The difference in this seems to be the manner in which Clearview AI has obtained the photos for their database.

The federal Office of the Privacy Commissioner announced last week it would be investigating along with his counterparts in B.C., Ontario and Alberta. The left is trying to cow the police into bending to their will and admit what they are doing is wrong. I say nonsense. If it helps investigators, they should use it.

The technology was used this week to identify a suspect and bring a successful conclusion in a violent sexual assault in California. I fail to see how that is a bad thing. Nor the RCMP using it to rescue two kids being exploited.

People post things to their social media sites of their own volition. Clearview AI has simply found a way to harness all of that and sell it to subscribing law enforcement agencies.

For them, it’s a valuable new tool and the left and Higher Purpose People like Charlie Angus should butt out.