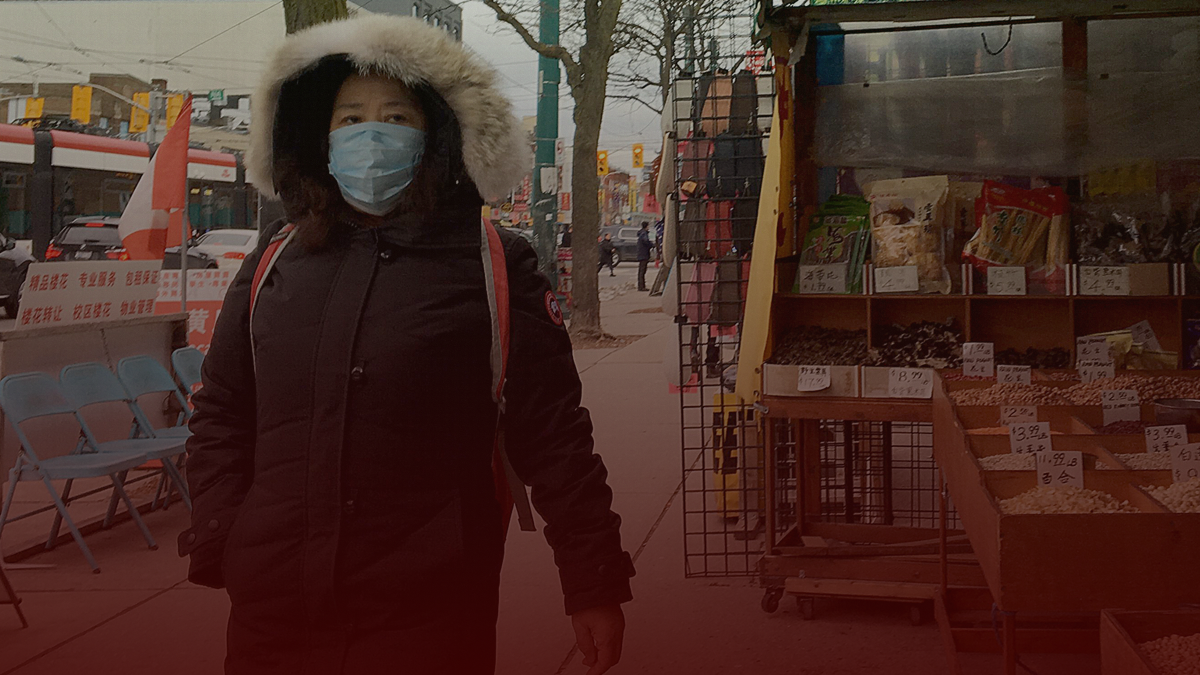 Canadians are becoming increasingly concerned about the spread of COVID-19 and many have decided to self-isolate or avoid certain areas or large gatherings. Choosing to stay away from a particular person or place because you’re fearful of catching the virus may be discriminatory, but is it racist? And aren’t they the same thing?

When news of the COVID-19 outbreak in Wuhan, China began to circulate in the media, many Canadians felt a sense of detachment. The virus was far away and across an ocean, in a part of China they had likely never heard of, let alone would be able to find on a map.

Then media reports and videos — supposedly from Wuhan — began to leak out on social media. Trucks spraying massive clouds of unknown substances, authorities appearing to weld doors and gates shut, locking people in their homes and individuals collapsing on the streets.

As the numbers of infected began to rise, speculation as to the origins of the virus became a near pastime for many online. Did it come from a secret weapons lab? Was it contracted by eating raw or unusual animals? All throughout though, one thing was clear: the going narrative was that this was clearly a ‘Chinese’ virus.

That’s when Prime Minister Justin Trudeau began warning Canadians against a rise in racism and hostility towards the Chinese community. This echoed an earlier warning from Chinese community leaders fearing a repeat of the racism they said they faced during the SARS epidemic.

As the numbers of infected began to surge and cases appeared in additional countries, anxiety around the virus began to increase. Many vowed to stay away from Chinese restaurants and neighbourhoods, citing increasing concern that they might catch the virus, either from someone who had been to Wuhan or had themselves contracted it from an individual who recently travelled to China. Now calls to avoid Italians and Iranians have begun to crop up after both Italy and Iran reported large-scale outbreaks.

Along with general fear and panic over COVID-19, many Canadians — and people across the globe — will, in the coming days and weeks, make decisions about where to go, who to associate with and what precautions to take.

These actions are, by their very nature, discriminatory because they draw distinctions between two or more people, places or things.

But are they racist?

Dr. Thomas Sowell, American economist and senior fellow at the Hoover Institution at Stanford University provides a useful analytical tool which can help us understand, as he puts it, the three types of discrimination: 1a, 1b and 2.

Discrimination 1a is when an individual is sorted (or discriminated) based on relevant characteristics specific to each person. For example, Kennedy is Chinese and has visited family in Wuhan recently where a COVID-19 outbreak is happening; I will, therefore, avoid contact with him for the near future.

An example would be: there are many Iranian foreign exchange students at my school and I know that a number of them travel to Iran regularly. I also know that Iran currently has a considerable outbreak of COVID-19; since I do not know whether or not each individual has visited Iran recently, I will avoid contact with them as a group for the near future because they are more likely as a group to have individuals who have visited Iran compared to the foreign exchange students from Japan.

Discrimination 2 occurs when someone makes a decision based on arbitrary discrimination that ignores characteristics relevant to the decision making process. This is known as ‘animus’ or ‘taste-based’ discrimination because the only thing important to the decision-maker is one specific known characteristic; the person who I buy my morning coffee from is Asian, I am not sure whether or not he is Chinese or from another country in Asia, but I plan on avoiding him for the near future.

It is this type of discrimination (2) that most individuals would correctly associate with the racism and discrimination that we as a society reject, since it divides people based on only one characteristic, regardless of whatever personal specifics may be relevant.

Imagine you are walking down the street in an unfamiliar neighbourhood at night when you suddenly see a shadowy figure walking towards you. As they get closer you notice that they are what appears to be a menacing-looking man. In this case, the cost of judging him on his particular merits would be too high. You must therefore, for your own safety, make a judgement about this individual based on the usual characteristics associated with people who look like him since his appearance is the only thing you have to judge in this particular case.

Now imagine you’re walking down that same street and you see an elderly woman coming towards you, your decision would undoubtedly be different. The legitimacy of using discriminatory thinking in your decision making is entirely case specific.

Not all categorizations are the result of malicious, racist or otherwise evil intent, and it is important to note this fact. Examining a person’s overall pattern of behaviour, as opposed to the specific instance of discriminatory decision making — especially when panic over the COVID-19 outbreak is rising and may soon reach outrageous proportions — will help lower or avoid friction between individuals.

Avoiding groups which have a statistically higher likelihood of carrying the virus is certainly discriminatory, but it is not always racist.