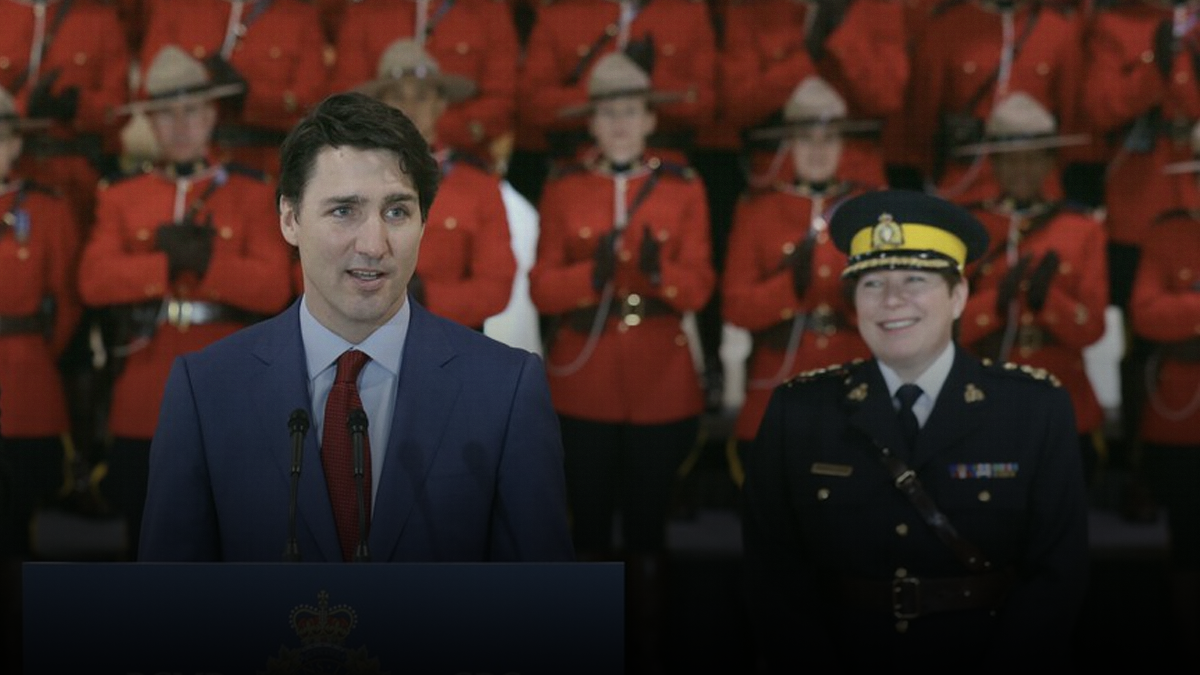 Lost this week among all the noise surrounding the COVID-19 pandemic, was the report dubbed 2020-2021 Departmental Plan for the RCMP.  It was tabled in Parliament by the Minister of Public Safety Bill Blair.

I have rarely, if ever, read such a piece of bureaucratic drivel as this document. It goes on for 35 pages and says nothing of importance. Oh, it proclaims the virtue of Justin Trudeau’s gender equity and transgender inclusiveness and the rest of the Liberals virtue signalling idiocy like green initiatives and all that nonsense.

But it doesn’t deal with the real challenges that face our national police force. After just having been hit with a $1.8 billion settlement price tag to deal with class action harassment lawsuits by serving and former members of that dysfunctional organization, it does not talk about the way forward.

For at least two years the RCMP has been struggling with recruiting. In December 2018 the CBC ran a story headlined: Short-staffed RCMP looking at ‘everything’ to attract new recruits. In reality, the problem has been going on for much longer.

The reality is that RCMP changed their recruiting practices 20 or so years ago which made it more difficult to get hired by the Force. The prototypical Saskatchewan farm boy, once a stalwart of contract policing in the west suddenly was no longer desirable to the politically enlightened leadership of the RCMP.

They wanted post-secondary degrees, gender equity and diversity to reflect ‘the community they serve.” Affirmative action hiring became the norm.

This left the largest policing agency in Canada with a shortage of folks who wanted to do the dirty work that is actual policing. The sort of work done by the Saskatchewan farm boys without complaint. The new hires felt night shifts were beyond them given their hard-earned degrees in social studies.

In the late 90’s they started teaching their snowflake recruits they could “opt-out” of calls if they deemed they were too dangerous to attend. I can’t even get my head around that one. Policing is a dangerous job. It is a job typically done by those who answer a call to serve their community. You are trained and paid to run towards danger not to “opt-out.”

But that was then back when I wore the red serge I suppose. It would seem the leadership of the RCMP can’t get out of their own way.

This report tabled by the Minister tells me that things aren’t getting any better. Consider this statement from the report: “The RCMP is also implementing the Safe Place Program, a public awareness initiative that promotes a partnership between businesses and police to provide a safe place for members of LGBTQ2S+ communities that may be experiencing harassment, crime, or bullying.”

Um, their own members are the victims of harassment and bullying. That’s why the RCMP has to pony up $1.8 billion.

Or this: “The RCMP supports transgender, non-binary, and two-spirit employees.”

What does that even mean? There is also a section about Gender Equity and the Emergency Response Team. Now, I don’t know about you, but if I am in an active shooter situation and the ERT is responding, I honestly don’t care what the genders of the team members are. I want to know they can and will get the job done.

It’s clear that the bureaucrats in the PMO and the Public Safety Ministry had their fingerprints all over this report.  Speaking of affirmative action hires, the Commissioner of the RCMP didn’t have the intestinal fortitude to tell them to bugger off and she would show them the report when it was done and not before.

What is clear in reading this report is that the management of the RCMP has been taken over by the Trudeau Liberals.

Very sad for a once proud and great organization.