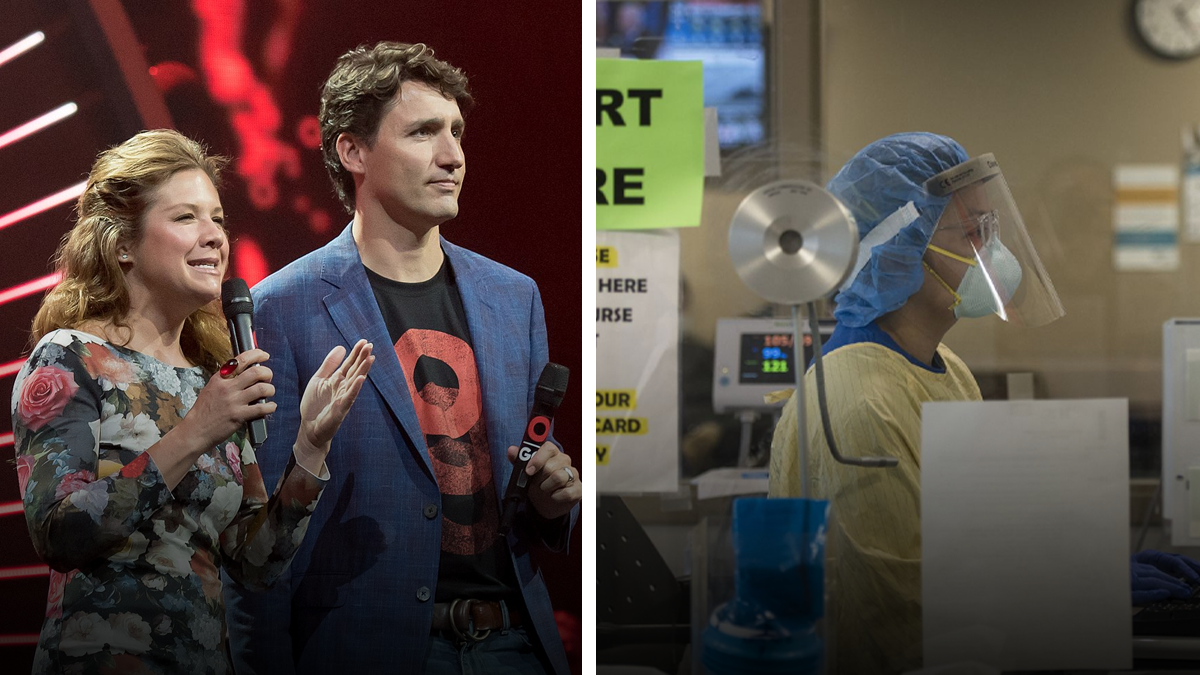 Why have so many famous people been diagnosed with coronavirus?

First, we learned that actor Tom Hanks and his wife Rita Wilson tested positive for COVID-19, the technical name for the coronavirus disease that originated in Wuhan, China in late 2019.

The couple is in Australia, on location filming Hanks’ latest film.

Next, news broke that the NBA was suspending its season after Utah Jazz star Rudy Gobert tested positive along with his teammate Donovan Mitchell. Just hours before his diagnoses, Gobert was making light of the disease and jokingly rubbed his hands all over a set of microphones in response to reporters concerned questions.

He later apologized for his “careless” actions.

Does the disease disproportionately affect the rich and famous? They do attend more events, travel more and interact with crowds far more than the rest of us.

Or, perhaps it’s that the privileged global elite have special access to testing that is being denied to the general public.

Compare Sophie Trudeau’s situation to my own.

Last weekend, I flew from San Jose, California to Toronto, landing at Pearson International Airport after spending some time in Silicon Valley.

Part of the problems with coronavirus is that young and healthy people are often asymptomatic carriers of the disease. But, like Sophie Trudeau, I began to develop some mild symptoms consistent with the coronavirus — a low-grade fever, dry throat, but no sneezing or runny nose.

When I reached out to health authorities, both with Health Ontario and Toronto Health Services, I learned that I don’t “qualify” for coronavirus testing.

After waiting two hours on hold, an agent from Toronto Health Services assured me that I do not have coronavirus and there is “no point” in administering a test. She advised that I stay home and self-quarantine — a decision my family and I made several days earlier.

I was explicitly told that 1) I was already screened at the airport, which is untrue — there was no screening or Health Canada presence at International Arrivals the day I returned — and 2) the only people in Canada being tested were those who were both showing symptoms and who had recently visited Italy, Iran or Wuhan, China.

So why was Sophie Trudeau tested? She didn’t go to those places.

There have been 596 reported cases in the U.K., where Sophie visited, compared to more than 1,600 cases in the U.S., where I visited. This week, Toronto reported its first case of community transmission — meaning you don’t even need to leave the country to catch the deadly disease.

Why aren’t more Canadians being tested? The truth of the matter is that the reason infection rates are so low is because testing rates are low. Canada simply doesn’t have the capacity to test everyone who potentially has the disease, thus keeping statistics artificially low. This is likely true all over the world.

When it comes to one of the deadliest diseases in our lifetime, Canada has a two-tier healthcare system. One for the political elite and another for the rest of us.