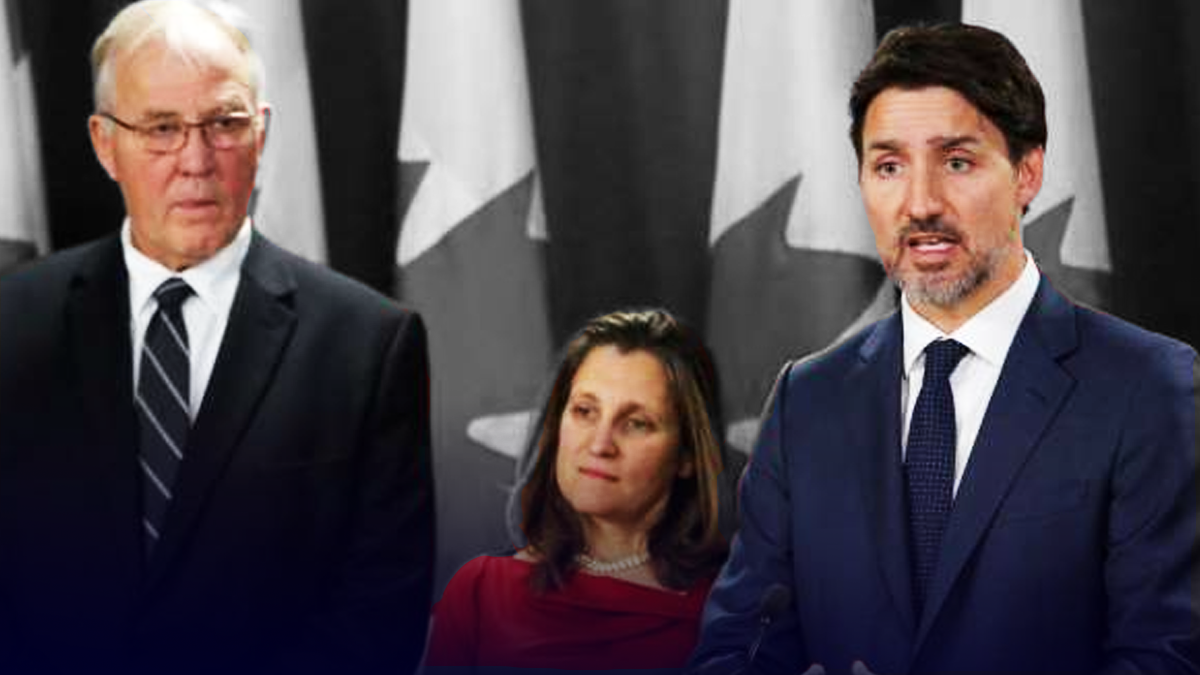 What a bizarre week in Canadian politics.

Prime Minister Justin Trudeau is in self-imposed quarantine because his wife Sophie was being symptomatic and tested positive for COVID-19. She was in London last week attending a conference and got infected.

Yet, Trudeau finally awoke from his slumber and declared in a press conference from his home at Rideau Cottage that Canada was closed to all except Canadians and permanent residents. He said that order did not include Americans.

The following day, that all changed when Trudeau and President Trump declared that the border between our two nations would be closed to all but essential travel, which includes cross-border trade. Evidently, President Trump had some different thoughts about keeping his nation safe in the face of a global pandemic.

The following day, Public Safety Minister Bill Blair held a press conference in which he misled the assembled media who were asking about the illegal border crossing used by over 50,000 refugee claimants at Roxham Road and whether that would finally be closed as a result of the Prime Minister’s announcement.

Blair said it would not, but that persons crossing into Canada from the U.S. were screened and if they showed any symptoms of COVID-19 they were quarantined for two weeks before entering the refugee claim program.

Well, that was too much for the head of the union for Canadian Border Services Agency personnel, Jean-Pierre (JP) Fortin was quoted in the Montreal Gazette saying this was not the case.

It was left to the Deputy Prime Minister Chrystia Freeland to try and clean up the mess at yet another press conference when she said that they were not yet being quarantined but officials were looking for a quarantine solution.

Freeland said that starting Friday, Canada’s Immigration Minister Marco Mendicino would begin searching for a location to quarantine the asylum claimants for at least 14 days.

Translation: as soon as a location is found in close proximity to the “temporary” facility built to house RCMP and CBSA screeners who act as Walmart greeters to migrants ignoring our law and crossing the border illegally and then claiming refugee status, several more million taxpayer dollars will be spent to construct something. And then several million more to staff it.

The Liberals are trying to change the English language and not call the migrants illegal immigrants but rather “irregular” immigrants.

Technically, it is illegal for anyone to enter this country at any location other than a designated Point of Entry (POE). It is an offence under the Customs Act. But, even if the RCMP say they are under arrest, as soon as they utter the words claiming refugee status, the Immigration and Refugee Protection Act kicks in and they are not subject to any prosecution for the original transgression of entering the country illegally.

What is lost in all of this is that by tweeting out an open invitation to the world’s migrants, Trudeau created a new avenue for organized crime to traffic in people from third world countries and bring them to Canada. And then our generous system kicks in and we provide them with accommodation, welfare and free healthcare.

A good deal if you can get it I suppose.

I am told the cost to the Canadian taxpayer is at least $50,000 per year, per refugee.

And why are we doing all of this?

According to the government’s response to the 2019 Auditor General’s report critical of the government’s handling of the refugee situation, “We are also tackling the root causes of international irregular migration. Canada has led the way on the Global Compact on Migration, which will allow the international community to collaborate in helping resolve some of the underlying issues that force people to leave their home.”

Ah yes, because we must do what the United Nations says.

What a bunch of bureaucratic pablum. But it seems this whole week has been full of all of that and a whole lot of untruths by the Prime Minister and several ministers of the Crown.

This whole situation is shameful really, but it won’t change anytime soon despite the claim by the Prime Minister that he is closing our borders to non-Canadians. To also close the illegal crossing at Roxham Road would be easy, but Trudeau would have to admit that he has been wrong all along.

Update — This morning, the Prime Minister announced people crossing the border illegally would be returned where they came from.

Quebec Premier Francois Legault said publicly that Quebec couldn’t handle any more illegal border crossers and the federal government would have to assume the responsibility for the quarantining of anyone illegally crossing the border at Roxham Road from upstate New York into Quebec.

It seems the one thing that can convince the Prime Minister to move off his foolish nonsense is pushback from Quebec.