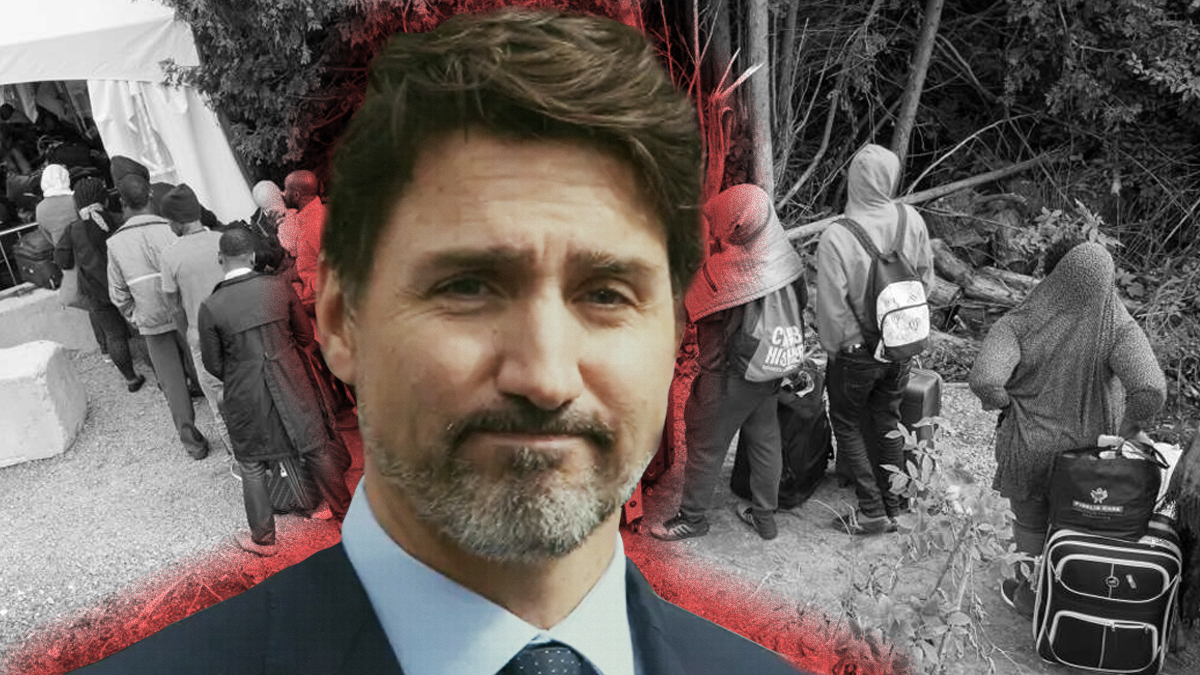 When does closed really mean open?

The Trudeau government announced earlier last week that Canada’s borders were closed — later admitting broad exemptions, including to illegal border-crossers, asylum seekers, temporary foreign workers and anyone part of the supply chain whose job involves getting goods in and out of Canada.

In other words, our borders were still wide open.

Since the onset of this virus-turned-global pandemic, the Trudeau government has insisted that grounding international flights and closing our borders to foreign travellers would not stop the spread of this deadly disease.

On March 13, Federal Health Minister Patty Hajdu explained why Canadians were wrong to want our borders closed: “Canadians think we can stop this at the border, but what we see is a global pandemic, meaning that border measures are actually highly ineffective at stopping this and in some cases create harm.”

With no restrictions on flights from China, or on travellers coming from other outbreak centres including Iran, Italy and South Korea, and with a total absence of health screening at airports up until a few days ago, the virus easily made its way into Canada.

And with no restrictions or cautions against domestic travel from our leaders — who even allowed a large dental conference to be held in Vancouver, where several of the 15,000 attendees have since tested positive — the virus quickly spread throughout Canada and to every province in the country.

The Trudeau government then did an about-face and joined the rest of the world to introduce some restrictions on travel. Canada would finally — finally! — begin closing its borders amidst the exponential growth in coronavirus cases.

But the more details we’ve learned about this so-called border closure, the more of a farce it has become.

First, we were told that despite the ban on foreign nationals, Canada would still welcome asylum seekers who crossed into Canada illegally. The feds refused to take any measures to stop illegal border crossers who enter Canada from New York state at Roxham Road.

According to CBSA union president Jean-Pierre Fortin, the number of illegal border crossers jumped to 80 per day — up approximately 35% from just two weeks ago.

Public Safety Minister Bill Blair told Canadians on Tuesday that illegal border crossers apprehended at the border were being screened thoroughly and if they showed any signs of illness, they were sent to quarantine.

But Fortin told the Montreal Gazette that there was no quarantine in place, contradicting the minister’s statement.

Things got messier on Thursday when Deputy Prime Minister Chrystia Freeland told Canadians that the government hadn’t even started looking for a place to quarantine incoming asylum seekers.

“Beginning tomorrow,” she said, the feds would begin looking for locations to quarantine asylum seekers.

So, it is with a grain of salt that Canadians should accept Trudeau’s Friday statement that Canada had reached a deal with the U.S. to stop and return all illegal border crossers.

After years of Liberal politicians and their snooty friends in the media insisting that it was impossible to close the illegal border crossing at Roxham Road because the U.S. would never agree to take back asylum seekers, suddenly, Trudeau is making it happen.

But many questions remain.

Minister Blair confirmed that Canada would begin turning away migrants on Friday, but those who have already crossed illegally would get to stay.

How many of those migrants have tested positive for the coronavirus?

Are sick asylum seekers being held in isolation? If so, where?

Canada is now bracing for shortages and rationing in our healthcare system and doctors are warning that we are mere weeks away from having to turn away patients in need of ICU beds and ventilators.

Trudeau should not only slam the door on illegal immigration, he should remove gold-plated health care benefits to those who entered the country illegally under his watch.