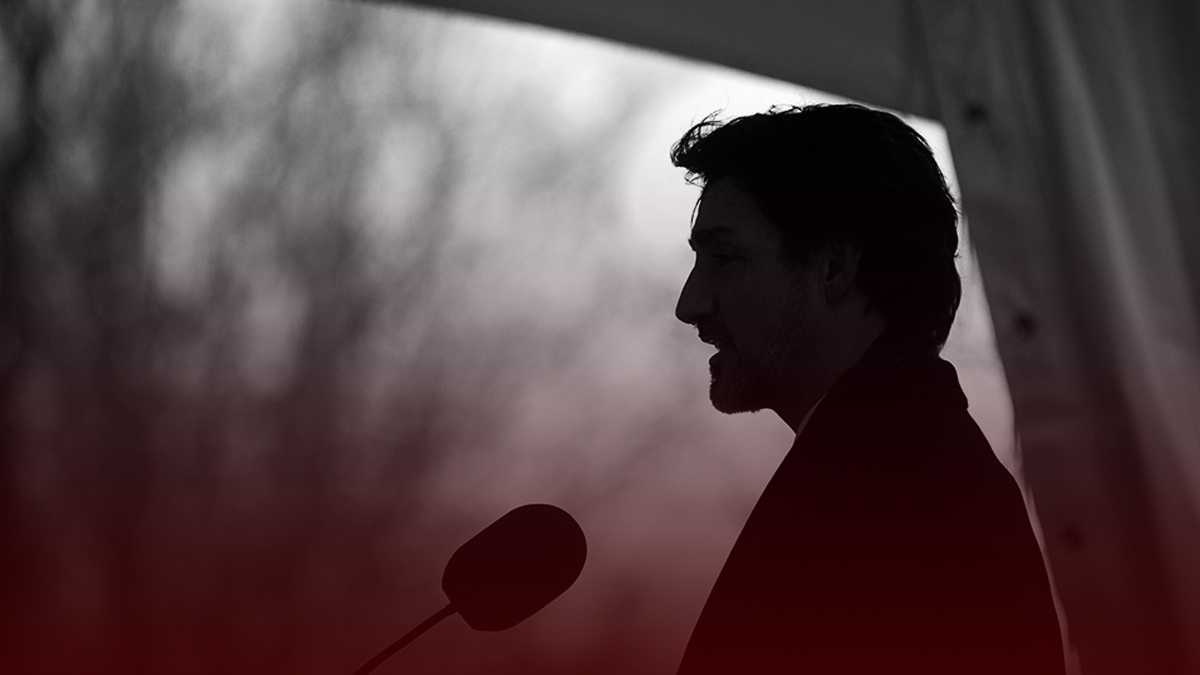 Please spare us from over-reaching governments who may mean well but don’t know the square root of bugger all about what they are doing.

Every politician wants to be seen like they are in control, and that they somehow know better than the rest of us about how this coronavirus outbreak will play out.

The Prime Minister has announced that he will recall Parliament on Tuesday to consider significant emergency measures to deal with the global pandemic. God help us.

Let’s be realistic, Trudeau, whether in blackface, dancing in Indian costume or the current bearded self, is not a serious person. That’s probably the nicest thing I can say about him.

Word is he is considering implementing the Emergency Measures Act, which would give him the authority to deploy the Canadian military to do a number of far-reaching and authoritarian things. It was last used by his father in October of 1970 during the FLQ crisis when Trudeau the Elder deployed the military onto the streets of Montreal.

They had uninhibited powers to arrest anyone they wanted, unlimited powers of search, and in many cases, they abused that power. It was very frightening for anyone on the streets of Montreal.

This must be resisted at every level.

Justin Trudeau is not savvy enough or responsible enough to handle powers of that scope. These measures are fundamentally counter to Canadian values and our longstanding rights and freedoms.

The opposition Conservatives need to be screaming from the parapets against this action.

I’d call for support from the other parties in opposition, but Elizabeth May is a fringe ideologue who only cares about green evangelism and not about Canadians or our well-being. Jagmeet Singh, likewise, doesn’t understand his constituency or have a handle on most issues going on in the country, and the Bloc won’t do anything unless it means special treatment for Quebec. None are well-poised to stop a narcissistic prime minister from abusing his power and stomping on our civil liberties.

In the midst of a global health crisis and tumbling global economy, every local politician feels the need to do something, even if that something yields no results. Frankly, they typically yield negative results.

Consider the left-wing municipal government in Vancouver with the self-righteous mayor Kennedy Stewart.

His government has blocked parking access in the public areas around Stanley Park and the  Sea-wall to stop joggers and cyclists from getting fresh air and exercise.

They have also closed access to parks, playgrounds, skateboard parks and other recreational areas.

Heaven forbid they allow stressed and homebound Vancouverites to relieve some stress by enjoying an hour outside in one of the city’s vast urban parks. Governments simply don’t trust citizens to follow basic rules and protect ourselves by staying six feet away from others.

Yet, these same busybodies stand mute about the hundreds of people living rough in Oppenheimer Park in a tent city that has been the location of recent shootings, stabbings and police seizures of weapons. This dangerous tent city, I might add, is largely tied to organized crime and the drug trade.

Instead of dealing with the real threat of vulnerable people contracting a virus or other diseases through unsanitary living conditions and open drug use, the Park Board has ordered all manner of restriction for ordinary Vancouverites who may want to use city parks. Meanwhile, they conveniently ignore the flotsam and jetsam of society who have turned Oppenheimer Park into a ‘No Go’ zone for anyone not inculcated into that anarchistic portion of society. And I might add, in a tent city with nowhere to wash one’s hands.

Not to be outdone, the North Vancouver District Council issued an edict that the hiking trail in Lynn Valley Canyon and the trail in Deep Cove to Quarry Rock must be closed to prevent, well, I don’t know what exactly.

I have hiked both mountain trails many times and I can say unequivocally that hikers must maintain a distance from each other in single file to pass through the narrow stretches of the trails. There is no way to congregate in large groups, as the council seems to think is a concern.

The sad reality is that there have been ten deaths from the coronavirus in North Vancouver. But each case has been of a patient in a long-term elderly care facility in Lynn Valley, where a cluster outbreak occurred weeks ago. I’m pretty sure not one of the residents of that facility went off for a hike to Quarry Rock on a Sunday afternoon.

The problem with all of this is that too many politicians, especially those on the left, feel like they must be seen to be doing something. But just because we’re in a crisis, doesn’t suddenly make them competent or trustworthy.

Most politicians are still just as clueless as ever, and their solutions will probably end up doing more harm than good.