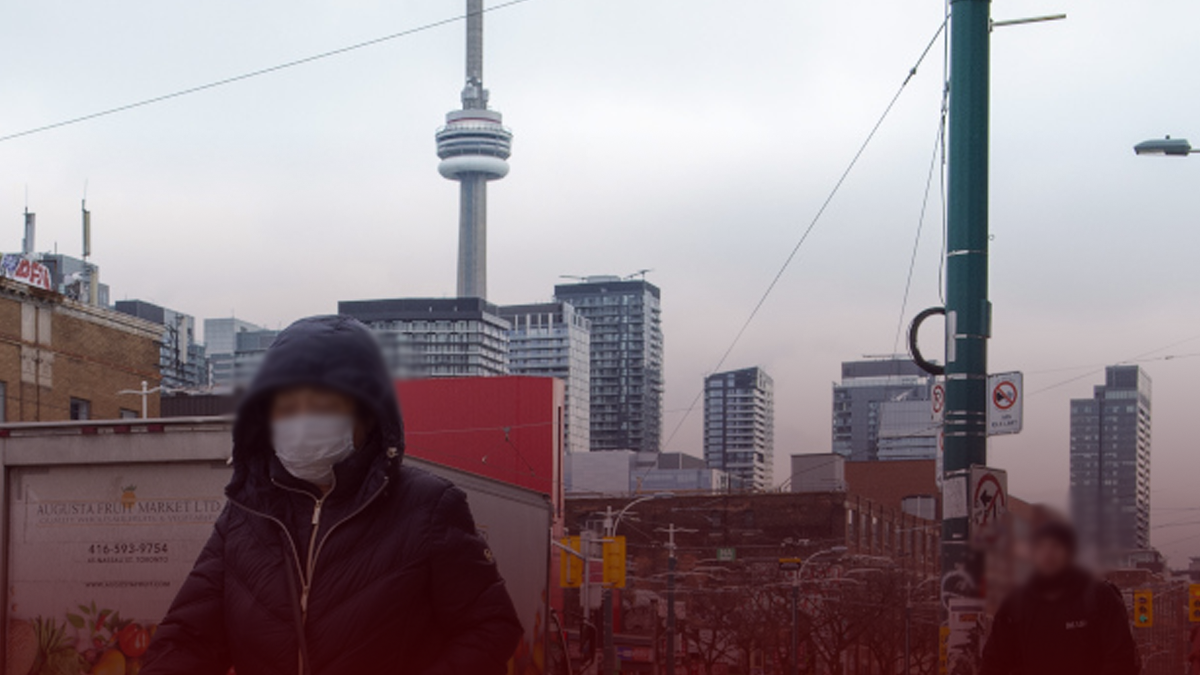 Ontario health officials project that between 3,000 to 15,000 could die from the coronavirus in the province. The range of the deaths depends on whether all current and additional measures are followed.

The President and CEO of Public Health Ontario Dr. Peter Donnelly delivered the remarks alongside other health officials on Friday.

“Our objective today is to share the modelling and projection data that command table has been using to inform our work and has been using to advise the government on their response to COVID-19,” said Dr. Donnelly.

“It is not possible to be exact about where we will end up but I think it is reasonable to say that if we do everything that we can think of everything that already has been done stays in place all of the other measures that are being considered that I think we can reduce the death toll somewhere between 3,000 and 15,000. There is a range because where we end up depends on us.”

According to the Dean of Dalla Lana School of Public Health and the University of Toronto, Adalsteinn Brown, without any intervention Ontario would have had up to 300,000 cases for the month of April and 6,000 deaths.

“Had we taken no action, again even within the short 30 day period between here and now you would be looking at up to 6,000 deaths,” said Brown.

Over the course of the entire pandemic, modelling projects that without any public health measures, Ontario could have had to deal with 100,000 deaths.

“I think it’s important that we are robustly realistic in the scale of the challenge we are about to face,” said Dr. Donnelly.

“Had we done nothing, Ontario may have suffered 100,000 deaths. Thankfully, that is not the position we are in.”

Speaking on hospital ICU capacity, President and CEO of Ontario Health Matthew Anderson said that without following social distancing measures strictly, serious cases of the coronavirus would start to overwhelm ICU bed capacity by this weekend.

Prior to the announcement, Premier Doug Ford told Canadians that he would make the projections available to the general public.

“They’re going to tell the public exactly what they’re telling me and it’s going to be very clear where we were, where we are now and where we could be if we don’t follow the chief medical officer’s protocol,” said Ford on Thursday.

As of Friday, Ontario had 3,255 confirmed cases of COVID-19. According to the provincial government, 67 people also died from the virus.

Critics have been calling on Prime Minister Justin Trudeau to release national projections. On Friday, Conservative Party leader Andrew Scheer urged Trudeau to release all relevant data on the virus that has not been made publically available yet.

“Mr. Trudeau says his government is being guided by the evidence. So it’s time to release that evidence,” said Scheer.

During his daily coronavirus update, Trudeau told the media that his government wasn’t ready to release projections but would do so in upcoming “days and weeks.”

“People can imagine a range of scenarios that shows everything from everyone just suddenly gets better within the next few weeks, to the situation just keeps getting worse,” said Trudeau.

“There is a range out there, and just highlighting that range is not as useful or important and being able to get clearer numbers and clearer analyses of what we are likely to face.”