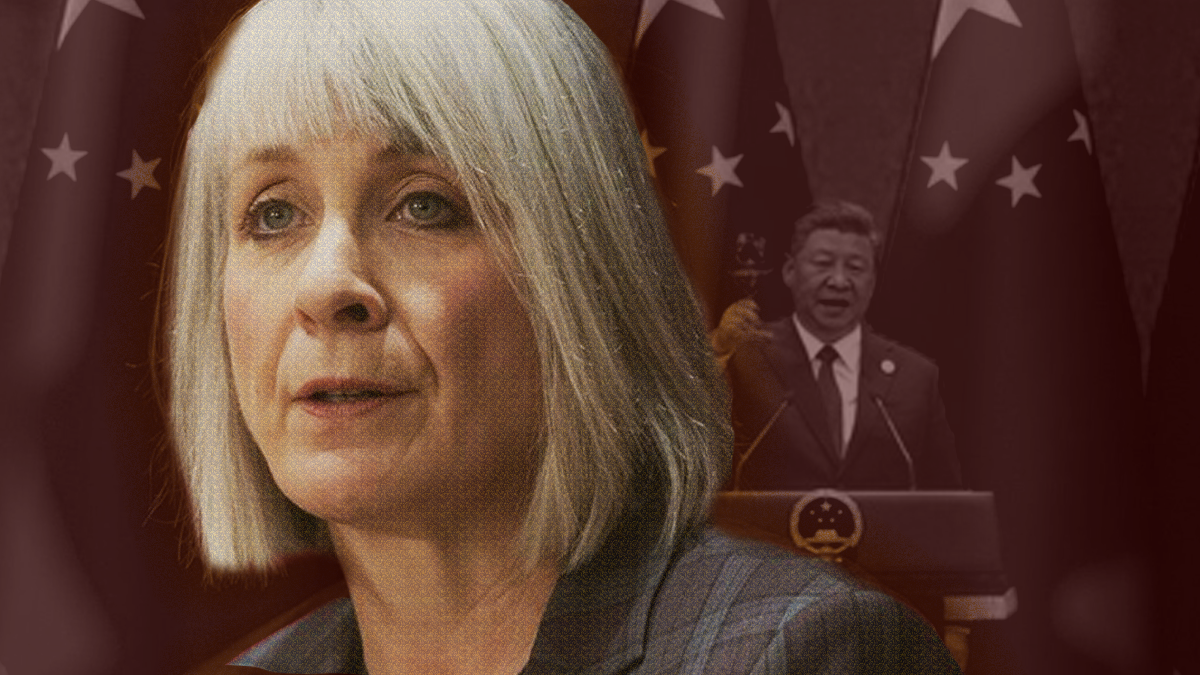 I don’t say this often, but I think the Trudeau government deserves some praise for its handling of the coronavirus pandemic this week. Deputy Prime Minister Chrystia Freeland, in particular, has been impressive in setting the record straight and providing a calm and intelligent line of reasoning behind each government decision.

There are, however, some glaring exceptions to this statement. I’m talking about Health Minister Patty Hajdu and her despicable parroting of Chinese Communist Party propaganda during Thursday afternoon’s media briefing.

CTV’s Ian Brown asked the COVID-19 panel to respond to a Bloomberg news story about a classified U.S. intelligence report on China hiding the extent of the coronavirus outbreak by under-reporting the number of cases and deaths.

“There’s no indication that the data that came out of China in terms of their infection rate and their death rate was falsified in any way,” Hajdu said sternly.

This was a remarkable moment. A top member of Trudeau’s inner circle was ardently defending a communist regime known for grave human rights abuses and lying on the world stage, while tacitly accusing our top ally and most important international partner of spreading false information.

To add insult to injury, when Brown tried to push back with facts, Hajdu lashed out at him, accusing the reporter of “feeding into conspiracy theories.”

Not only was this an autocratic response to a very reasonable question — making the minister look more like a Chinese official than an elected civil servant in a liberal democracy — but Hajdu’s comments are also highly ignorant and in contradiction to known facts.

There have been plenty of indications that the data coming out of China is false, starting with the fact that China has admitted so much.

In mid-February, China was widely criticized for not including individuals who tested positive for coronavirus but were not showing symptoms in official tallies. Last week, the Chinese government finally changed course to include asymptomatic cases — marking the eighth different definition of what constitutes a coronavirus infection in China’s official reporting since the outbreak began in late 2019.

On March 11, a Southampton University study found that had China acted just one, two or three weeks sooner, “cases could have been reduced by 66%, 86% and 95% respectively – significantly limiting the geographical spread of the disease.”

Instead, China spent the early days arresting doctors and journalists who spoke out about the deadly virus, while adamantly denying human to human transmission.

While there is no free press in China, and the communist regime expelled American journalists on March 17, there have been some independent reports calling China’s numbers into suspicion.

On March 27, a Radio Free Asia report contested the official death toll in Wuhan — a large metropolitan area the size of New York City and ground zero of the coronavirus outbreak.

While China claims the death toll in Wuhan is around 2,500, Radio Free Asia reports that incinerators at the city’s seven funeral homes have been “working around the clock.” They report that families have been given government stipends to cover the cost of cremation in exchange for their silence — “hush money” to keep the truth from the world.

Radio Free Asia estimates the real death toll in Wuhan to be somewhere between 42,000 and 46,800.

China’s evolving narrative and criminal cover-up of the coronavirus outbreak is no doubt to blame for the world’s lack of preparation for this deadly pandemic.

When the world finally navigates through this public health pandemic and resulting economic crisis, the global community must come together to hold China to account for its reprehensible actions that led to untold death and destruction.

China deserves to be prosecuted for crimes against humanity and ex-communicated from the global community. We should similarly judge minister Hajdu for her knee-jerk defence of the truly indefensible.

OP-ED: Why Canada needs a new watchdog focused on the municipal level