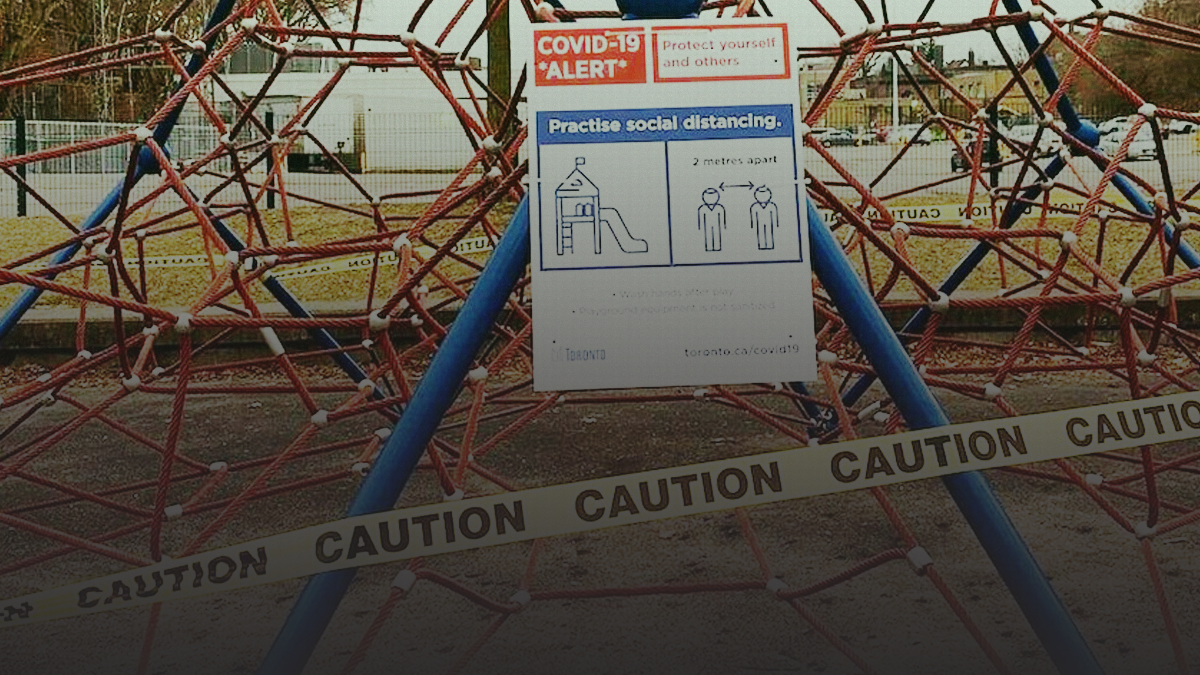 Now that many municipalities across the country have instituted fines for those who are not social distancing, we are starting to hear accounts from those who have been slapped with fines for failing to keep a two-metre distance apart from others. Many of these cases involve individuals who were just trying to get some fresh air and exercise, or who were confused about the ever-changing rules and expectations.

Here are the top five cases from the past week. And this is only the beginning…

In Peterborough, Ontario, a group of eight men were playing basketball on the evening of March 30 when police received a complaint that the men were violating the province’s recently-enacted Emergency Management and Civil Protection Act, which bans social gatherings of more than five people.

The men ceased playing after being approached by police, but proceeded to resume their game and were caught again, resulting in a $750 fine.

Corey Yanofsky was walking his dog through Britannia Park in Ottawa on the morning of April 5 when a bylaw officer slapped him with an $880 fine. Anthony Di Monte, head of Ottawa’s emergency and protective services, told the Ottawa Citizen that walking through parks is permitted, but stopping to play with your dog in the park is not. This was indeed Yanofsky’s understanding – that he could walk through the park but not stay to engage in any activities – but he was fined nonetheless.

Over the weekend of April 3-5, 43 people received fines in Ottawa for failing to social distance, and the city’s bylaw team received 526 snitch complaints.

3. Two teenagers receive $1200 fine for sitting in a car together

Two high school boys from Cochrane, Alberta were sitting in a car together in a parking lot when an RCMP officer approached them and notified the teenagers they were in violation of the province’s Public Health Act.

The teens each received a $1,200 ticket, though ultimately both tickets were dropped, and the province’s chief medical officer clarified that carpooling is permitted.

2. PEI woman must pay up for attending “illegal gathering” of more than five people

A 38-year old woman from PEI must pay $1,000 for attending an “illegal gathering” of over five people who do not reside at the same dwelling.

In PEI, those who are caught not social distancing will receive a first-time fine of $1,000, which will increase to $2,000 in the case of a second offense, and $10,000 for any subsequent offense.

1. Father in Orléans given $700 fine for letting son kick a soccer ball in a patch of grass

When his four-year old son asked to go out to play some soccer, Ottawa-area father David Martinek took him to a nearby patch of grass that was unconnected to any public park or field. The family resides in a small townhouse with no backyard, and Martinek’s son, who has autism, needed to let some energy out and run around.

However, as Martinek’s son was playing soccer in the grass, a bylaw officer took down Martinek’s license plate number and told him he will be fined $700.

Despite receiving the fine, Martinek told the Ottawa Citizen he is “absolutely in favour of all the restrictions in place.”

Update: Ultimately, Martinek was only issued a warning.