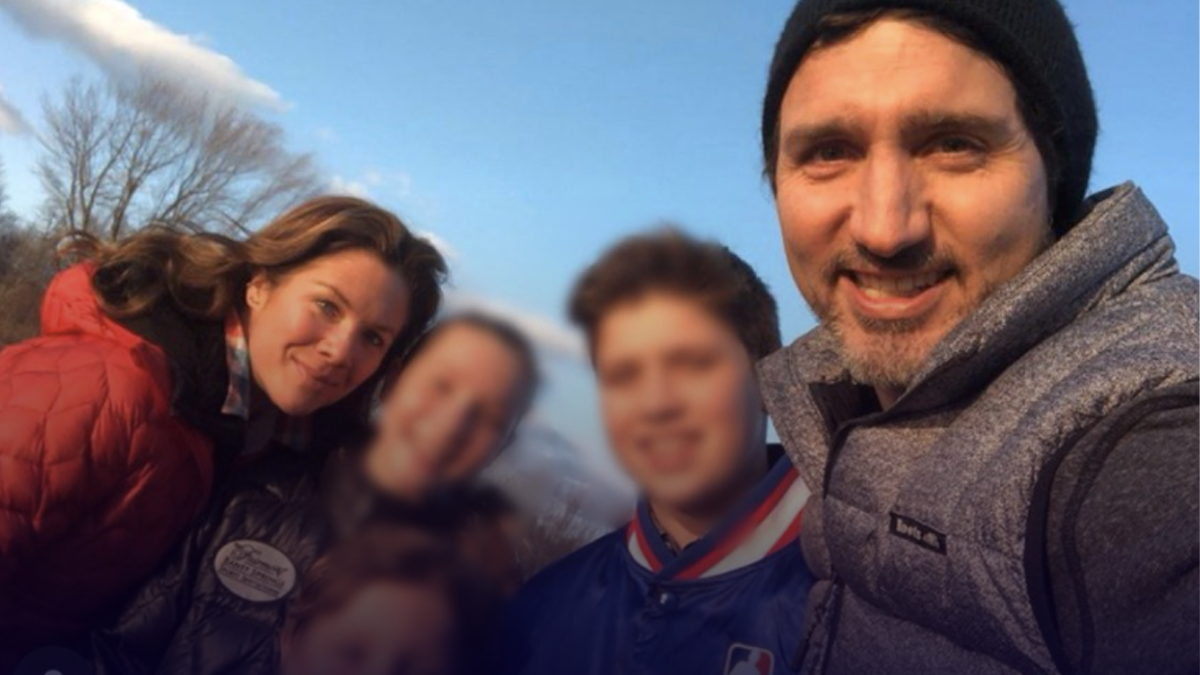 While ordinary Canadians are facing hefty fines for breaking coronavirus-related public health orders, it appears that the same rules don’t apply to the prime minister and his family.

On Sunday Sophie Grégoire Trudeau posted pictures of herself with Justin Trudeau and their children on Instagram taking part in Easter festivities. According to the advice of public health officials, Trudeau violated the government’s social distancing rules.

“Even though families across the country are having to get a little creative and celebrate a bit differently this year, we’re all in this together,” Grégoire Trudeau wrote on Instagram.

Since March 29, Sophie Grégoire Trudeau and their children have been living in Harrington Lake, Que. while Justin Trudeau has remained in Ottawa.

As Justin Trudeau and his wife and children now live in separate households, the family should be practicing social distancing.

Social distancing means that individuals should avoid contact with those that live outside their household, including family members.

“We need to not let down our guard. The safest plan for your holidays is a staycation for the nation,” she said.

Dr Howard Njoo, Canada’s deputy chief public health officer, added that celebrations should be limited to members of your household.

On April 1 the government of Quebec introduced strict travel restrictions across the province, including police checkpoints to prevent unnecessary travel in and out of Quebec.

Since the restrictions began, police have prevented 2,300 vehicles from crossing the Ottawa-Gatineau border.

How Justin Trudeau’s trip to the family retreat in Harrington Lake would be considered necessary travel is not clear.

On Friday a family of four in Oakville was fined $880 for rollerblading in a parking lot of a community centre. The family says there was no indication anywhere that they were not allowed to be in the area.

In recent weeks hundreds of Canadians have also been fined for breaking public health orders, most of them for not following social distancing rules.