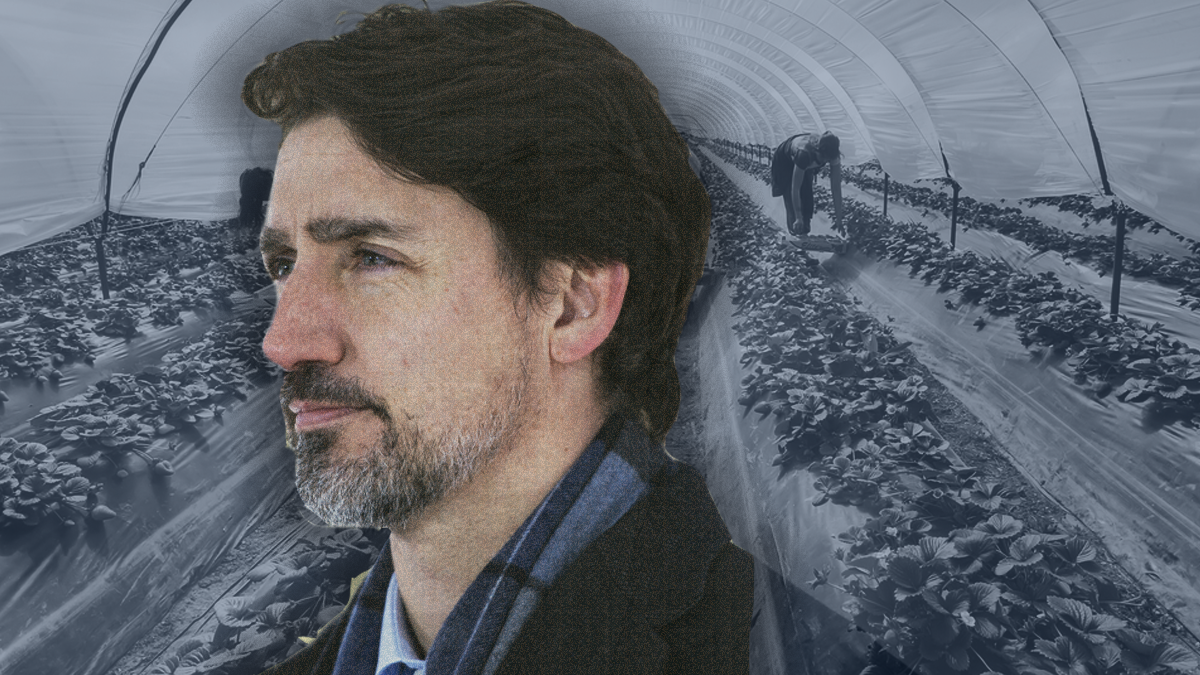 This week, Statistics Canada revealed that over one million workers lost their job in March, making it by far the worst employment month on record.

But even this doesn’t tell the full story of hardship and suffering as a result of coronavirus lockdowns.

Another 2.1 million Canadians saw their hours reduced by at least 50%, and the total hours worked across all industries fell by 15%.

More than five million Canadians have already applied for the government’s new emergency income support program — that’s about one in every four workers in the country.

The tourism and hospitality sectors have been hit particularly hard, and this has the biggest impact on young Canadians and low-wage workers. A recent Angus Reid found that 45% of those aged 18-24 have been laid off or seen reduced hours.

With so many young people out of work — so many of whom are desperate to get work experience, pay off debt and save for the future — it defies logic that our government is paying these young workers to stay at home, while also recruiting temporary foreign workers (TFW) to come fill jobs that have been deemed essential services.

The Trudeau government announced that it would close its borders to non-citizens and residents on March 16, extending the ban to include Americans on March 20. On March 21, however, they quietly made an exemption for seasonal workers in positions that help ensure food security.

According to CIC News, a newsletter run by Canadian immigration lawyer David Cohen, following the travel ban, “industries that rely on temporary foreign workers pressured the government to not disrupt the flow of essential labour to Canada,” and as a result, exemptions were made for workers in occupations such as “agriculture, agri-food, food processing, and trucking.”

Canada typically welcomes some 60,000 seasonal agricultural workers each year to prep fields, plant seeds, set up irrigation systems, fix farming equipment, prune and trim plants and trees, and so on. These workers earn a good salary — as much as $15 per hour plus room and board.

Spring is here, and farmers are desperate for help during planting season.

But the global pandemic is harming our ability to get workers onto the farms. Visa offices around the world have been closed, applications have dried up, workers who do get here must wait in quarantine for 14 days, and a coronavirus outbreak among TFWs living at a nursery in Kelowna has many worried about workers bringing the disease into Canada — the very reason the travel ban was introduced in the first place.

Now is the time for Prime Minister Justin Trudeau to show leadership and create a national work program to match young Canadians with shortages in the labour market. Instead of bringing thousands of foreign workers to fill jobs on our farms, we should learn from our history and put Canadians to work.

The program was not was not without flaws, but it successfully employed 170,000 young men and gave them an important sense of purpose and responsibility during a difficult time.

Trudeau recently told Canadians that they can serve their country by staying home and obeying strict isolation measures. He went so far as to compare our duty to stay indoors to the accomplishments of the courageous soldiers who fought and won at Vimy Ridge 103 years ago.

Trudeau should instead call on young Canadians to serve their country in a more meaningful way — by working to protect food security. It would allow them to work hard, give back and feel productive and useful during this time of crisis and great uncertainty.