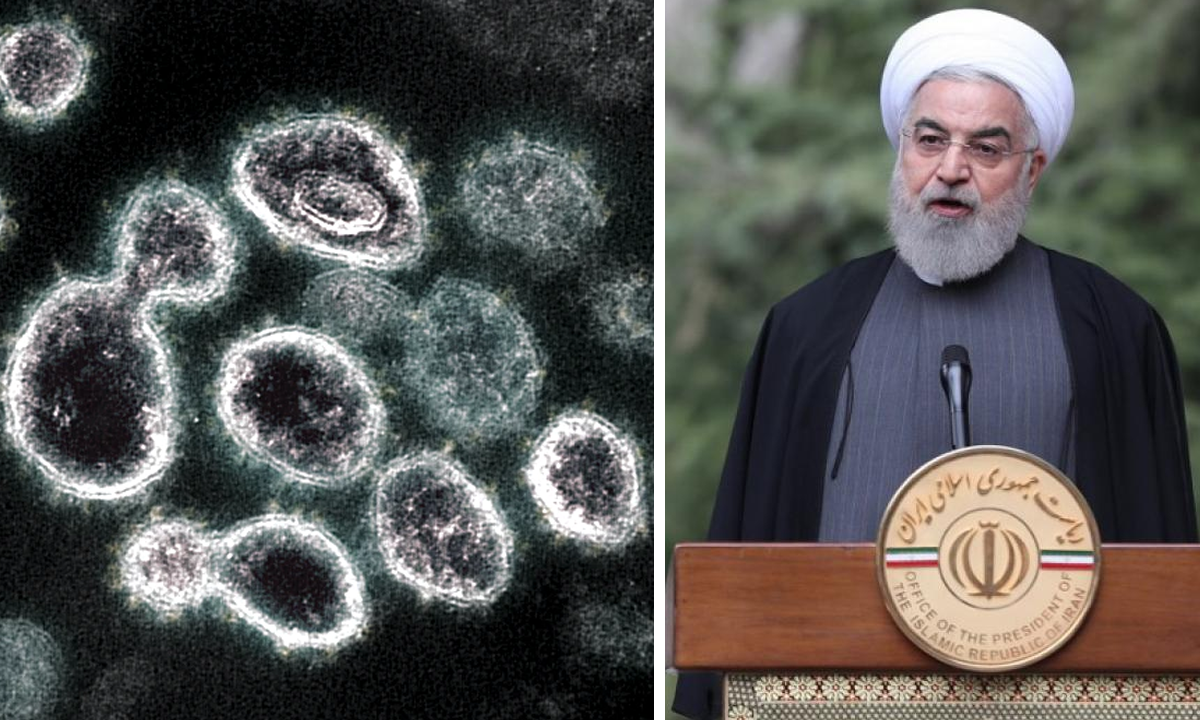 As countries around the world rise to the coronavirus challenge, Iran has simply reminded us why it can never be trusted.

Any hope of avoiding the global pandemic first rested on China’s actions, then on Iran’s – the virus’s second epicentre. The Iranian regime, however, chose to show a reckless and malicious disregard for human life, even exploiting its citizens’ deaths to indulge its favourite pastime of blaming the west for all ills.

While the official figures from Iran show nearly 5,000 deaths and over 76,000 COVID-19 infections, trusting them is foolhardy.

Even the World Health Organization and Iran’s own regime-controlled parliament have said the real death toll is significantly higher. The Iranian opposition group MEK, which publishes its own findings gleaned from sources in hospitals, cemeteries, and inside the government, said the death count was over 30,000 and rising, as of Thursday.

Thousands of these deaths were preventable if only Iran had prioritized public health above public relations. Instead, Iran launched a malignant PR campaign, one still being waged as bodies pile up across the country.

Of course, it’s America’s fault, the regime says. A government spokesperson blamed the “virus of sanctions,” which he said must be fought.

Iran says it couldn’t contain the real virus because American sanctions – the ones reinstated when President Donald Trump withdrew from the Obama administration’s nuclear agreement – blocked essential medical supplies from the country.

That would be awful were it not for the inconvenient fact that it’s a lie – as untrue as the death figures Iran peddles.

The United States has “consistently maintained broad exceptions and authorizations to support humanitarian transactions with Iran,” the Office of Foreign Assets Control confirms.

Trump says the United States will help Iran if help is requested. But it hasn’t been.

The only thing blocking American relief from getting to Iranian hospitals is the Iranian government.

Ayatollah Ali Khameini says the United States “might bring a drug into this country that will make this virus stay for a long time.” Iran is sadly doing a good enough job on its own of ensuring the virus’s longevity.

It isn’t just Americans who’ve been barred from helping. A nine-person Doctors without Borders team was expelled from Iran and barred from setting up a field hospital as the country rejected “hospital beds set up by foreign forces.”

Iran seems to want assistance only if it comes in the form of contactless delivery on the front porch as though it’s a toilet paper order from Amazon. Perhaps the regime doesn’t want foreign aid workers to see with their own eyes the evidence of Iran’s criminal negligence.

Iran would rather let its people die so the regime can keep scoring political points on the United States, rather than swallow its pride and accept the help.

This attitude goes back to the beginning of the crisis. Iran only acknowledged its first case Feb. 19, though Iran’s opposition-in-exile, the National Council of Resistance of Iran, published leaked documents showing Iran was aware of the virus within its borders in January.

These three weeks of lead time are highly relevant as it was the business-as-usual outlook that let the virus spread as much as it did throughout Iran and then around the world.

Hundreds of thousands of Iranians congregated to mark the Feb. 11 anniversary of the regime’s rise to power.

Iran even held its parliamentary elections on Feb. 21. While these are farcical at the best of times, this year they were downright dangerous.

Nevertheless, the western mainstream media seems to be adopting, at least in part, the Iranian propaganda machine’s view of things.

The Washington Post story buries the lede, conceding (21 paragraphs down) that the Trump administration has “technically maintained an exemption from sanctions on the sale of humanitarian items to Iran.”

Iran’s foreign minister Mohammad Javad Zarif tweeted that “COVID-19 was (an) opportunity for the U.S. to kick its addiction to sanctions,” which is about as brazen a politicization of the tragedy as you could come up with.

Once again, Iranians are jeopardized by their government’s illusion of things being fine.

The west needs to stop buying it.