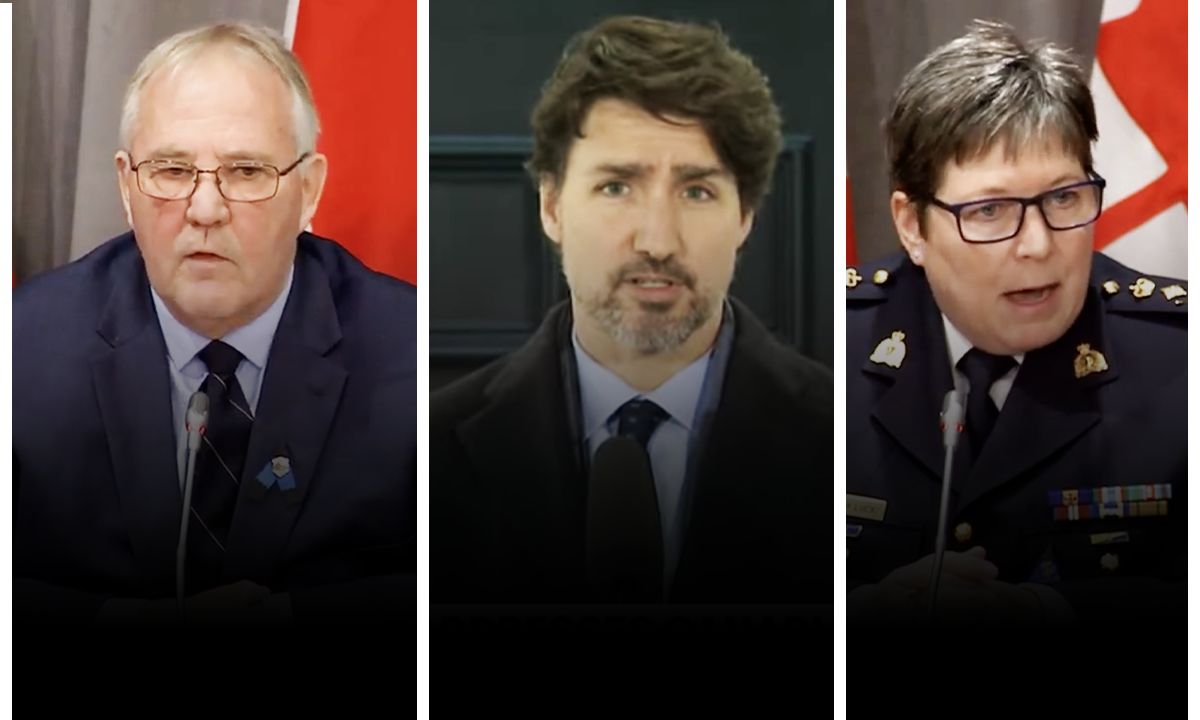 The RCMP commissioner, the public safety minister and the prime minister are all unwilling to answer a simple – but important – question about the man who killed at least 22 people in Nova Scotia: did he have a firearms license?

As the investigation, which spans at least 16 crime scenes, goes on, there are understandably many details that aren’t yet known. No one expects police to have answers to all our questions right away. Whether Gabriel Wortman, the now-deceased murderer, was lawfully authorized to own guns is an easy one that could be answered in just a few keystrokes.

The police and government know. They are just refusing to say.

It’s possible this is an example of the police brass tendency to err on the side of silence. It’s also possible the answer to the question would prove inconvenient for the government.

Prime Minister Justin Trudeau was fielding gun control questions the day after Wortman was killed by police. While he initially said his focus was on the victims and not politics, he gave numerous subsequent answers in which he professed his commitment to advancing further restrictions whenever an opportunity arises.

Neither he nor his public safety minister, Bill Blair, has said whether this will come in the form of a cabinet directive or a bill that would have to be debated and passed by members of parliament.

Even without knowing the details of Wortman’s killing spree, Trudeau called it “a tragic reminder of the fact that we need to do more to keep Canadians safe,” as though his forthcoming gun control plan would have prevented this.

When asked Tuesday morning about the types of guns used in the attacks, Trudeau didn’t even pretend to answer the question.

“I’m going to trust the RCMP on releasing information as they feel it is important to,” Trudeau said.

Clearly the RCMP missed the memo, as just one day prior Blair seized a reporter’s question about if Wortman had a firearms license – a question actually directed to RCMP commissioner Brenda Lucki. Not that it mattered, given Blair’s obfuscation.

“The RCMP are in the earliest hours and days of this investigation, and it’s a complex one and I think it’s quite appropriate for them to be careful about the release of information until they’ve had the opportunity to verify it and confirm it,” he said. “And, so it is, I think inappropriate and the Commissioner would, would quite naturally be very reluctant to reveal details of that investigation until it is complete.”

People might say this is nitpicking over a minor detail in a horrific tragedy. I wish I didn’t have to, but lawmakers have left me no choice by sparing no time to politicize said tragedy, and cramming it into a pre-existing narrative that has nothing to do with saving lives and even less to do with the legacies of the Nova Scotia victims.

We know from the RCMP that Wortman was wearing an authentic police uniform, and for a time was driving a police car with seemingly identical markings to bona fide RCMP cruisers.

He was committed to what he did and clearly had no issues committing numerous crimes, not the least of which is murder.

If Wortman was illegally in possession of firearms, no amount of gun control would have done anything.

According to the Toronto Star, Wortman pleaded guilty to a 2001 assault charge, and was ordered “not to own, possess or carry a weapon, ammunition, or explosive substance.”

Wortman received a conditional discharge and the weapons ban was lifted nine months later, which perhaps explains a release from the RCMP Tuesday afternoon saying Wortman had no criminal record.

It’s possible to get a firearms license with a criminal record, though it is difficult – especially if the conviction was for a violent crime.

Whether Wortman had a gun license or not has no bearing on the level of evil in him and his actions, but is nonetheless important to know as the government positions itself to use these murders as political cover.