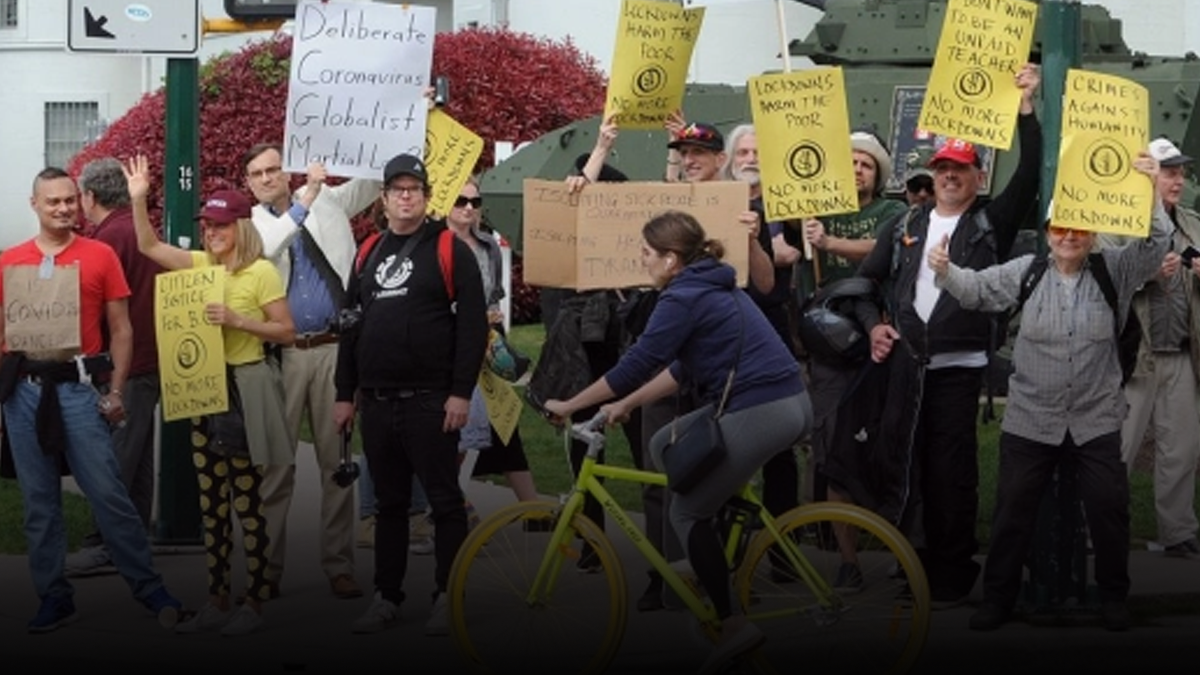 A small group of people protested coronavirus lockdown restrictions in Vancouver on Sunday.

“Stop the globalist plannedemic,” read one of the signs at the protest.

According to Susan Standfield who joined others in the rally, several police officers escorted the group along their route.

BC Minister of Health Adrian Dix called the protesters’ views “marginal” and told Canadians to not promote their message.

“I think we’ve seen, in the past number of weeks, one or two examples of people behaving very badly,” said Dix during a daily coronavirus briefing.

“It would be a shame to just sit at home and let the government tell you what to do,” says one woman in the video.

South of the border, thousands of Americans have participated in protests against government lockdown measures across the country.

British Columbia’s response to the coronavirus has been praised for its effectiveness in slowing the spread of the coronavirus. As of today, the province has reported 1,724 cases of the virus and 87 deaths.