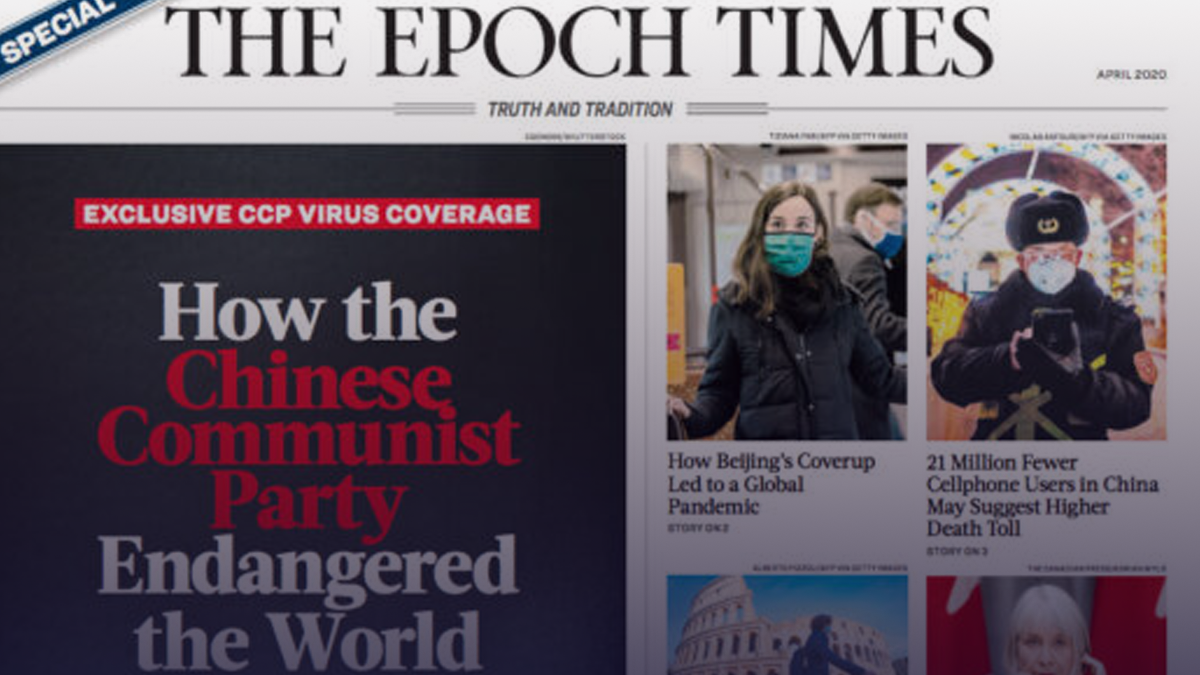 While some Chinese language media in Canada actually report to the Chinese Communist government, such as the Xinhua News Agency, the Epoch Times does not. It’s run by Chinese dissidents, some of whom have previously been arrested or imprisoned for their activism, typically related to the Falun Gong movement.

That the paper has an editorial position that is opposed to the Chinese Communist party leadership in Beijing is undeniable, but to malign it as racist and conspiracy-theorist is just ignorance of the facts.