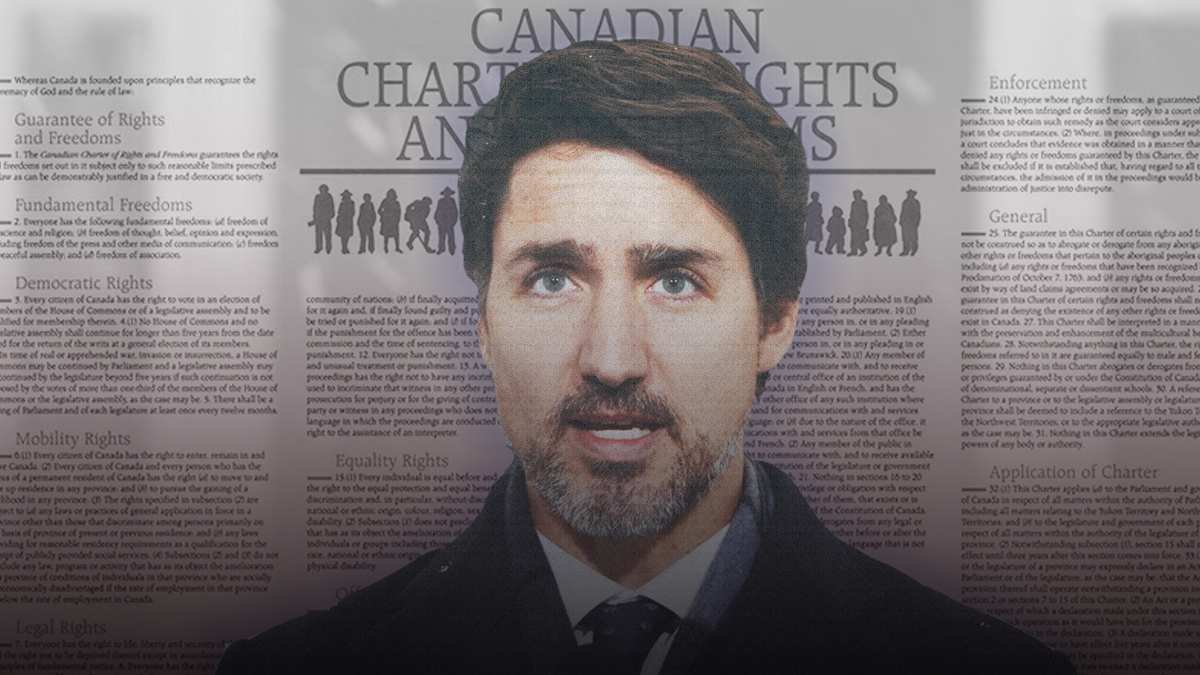 Most Canadians have now been homebound for the past six weeks — unable to go to work, earn a livelihood, send the kids to school, attend religious services, or even enjoy the great outdoors.

At risk of being fined or arrested, Canadians haven’t been able to celebrate milestones with loved ones, see their friends, travel, participate in recreational sports or do any household shopping aside from at the grocery store.

The coronavirus lockdown measures have been unprecedented and extreme.

Even during times of great danger and uncertainty in the past — during the world wars, past pandemics, the threat of nuclear war and after life-altering terrorist attacks — our leaders resisted imposing such strict and heavy-handed measures.

Past leaders insisted that citizens keep calm and carry on — even when their lives were at risk.

“The only thing we have to fear is fear itself — nameless, unreasoning, unjustified terror which paralyzes needed efforts,” said Franklin Delano Roosevelt during his famous inaugural presidential address in 1933. FDR knew that panic was counterproductive to the goal of peace and stability.

This time around, our leaders have taken the opposite approach.

Politicians and their friends in the media deliberately created a frenzy around the risks of coronavirus. The World Health Organization greatly inflated the mortality rate, journalists shifted the 24/7 news cycle to stories exclusively about coronavirus death and suffering, and politicians of all stripes issued strict orders to stay at home.

Without any public consultation about balancing civil liberties with public safety, and without a deeper conversation on the ramifications of unprecedented government restrictions on our rights and freedoms, our leaders allowed fear to set the agenda.

What about the important balance of defending public safety while also upholding civil liberties?

Prime Minister Justin Trudeau once talked a good game about maintaining this balance, insisting that his Liberals were the party of the Charter of Rights and Freedoms.He has repeatedly emphasized the balance between safety and liberty, for instance, when justifying his government’s lax approach towards combatting terrorism.

“Canada is a country that values its freedoms, its basic charter rights, and all Canadians expect their governments to do two things: to keep Canadians safe and to defend and uphold the values and rights that all Canadians hold dear,” Trudeau told us when he was asked why jihadist Aaron Driver was able to build bombs and record propaganda videos despite a court order in 2016.

In 2017, when defending his decision to award convicted terrorist Omar Khadr with $10.5 million and an official apology, Trudeau insisted that “the Charter of Rights and Freedoms protects all Canadians, every one of us, even when it’s uncomfortable.”

Over the past six weeks, has Trudeau been asked once by the consortium of hand-picked journalists who attend his daily press briefings to reflect on the balance of safety and freedom?

Has Trudeau been made to explain why upholding the rights of terrorists was sacrosanct, but defending those same rights for all Canadians is not a priority today?

The Trudeau government’s rationale for the lockdowns has been “protecting the health and safety of Canadians.” Why hasn’t a journalist pressed Trudeau on the importance of protecting the Charter of Rights and Freedoms?

One of Trudeau’s favourite platitudes, after all, is that “the Liberal Party is the party of the charter and we stand up and defend personal rights.”

Under Trudeau’s Liberal government, it turns out, our charter rights are conditional and can be rescinded at any time.