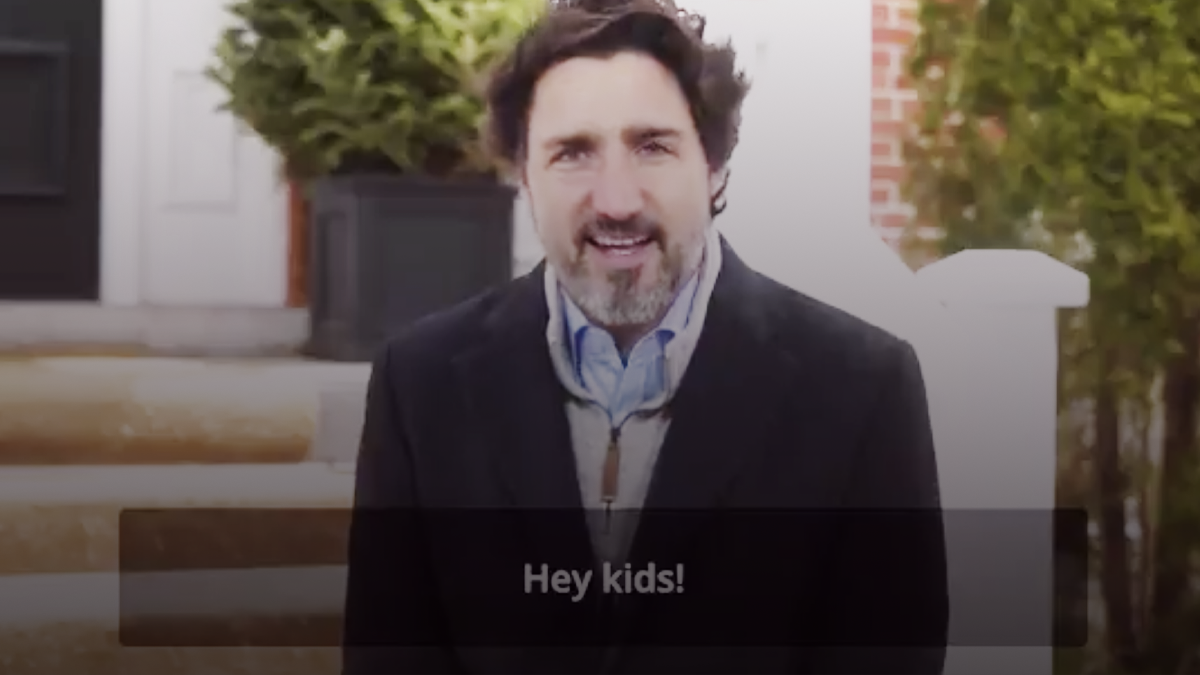 Since the coronavirus pandemic took hold, the Prime Minister has been in self-exile at his home in Rideau Cottage.

Why? Well, we aren’t really sure.

It started when his wife Sophie was diagnosed with the virus after a brief trip to the U.K.

Two weeks later, on March 28th, she was diagnosed as “all clear” and gathered up the kids and swept off to the Prime Minister’s summer residence at Harrington Lake where we are told she has been ever since.

Justin Trudeau remained behind, ostensibly working from home. Except for Easter weekend when he spent the weekend at Harrington Lake after telling Canadians to stay home and not go to their cottages and cabins. Typical.

In the interim, he has been emerging from Rideau Cottage every day at about the same time to deliver remarks to the assembled media and to take softball questions that are meticulously managed by the Prime Minister’s Office.

Every day he would announce more spending initiatives as his way of telling Canadians what the government was doing to fight the pandemic. Trudeau’s spending announcements have resulted in a whopping deficit of $252 billion. In February, before the pandemic took hold, the deficit was $26 billion.

Full disclosure — I gave up watching Trudeau’s daily briefings after the first few. I felt that watching these press conferences were too detrimental to my health.

But over the weekend, Trudeau truly outdid himself with cringe-inducing press conferences.

On the eve of Mother’s Day, he actually said on camera that mothers watching with their kids should leave the room because he wanted to have a conversation with their children.

Does he actually think that Canadian families are gathered around their televisions to breathlessly listen to his nonsense?

He went on to talk to his “kids only” audience about Mothers’ Day and how they should treat their moms. True, but he was absolutely trashed on social media.

The concept of a bearded, wind-swept middle-aged man asking parents to leave the room so he could have a private word with their kids is creepy And inappropriate.

Not to be outdone, on Mothers’ Day, he actually said this, “Hey parents! If your kids are stuck on a homework question, feel free to pass this message along. Because as a teacher, I want to help out. Let me know what the difficult question is by replying to this tweet or using the hashtag #CanadaHomeworkHelp – and I’ll see what I can do.”

A teacher? He was a back-up drama teacher for a short period of time and a snowboard instructor.

The reality is that Justin Trudeau has the thinnest resume of anyone to ever occupy the Prime Minister’s office. And he proves every day that he is unqualified for the position.