While Prime Minister Justin Trudeau defers to the World Health Organization and Health Minister Patty Hajdu defends China, Canada’s ambassador to China is pushing for a “rigorous review” of the UN body’s handling of the coronavirus pandemic once the situation has calmed down.

According to the Globe and Mail, Ambassador Dominic Barton also had a few choice words for China during a private meeting with the Canadian International Council.

“Canada’s voice will be heard loudly,” he reportedly said during the meeting.

The conversation, which was recounted to the Globe by several people close to the matter, supposedly reportedly involved Barton accusing China of undermining its international influence and damaging its “soft power” with its actions.

Barton declined to comment on the story, the Globe said.

Meanwhile, Trudeau has taken a softer tone towards the WHO – widely criticized for its trust of China’s handling of the coronavirus – and even spoke out in its defence after US President Donald Trump cut funding to the organization and blamed it for spreading false information about the coronavirus.

When asked about Trump’s stance on the WHO, Trudeau reiterated the “tens of millions of dollars” Canada sends to the UN body.

“Of course, in the coming months and years there will be many reflections on various institutions and systems, both domestically and internationally on how we can improve our response, on how we can learn from things we could have done better in this process,” Trudeau said.

“These are things that will come in the coming times. Right now our focus needs to be on doing the best we can right now to protect Canadians.”

According to Der Spiegel, German intelligence believes Chinese President Xi Jinping personally threatened WHO Director-General Tedros Adhanom Ghebreyesus on in January to prevent the UN body from issuing a warning call about the severity of the viral outbreak.

American intelligence reports have also indicated a belief that the WHO did not fulfil its mandate to provide a proper and timely warning. 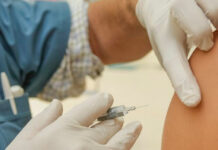