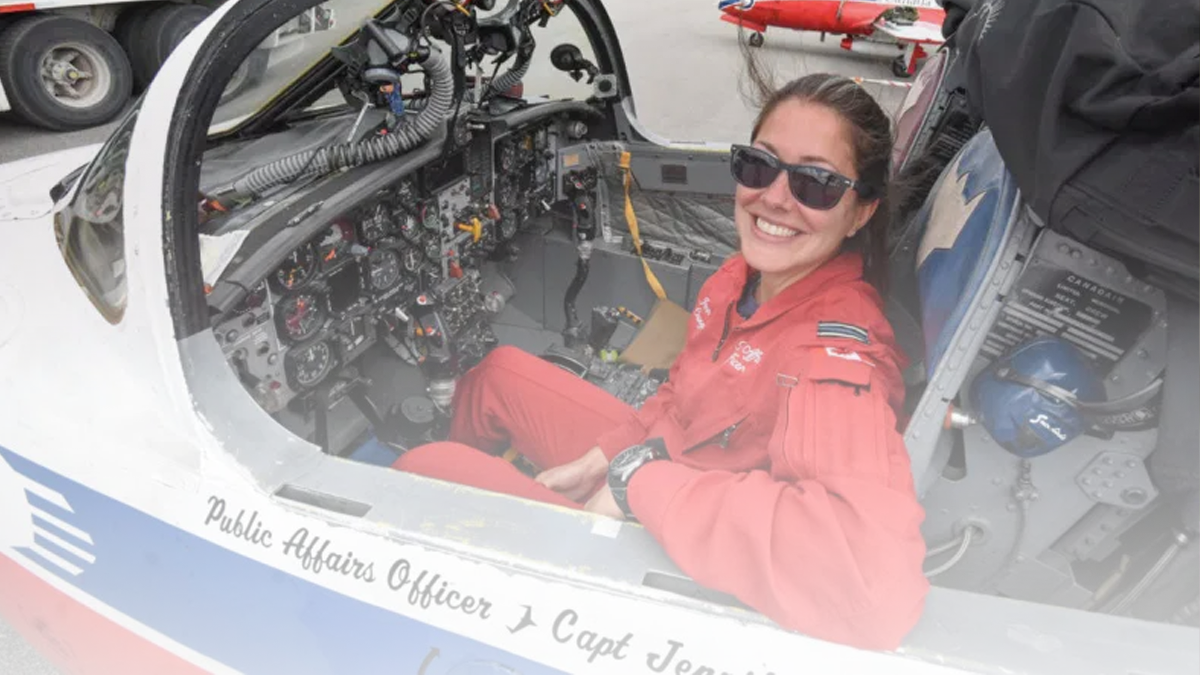 By all accounts Royal Canadian Air force (RCAF) Capt. Jennifer Casey was a terrific person. She was an accomplished journalist and producer in Halifax, and in 2014 she pursued a higher calling and joined the RCAF.

Casey was first assigned to 8 Wing at Trenton CFB, the hub of the Air Force’s air mobility operations. She joined the Snowbirds Air Demonstration 431 squadron in November 2018 as its Public Affairs Officer. She travelled with the team and provided action commentary and media interviews during their flights at a variety of air shows and other demonstrations.

The Snowbirds are the only military demonstration team that doesn’t have a transport plane attached. This means ground maintenance crew and other members of the team accompany pilots as the planes move around to destinations.

On Sunday morning at 11:47 Casey and flight pilot Capt. Richard MacDougall took off from Kamloops Airport in Snowbird 11. They were headed to Comox Air Force Base on Vancouver Island to continue their Operation Inspiration tour of Canada.

The plane took off line abreast with another Snowbird when the Tutor CT114 jet trainer suddenly went straight up breaking formation then turned suddenly and spiralled downward into a residential neighbourhood.

In a video posted to social media a little over half an hour later just prior to the crash, two ejections can be seen from the cockpit but no parachutes can be seen.

It was a tragedy for every Canadian. She was the third Canadian woman from Nova Scotia killed in the line of duty in barely a month after the murder of RCMP Cst — Heidi Stevenson and the death of Sub Lieutenant Abbigail Cowbrough in a helicopter crash in the Ionian Sea.  The province is reeling.

The video is certainly not conclusive. It appears the plane lost power at some point during take-off and the pilot climbed as far as he could before it started to spiral towards the ground. And that’s when Casey and MacDougall ejected.

There are multiple investigations ongoing to determine the cause of the crash. Was it a bird strike? A mechanical failure? We don’t yet know.

But we do know the Tutor aircraft was getting old. It was designed in 1960 and put into service by the RCAF in 1963 as a pilot trainer. It started service in the demonstration team known as the Snowbirds in 1971.

It is a two-seat trainer designed to teach new pilots how to fly a jet with right and left seats each equipped with controls in the event an instructor has to take control of a flight because of trainee error.

The Tutor has done yeoman’s service for the Canadian Armed Forces. Indeed, after the crash Retired General Tom Lawson, a former fighter pilot who served as the chief of the defence staff called the Tutor a “fantastic” aircraft.

In its day, perhaps. I know a few former fighter pilots who all trained in the Tutor. They loved flying it.

In 2012 the Harper government recognized that and set aside $755 million in that year’s budget for a new procurement of replacement jets for the Snowbirds.

In 2018, the Trudeau government cancelled plans to replace the Tutors and instead commissioned projects to upgrade the avionics in the planes which have yet to start. The government’s plan was to keep the Tutors flying until 2030. They would be 70 years old at that time.

I cast no aspersions on the RCAF or their maintenance program with the Tutors. They are among the best in the world. But there’s only so much that can be done with scotch tape and baling wire.

The only saving grace is that Canada has a number of mothballed Tutors that provided spare parts for a plane that is long out of production.

This is just the latest example of a military procurement project that was totally screwed up by a Liberal government. Just like the Sea King helicopter fleet replacement project killed by the government of Jean Chretien in the mid-90s.

Liberals don’t like the military and prove it in every annual budget.  Remember when Justin Trudeau said to a veteran that they were asking for more than the government could give?