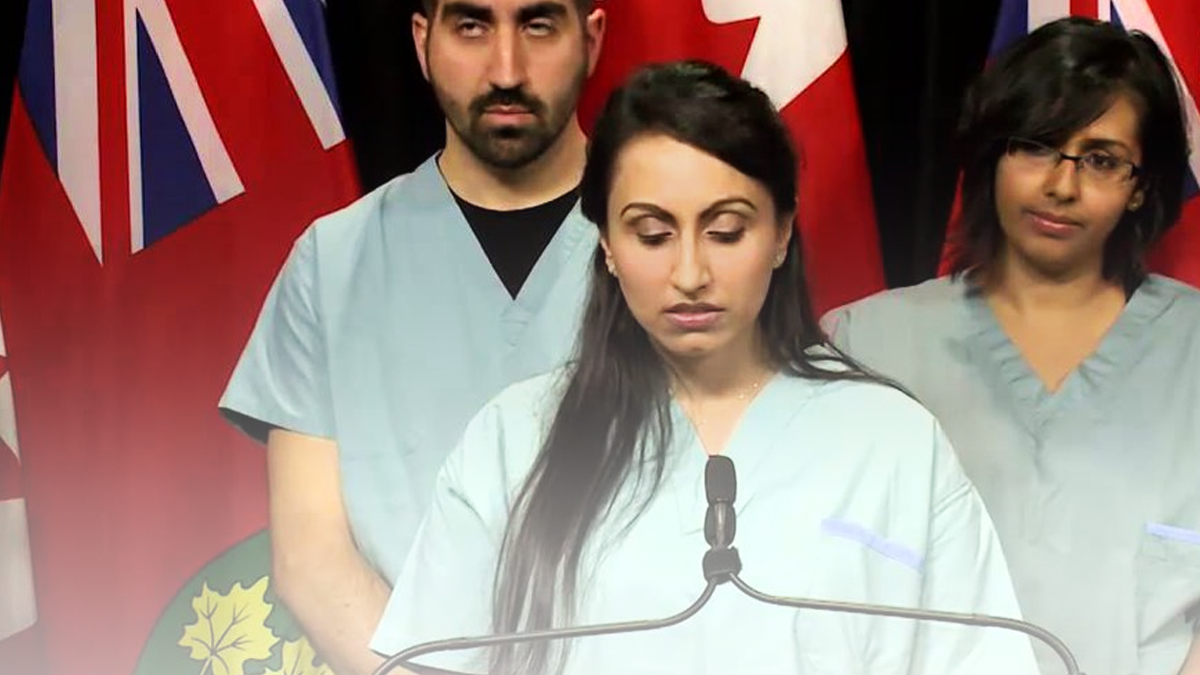 A Toronto-area frontline doctor has warned Canadians that the federal government’s partnership with Chinese researchers puts Canadians in unnecessary danger due to the Chinese Communist Party’s (CCP) tendency towards obscuring the truth.

Recently the National Research Council (NRC) announced that Canadian researchers will be partnering with the Chinese based CanSino Biologics and in extension the People’s Liberation Army to develop a vaccine for the coronavirus.

President of Concerned Ontario Doctors Dr. Kulvinder Gill spoke out against the deal, saying that partnering with China is “the most counterproductive and dangerous thing [the federal government] could do.”

Gill also pointed to the CCP’s involvement in covering up the severity of the coronavirus pandemic during the early stages of the pandemic.

“The Five Eyes intelligence alliance, consisting of Canada, United States, United Kingdom, Australia and New Zealand, has raised significant concerns regarding China’s handling of the novel coronavirus calling it an ‘assault on international transparency’ with the disappearance of Chinese scientists and whistleblowers, censorship of scientific data, and fatal denial of human-to-human transmission via the World Health Organization,” said Gill.

Critics have accused the Liberal government of being too friendly to the communist regime, despite clear evidence that their actions endangered the safety of people around the world.

Recent reports have shed light on the fact that while China hid information from the international community, it was buying up the world’s supply of personal protective equipment (PPE).

According to Prime Minister Justin Trudeau, clinical trials of the Chinese vaccine will begin to be performed on humans within the coming weeks in Canada.

The first phase of the trials will include 30 to 100 healthy adults between the ages of 18 and 55.