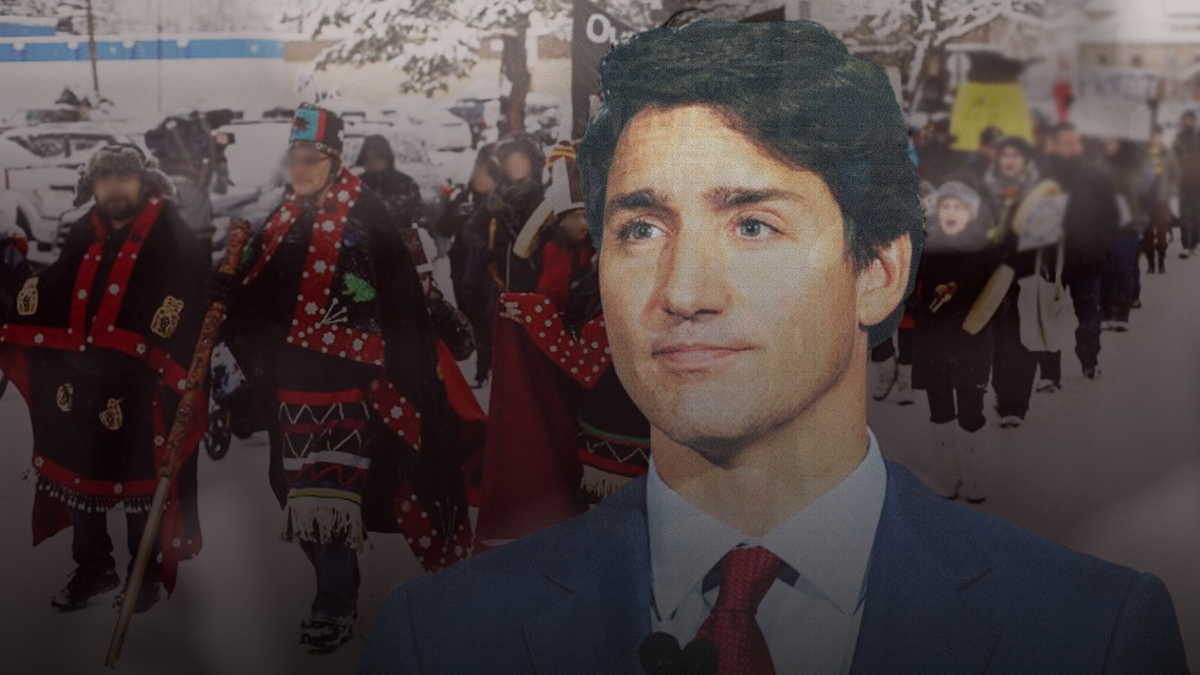 While Canadians have been locked down and the media endlessly reports on the coronavirus pandemic, the Trudeau government quietly reached a secret deal with the so-called Wet’suwet’en “hereditary chiefs.”

It’s time to tell the truth about this new memorandum of understanding the hereditary chiefs have signed with the government.

The text of the secret agreement was finally leaked, and the blowback was almost instantaneous.

And not without good reason. These elected leaders were left completely out of the loop.

Both the Trudeau government and the Horgan BC government – led by BC’s Indigenous Relations Minister Scott Fraser – inexplicably negotiated a complex issue like aboriginal rights and title, without the input or consent of the elected chiefs.

Think about how crazy this is – sidelining the democratically elected representatives of a community, chosen by First Nations people themselves, in favour of an archaic system of hereditary chiefs based on bloodlines, nepotism and let’s be honest – questionable dealings.

These are the same hereditary chiefs who helped launch the unrest and nationwide blockades just a couple months ago.

They encouraged the obstruction of our roads, highways, bridges and rail lines, all while being bankrolled by large US foundations committed to the destruction of Canada’s energy economy.

But instead of standing up and simply enforcing the rule of law, the Trudeau government has now done the exact opposite.

Elevating the authority of this handful of hereditary chiefs, all while effectively throwing those that were elected, and who had dealt with us in good faith, completely under the bus.

And what makes this even more concerning is that we are now marginalizing the elected First Nations leaders – the very ones who stood up for their communities in the first place.

They were the ones committed to ending not only the vicious cycle of poverty in their communities, but unemployment and taxpayer dependency as well.

And even more importantly, they were the ones with democratic legitimacy.

There is no denying that many First Nations need and deserve our help, and that mistakes have been made in the past.

But the solution now is not some form of mickey-mouse monarchy or environmental theocracy.

The solution now is what it’s always been – for First Nations and Canadians.

To suggest that First Nations are somehow incapable of electing their own leaders like everybody else, is offensive.

The truth is, over the past few years the root of these protests in Northern BC had less to do with any particular pipeline, and more to do with an indigenous power struggle shaped and exploited by various outside groups and actors.

A struggle that pitted the elected indigenous leadership on one side, and the unelected hereditary chiefs on the other.

And our governments, both federal and provincial, have just chosen to support the wrong side.