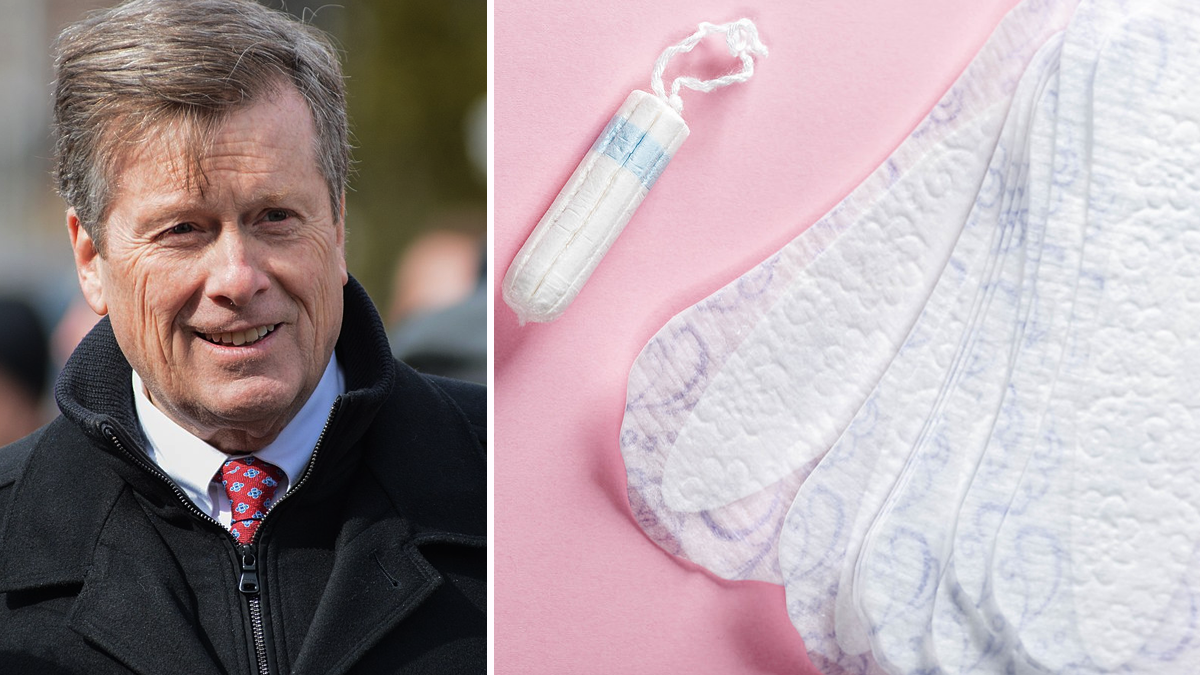 In the midst of a global pandemic, Toronto mayor John Tory released a statement on Thursday proclaiming that May 28 is “Menstrual Hygiene Day.”

In an Orwellian twist of language, instead of saying that women menstruate, Tory opted for the politically correct term “menstruators.”

Tory then goes onto further avoid the fact that only biological women can have periods by referring to “people who menstruate.”

“The continued support at the local, regional, and national levels is helping break the silence and build awareness about the fundamental role that good menstrual hygiene management plays in the lives of people who menstruate.”

The announcement received wide public pushback and ridicule on Twitter. The tweet which was only shared 157 times has received nearly 1,000 comments, a majority of which are negative.

“As a woman, I really don’t need to be reminded of my period, or have a day dedicated to it! Whoever thought that this was a good idea, needs their head examined, because this is insane!” said Twitter user Melsupalami.

This is not the first time that Tory has raised eyebrows for kowtowing to identity politics and social justice rhetoric.

During a Mother’s Day brunch in 2019, a video clip surfaced online showing Toronto’s mayor place money into the lingerie of a drag queen before rubbing the performer’s back.