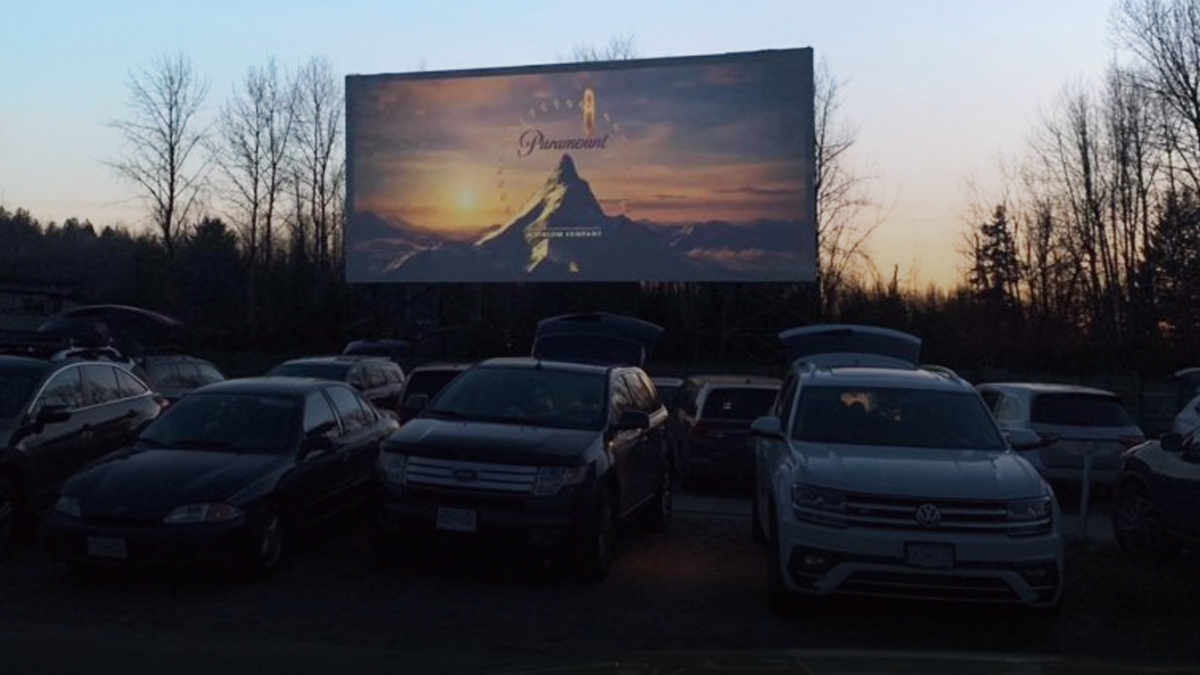 Just as many are proclaiming the comeback of the drive-in theatre, British Columbia’s provincial health officer Dr. Bonnie Henry has banned gatherings of more than 50 vehicles.

The town of Cochrane, AB has approved a 300-vehicle drive-in screening event in June.

The Brackley Drive-In in PEI is screening Trolls World Tour and Jurassic Park to 170 vehicles this weekend.

Ciné-Parc Saint-Hilaire, a drive-in theatre outside of Montreal, has recently reopened their screen to 600 cars.

But over in BC, where the so-called curve has been flattened, drive-in theatres are limited to 50 vehicles.

“We know that people don’t stay in their cars all the time when you’re at these events and the more people we have, the more chances we have that this virus can spread to a lot of other people,” Henry said during a press conference.

Henry’s concerns are that concession and washroom lineups will become too populated (meanwhile, Costco or Wal-Mart lineups are A-OK), and that too many people will pack into each vehicle.

Twilight Drive-In, the only such theatre in the Metro Vancouver area, urged their patrons last week to contact their local government representatives and demand that drive-in theatres be allowed to admit more than 50 cars.

“We were allowed to operate our drive-in and concession stand during Phase 1, the worse [sic] part of the pandemic, with the social distancing measures we put in place. But now, in Phase 2, the restart phase, restrictions are being placed on us that will severely impede the viability of the drive-in. Seems contradictory and backwards to us!” Twilight wrote on Facebook.

Twilight had been permitting 200 cars to park at the drive-in amidst the pandemic – about half their usual capacity.

Now, after being forced to reduce their capacity to 50 vehicles, Twilight has announced they will be increasing their admission cost to $50 per vehicle, regardless of the number of people inside. Prior to the pandemic, they were charging $12.50 per adult and $7.50 per child.

True North reached out to Twilight for comment, but did not receive a response.

Drive-in theatres were one of the small nostalgic pleasures of the pandemic (for those with access to a car, at least). They are set in the open air, and offer those who often already reside in the same household a chance to avoid cabin fever. BC’s public health officials are undermining public trust by instituting rules that arbitrarily limit safe activities.