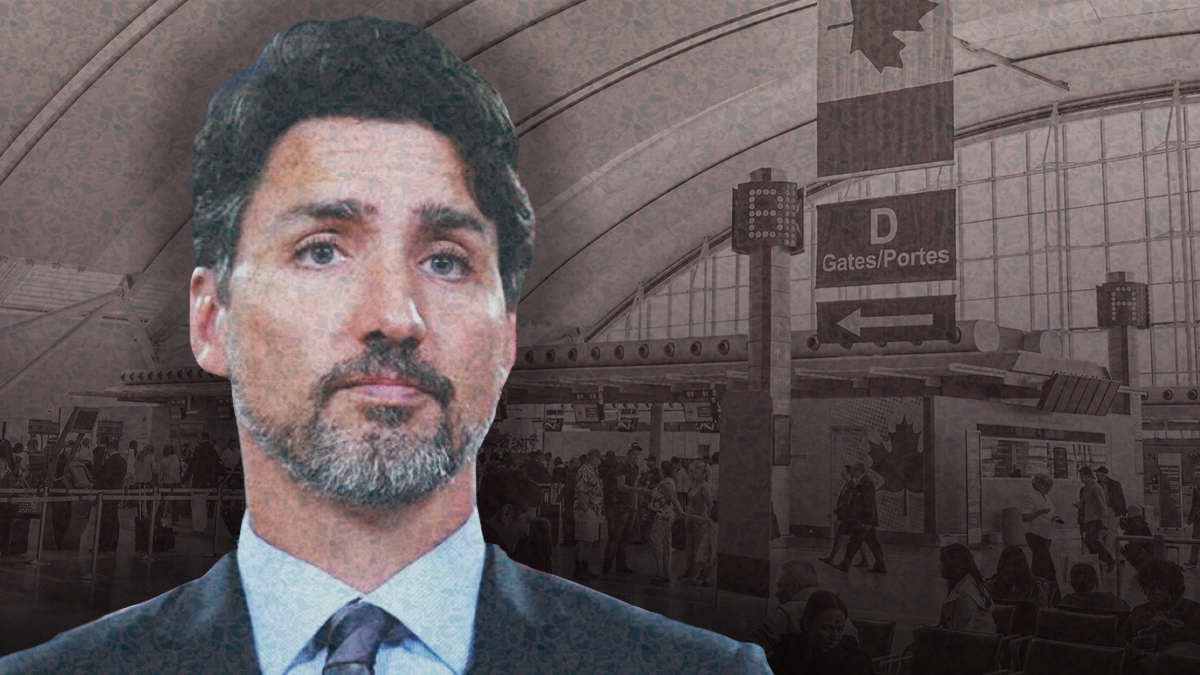 According to new CBSA data — which was emailed to reporters and hardly received any media attention — 1.66 million travellers entered Canada between March 21 and May 24.

Perhaps this can be explained by the exemptions Trudeau attached to the border closures, including to Canadian citizens and permanent residents returning home, as well as workers who are part of the supply chain and whose job involves getting essential goods into Canada.

The bulk of all travel — 1.24 million people — entered through the land border with the United States, including 722,000 truck drivers and 515,000 travellers who came through non-commercial vehicles.

In addition, Canada saw 425,475 travellers arrive at our international airports, including 123,694 arriving from the United States and 301,781 travellers coming from overseas.

That leaves a jaw-dropping 129,772 non-Canadian travellers who were able to fly into Canada while our borders were supposed to be closed.

Nearly one in three travellers seem to fall outside the guidelines about who can enter Canada at this time.

I reached out to the CBSA to ask the obvious questions: Who are these 130,000 travellers and why were they allowed into Canada if our borders are closed to non-citizens or permanent residents?

The CBSA promptly replied to my email, letting me know that they simply don’t track this information.

“The statistics you have requested are not available. As you can imagine, compiling stats is a very time consuming process and requires resources that are not readily available at this busy time,” wrote a CBSA spokesperson.

Busy time? Airport travel into Canada is down 98% from this time last year.

This is perhaps the least busy the CBSA has ever been. And besides, if they can tally the number of citizens and permanent residents entering Canada, why can’t they track the other visas being used to gain entry?

This seems like an odd lack of transparency from Canada’s border agency.

Fortunately, within the boiler-point information at the bottom of the CBSA’s email, I was given a clue about these 130,000 mysterious travellers.

“The CBSA enforces Orders in Council (OICs) in place during the pandemic. Under Order in Council 7… foreign nationals are currently prohibited from entering Canada… with some exceptions, including temporary foreign workers and international students.”

There you have it. The 130,000 travellers must be either temporary foreign workers (TFWs) or international students.

But Canadians deserve to know why these exemptions were put in place.

Canada’s economy lost nearly two million jobs last month, and the unemployment rate is 18% when adjusted to include those whose job loss is temporary. More than 7 million Canadians have applied for the Canada Emergency Response Benefit. So why on earth are we still admitting TFWs?

The rationale behind the program is that Canada has significant labour shortages and employers can’t find enough workers to fill open positions. This program has always been suspect, but it’s particularly dubious at a time when our economy is collapsing and millions are out of work.

As for international students, Canada’s colleges and universities are closed. They’ve moved exclusively to online models and some have already announced that Fall classes will be held primarily online.

Rather than enforcing the border closure, the Trudeau government quietly made exemptions for visa categories that frankly make no sense during this pandemic.

To add insult to injury, Trudeau is also extending the Canada Emergency Response Benefit to both international students and TFWs. This will cost taxpayers up to $8 billion.

No wonder officials tell Canadians this information is “not readily available.”

It’s a lot easier than having to defend this regrettable policy.