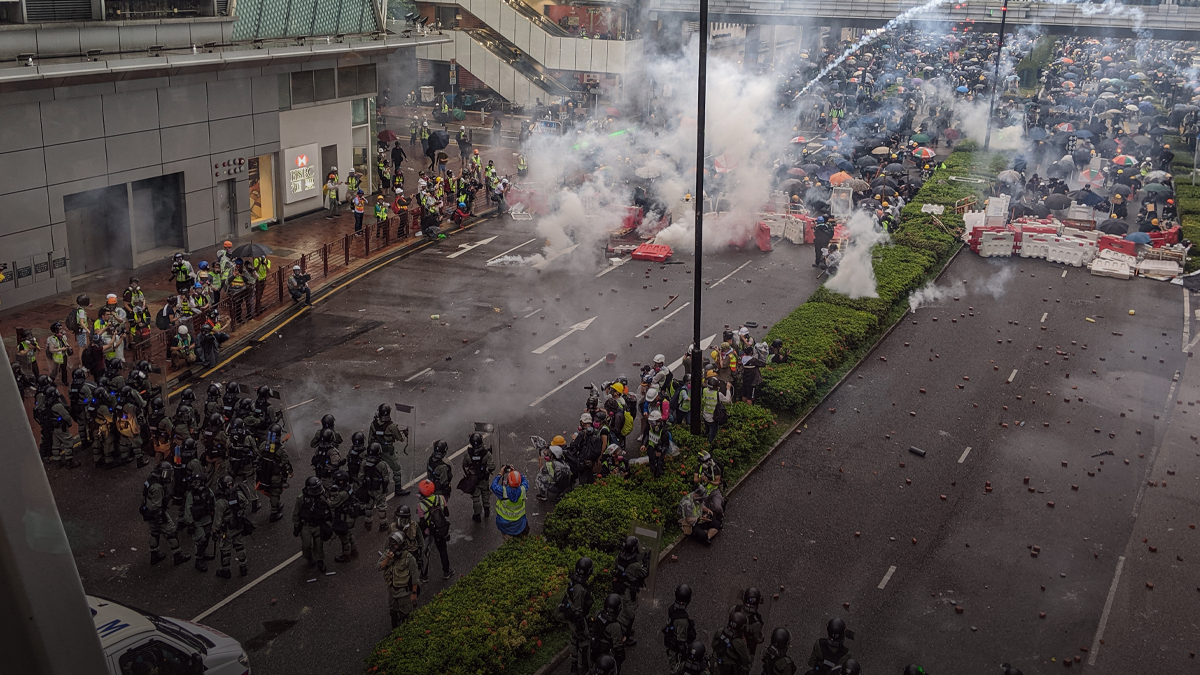 In deliberate defiance of strict curfew laws, thousands risked their lives and their liberty to show up, protest for their basic human rights and pay respects to those killed by an overzealous and militarized police force.

I’m not talking about Minneapolis or Los Angeles or New York City. I’m talking about Hong Kong, where tens of thousands of demonstrators defied shelter-in-place orders to stage a mass vigil for the thousands massacred in Tiananmen Square in 1989.

Thirty-one years ago, the Chinese military opened fire on peaceful student protesters — quashing a movement for freedom and opportunity. Today, the same autocratic rulers in Beijing are crushing the once-autonomous free market democracy in Hong Kong.

It’s a tragic story of political regression, the loss of a great liberal democracy, as the Western world is distracted and polarized.

Hong Kong was once a British colony, much like Canada. In 1898, the British Empire negotiated the Sino-British Joint Declaration — a 99-year lease agreement to legally control the region and remain autonomous from China.

In 1997, as per the agreement, the territory was transferred to China as a special administrative region that would maintain an independent governing system (democracy) and economic system (free markets), distinct and separate from the Chinese communist government.

China and Hong Kong coexisted under the principle of “one country, two systems.”

Hong Kong’s autonomy allowed it to thrive. It established itself as a financial hub and a low tax, free trade haven. More than that, Hong Kong became known as a safe and liberal society welcoming to both businesses and expats, regardless of race, religion, ethnicity or sexual orientation.

Hong Kong was an oasis of freedom in a desert of communist dictatorships.

It served China to have an economically free and flourishing region that, in 1997, accounted for one-fifth of the country’s economic output, with a population of six million compared to China’s 1.2 billion.

Slowly but surely, however, China began chipping away at Hong Kong’s sovereignty. In 2014, China introduced pre-screening measures of those wishing to run for office in Hong Kong, triggering large protests known as the Umbrella Revolution. More than one hundred thousands protesters blocked traffic for 77 days, using umbrellas to protect themselves from the police’s repeated use of tear gas and pepper spray.

In June 2019, mass protests once again erupted, this time over a proposed extradition law that would require Hong Kong authorities to transfer detainees to mainland China. This prompted obvious concerns that Hong Kong would become subject to China’s authoritarian legal system, undermining civil liberties and infringing upon its sovereignty.

These protests grew into the largest-scale political movement in Hong Kong history, as more than two million people marched in defiance of mainland China.

By September, China stood down and officially withdrew its extradition bill, and the November elections saw sweeping victories for pro-democracy candidates.

But the Chinese Communist Party’s (CCP) crusade for control did not end there. While the world was distracted by the coronavirus pandemic and reeling in the economic crisis fueled by the lockdowns, the CCP signed sweeping new security laws that served as the nail in the coffin of the Hong Kong freedom experiment.

The U.S. has announced that under these new laws, Hong Kong will no longer enjoy a special trading relationship, and the U.K. announced it will accept up to three million Hong Kong refugees.

Cowardly, corporations like HSBC committed their support to China’s draconian security measures, and Canada’s supposedly Liberal government couldn’t muster the courage to so much as issue a sole statement condemning China’s grotesque affront to freedom, democracy and the rule of law.

Next time someone tells you that Canada or the U.S. are unfair societies characterized by oppression and injustice, think about our freedom-loving friends in Hong Kong, who have been abandoned by the international community and now live under the boot of the CCP.