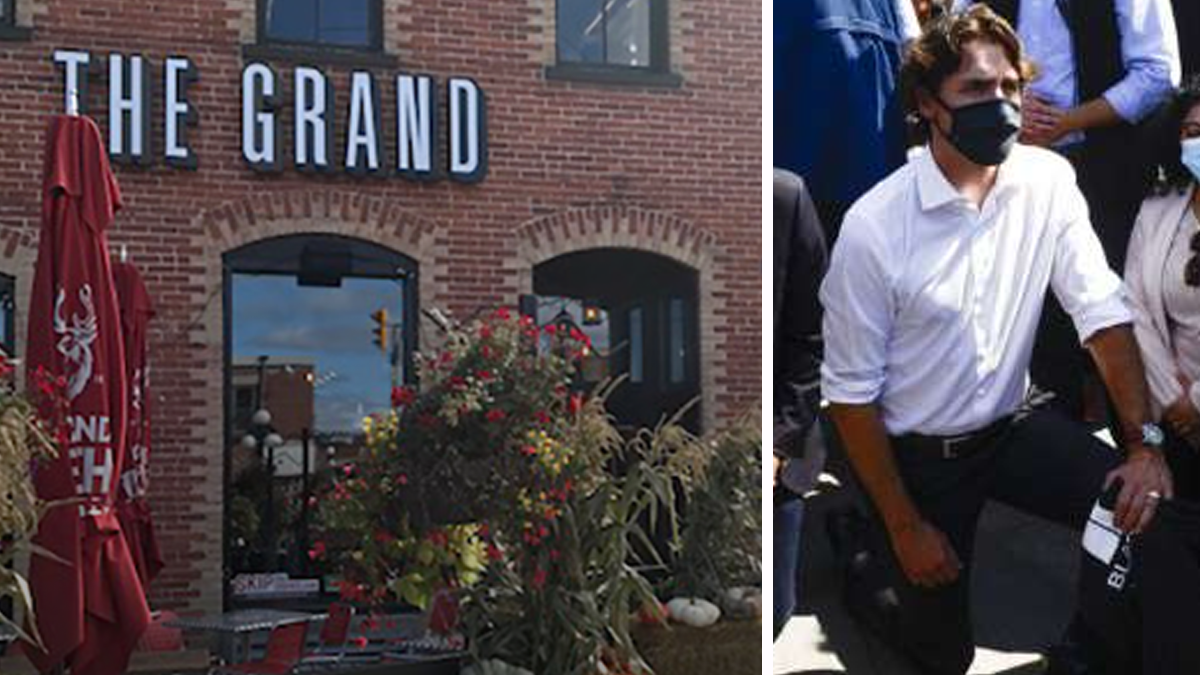 Prime Minister Justin Trudeau avoided answering a question directly on Monday regarding an Ottawa restaurant owner who was fined for letting people sit on the patio while waiting for their food on Sunday afternoon.

The owner of The Grand Pizzaria claims that Ottawa bylaw officers wrote the business an $880 ticket after spotting customers seated at tables outside.

Only a few days prior, not too far from the restaurant Prime Minister Justin Trudeau was attending an anti-racism rally with thousands of other people in close proximity.

During the rally, Trudeau knelt amidst protesters while surrounded by security guards.

Several similar anti-racism demonstrations have been staged throughout Canada, with one protest in Montreal erupting into violence and looting.

During Monday’s daily coronavirus briefing, Trudeau was asked about the double standard applied to the restaurant in contrast to the protests by a journalist, but he failed to answer the question directly.

“Steps from where you took a knee there was an Ottawa restaurant allowing customers to eat their pizza socially distanced on the patio, they’re facing an $880 fine for violating the same emergency orders that you violated and that many of the people at the protest violated. So can you continue to say that we’ve got to have these lockdown measures in place when there is obviously a difference in how they are applied between people meeting on their driveway, people eating pizza and people protesting?” asked reporter Brian Lilley.

“As we loosen some of the population control measures, as people are returning to work in some ways, seeing businesses reopen, we need to step up in other ways we need to continue socially distancing, we need to wear masks where appropriate but we also need to make sure that we are stepping up on things like contact tracing, exposure notification and massive testing,” replied Trudeau.

According to CTV News, one customer came to the Ottawa restaurant’s defence on Twitter saying they received no service while outside and that they had ordered takeout.

“No service, just a table and chairs. We ordered takeout and sat at the tables. No different than the people sitting on city benches in front of the ByWard Market building,” said the customer.

Ontario coronavirus measures require restaurants to only offer takeout and delivery. Meanwhile, other parts of Canada have opened up their establishments for dine-in.

In May, the BC government announced it would allow restaurants to open for dine-in services as long as they meet certain criteria.

Restaurants in the province are required to maintain social distancing and have a coronavirus safety plan that is up to public health standards.