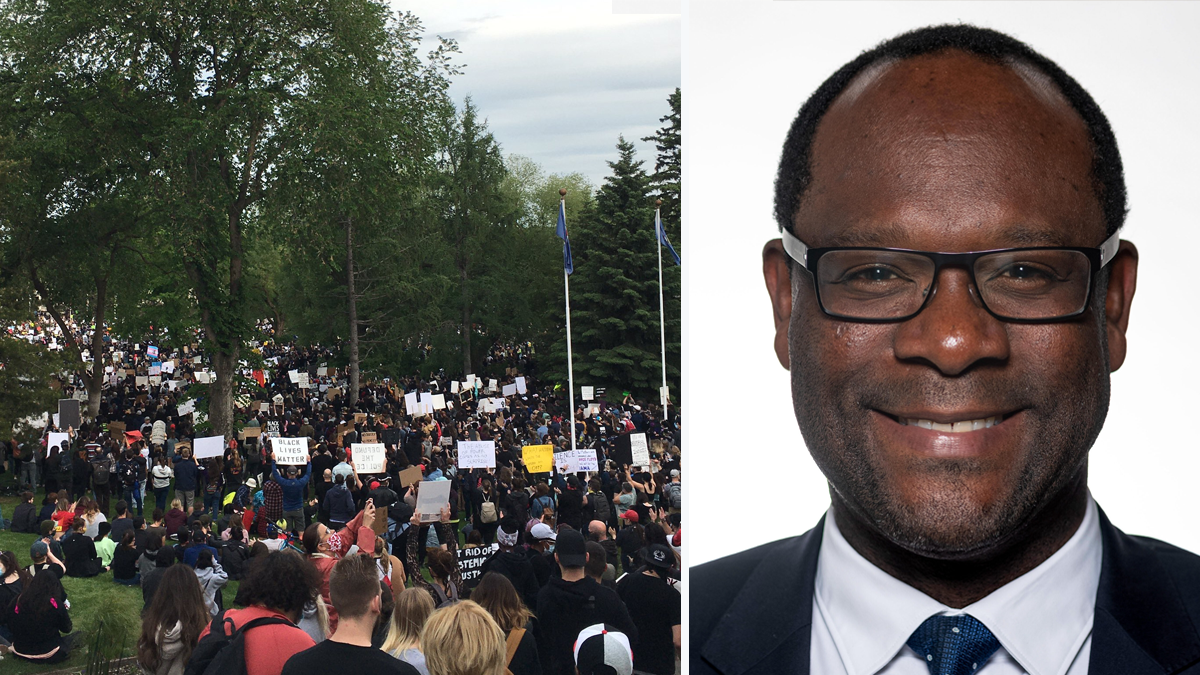 Madu, who was born in Africa, took to Twitter to announce that organizers informed him he would not be welcome at the demonstration as a speaker.

“Hi Omar, I had agreed to speak at the event, but was told by organizers that I could not. I respected their wishes and visited friends at Africa Centre instead,” tweeted Madu in reply to another Twitter user who asked why no UCP members were present.

According to the Western Standard, Madu claims it was the “NDP and their allies” who were responsible for having him banned as a speaker.

NDP MLA Rakhi Pancholi targeted Madu on Twitter saying that his actions were not promoting equality.

“Labelling people as ‘leftists’ (read: the ‘enemy’) is the opposite of equality, justice & human dignity. @KayceeMaduYEG should reflect more on WHY he was not welcome to speak. This is about the movement, not about him. Put away the ego & division, Minister. And listen,” tweeted Pancholi.

“I have always spoken honestly about my lived experience with racism. I was looking forward to standing in solidarity with the organizers and community. Your team and others worked quickly to prevent that. Your tweets are disgusting and shameful. You only know division,” replied Madu.

The conflict between Madu and the NDP spilt into the legislature on Monday when Madu called out the opposition party for sowing division.

“Unfortunately the NDP and their allies did not want me to attend that rally last Friday. On this side of the aisle, all they want is division and this is a matter that affects all of us regardless of political parties,” said Madu.

Anti-racism rallies have spilt into Canada from the US after American George Floyd died while in police custody in Minneapolis.

Most major cities in Canada, including Edmonton, have seen demonstrations often involving thousands of people, despite coronavirus measures limiting the size of large public gatherings.

B.C. removes “outdated terms” including “father” “herself” and “son” from regulations