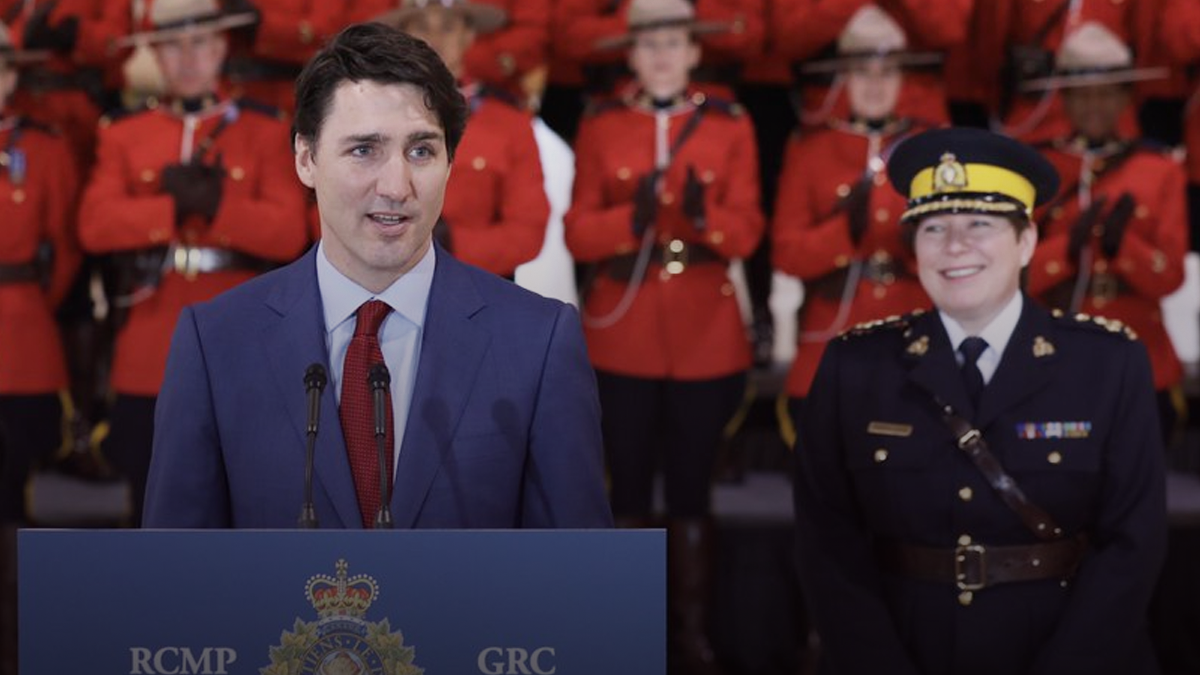 The more we think about how the Prime Minister said that the RCMP was infected by systemic racism, the more we come to realize just how wrong those comments were.

He followed up by saying all Canadian institutions were equally infested with systemic racism.

Was he just being obtuse?

Trying to start a debate?

No – he was just repeating the latest social justice warrior mantra.

Not that there is anything new with any of that. Trudeau is incapable of the critical analysis required to think an idea through.

The RCMP is a large organization with nearly 30,000 people, including civilians. In an organization that large, is it possible there may be a few racists within. It is also possible there are a few folks who will engage in domestic violence or other crimes. That’s the law of averages.

And make no mistake, the mark of a good organization is the speed and efficacy in how they handle these bad apple cases. Fortunately, these cases are rare.

But saying that is a far cry from saying the entire organization is “systemically racist.”

But what exactly is systemic racism? Is it not specifically defined in any of the major dictionaries. So, we are left with it being defined by a number of websites that define it as they see fit and typically whichever definition matches their own political agenda.

Shortly after the Prime Minister’s remarks, RCMP Commissioner Brenda Lucki said she struggles with the term and can’t get her head around any definition.

But what she didn’t do was deny there was any large scale racism in the RCMP – tacitly throwing every member under the bus.

But that’s not surprising. The senior RCMP leadership has a long history of not supporting the rank and file.

Consider the case of the YVR Four who responded to disturbance complaints in October 2007. Their actions were investigated every which way including a public inquiry, a special prosecutor and subsequent prosecutions.

Senior management of the RCMP knew the members did nothing wrong yet failed to defend them despite the public outcry. They threw these members under the bus.

Two of the four members have worked diligently for the past seven years to shine a light on what can only be described as a shameful cover-up by members of senior management. As a result, they have been met with stonewalling, obfuscation and abject silence.

The RCMP may be guilty of a number of things, primarily at the senior management. But there is simply no evidence of systemic racism throughout the ranks.