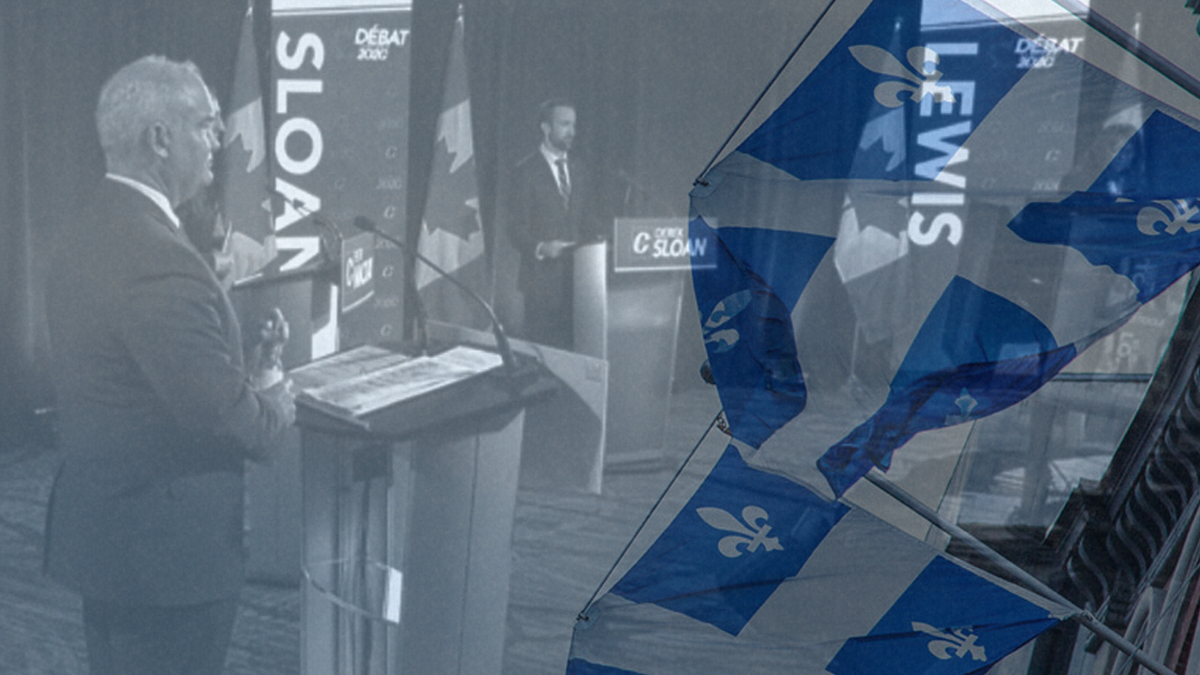 Throughout the Conservative Party leadership campaign, there have been reoccurring discussions about how Conservatives can appeal to Quebec voters. Those subscribing to these discussions suggest that only by winning seats held in Quebec, where the Liberals and Bloc Québécois hold the majority of the seats, can the Conservatives form a majority government once again.

These discussions have popped up again this week after Conservative leadership candidate Erin O’Toole released his platform which contained 34-specific policy positions dedicated to Quebec, causing criticism from some for his apparent pandering to the region while light on Western provinces. Similarly, some Conservatives from the East, like Newfoundland and Labrador Senator David Wells, called into question the lack of any specific reference to Atlantic Canada.

This Quebec-focused strategy was also utilized by Andrew Scheer during the last election, in which significant resources were diverted there for little results – a mistake that all leadership candidates will want to avoid.

Proponents of a Quebec-focused election strategy seem to desire a remake of the “Mulroney coalition” – that is, the coalition of socially conservative western populists, eastern fiscal conservatives and Quebec nationalists, which helped deliver Brian Mulroney two large electoral mandates in the 1980’s.

This coalition, of course, collapsed in the 1993 federal election in which the Progressive Conservatives, under the leadership of Kim Campbell, suffered a humiliating defeat and won only two seats. Meanwhile, Preston Manning’s Reform Party – the new home for socially conservative western populists – won 52 seats, and the Bloc Québécois – the new home for Quebec nationalists led by ex-Mulroney cabinet minister Lucian Bouchard – captured 53 seats and formed the Official Opposition.

What proponents of a Quebec strategy tend to miss in attempting to rebuild the Mulroney coalition is that when then-Canadian Alliance leader Stephen Harper and then-Progressive Conservative leader Peter MacKay merged their respective parties to form the modern Conservative Party of Canada, the Quebec nationalists never “came home” to the new party. In fact, for most of the federal elections contested since the formation of the Conservative Party of Canada, the Bloc Québécois captured a plurality of the Quebec seats in the House of Commons – including 32 of the 78 total in the last election.

So, does this mean that Conservatives should continue this strategy of appealing to Quebec voters in hopes of turning the tide? Maybe more targeted messages, nationalist dog-whistling, and double-speak in English and French?

By looking at the results of the 2011 federal election – the only time the modern Conservative Party formed a majority government – the answer is undeniably no.

In 2011, the Conservatives capitulated from 143 to 163 seats, surpassing the 155 seats needed for a majority at that time. However, in Quebec, the Conservatives captured just five seats – a 50% decrease in seats held in Quebec in 2008. Instead, thanks to strong support in all other parts of the country, Prime Minister Stephen Harper was granted his most-sought-after majority government.

In this break-through, the Conservatives won 14 seats in Atlantic Canada. And, if you look closely at the results, it is clear that they were competitive in many more of them. Yet today, the Conservatives hold only four seats in the region – including being shut out completely in PEI and Newfoundland and Labrador, where they collectively won five seats during periods of the Harper government.

These numbers should make it clear that Conservatives need to put a greater focus on Atlantic Canada to reach government again – which, as a region that is naturally very “small c” conservative, shouldn’t require the pandering that Conservatives have demonstrated while seeking seats in Quebec. Atlantic Canada, after all, is predominately rural, working-class, Christian, proponents of development of their rich natural resources – including Newfoundland’s offshore oil – and share a skepticism of Ottawa in the same vein as our allies in the west.

Conservatives are not going to form government by selling out their values to appeal to urbanites in Montreal or strict nationalists in rural Quebec. Instead, by reassessing by looking further east, the Conservatives will find the seats needed to stop Justin Trudeau and lead a strong and stable government once again.