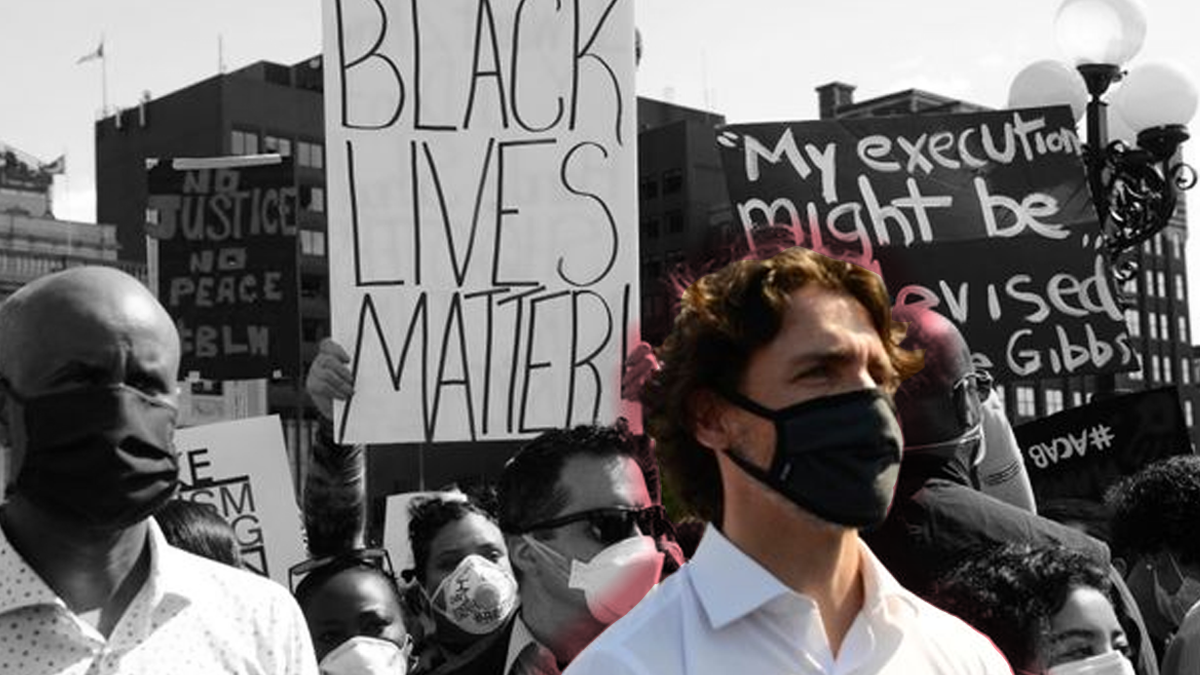 We have a huge problem in this country. And no, I don’t mean racism (systemic or otherwise), discrimination, environmental pollution or the other myriad issues facing Canadians.

I mean the fact that we aren’t having conversations about Canadian problems.

Most recently, the national conversation has revolved around anti-black racism, sparked by the senseless death of George Floyd in Minnesota.

To be clear, anti-black racism in Canada is real, and, like other forms of racism or discrimination, should be fought and condemned vigorously.

But the Canadian reality is vastly different from the American one.

For starters, Canada does not have a legacy of slavery like that of the United States. Canada was still part of the British Empire when it abolished slavery in 1833, prior to which only small numbers of slaves were ever recorded — mostly aboriginal peoples in New France captured or purchased from local tribes according to historian Marcel Trudel. Black slaves were occasionally brought to Canada, the largest group of which appears to be approximately 2,000 who came to Canada in 1783 when Loyalists fled north with them. Slavery was abolished in Upper Canada (Ontario) in 1793 by the Act Against Slavery.

Canada also did not have any equivalent to the Jim Crow laws which enforced segregation and made black Americans into second class citizens.

When it comes to education, schools in the United States are funded by local property taxes, meaning that lower-income neighbourhoods raise fewer amounts of property taxes to contribute to local schools. This has led to a situation where many poorer black neighbourhoods have fewer resources in schools than wealthier, often whiter, neighbourhoods nearby. Canada’s education system is more equitable — school boards tend to each be given a flat amount per student, regardless of their location.

According to Statistics Canada, there are approximately 1.2 million Canadians who identify as black, mostly in Ontario and Quebec which make up 3.5% of the total population. Of these, 56.4% were born outside of Canada compared to only 8.7% of black Americans. This creates a situation where issues affecting Canada’s black community may overlap with other challenges faced by recent immigrants. As such, language, employment or cultural barriers may explain some of the differences in outcomes between groups.

Lastly, with approximately 37% of black Canadians living in Toronto, many of the issues facing the community should be understood as largely Toronto-centric as opposed to national. Yet our news media has chosen to focus on protests in the United States when they should instead be talking about real issues, like those faced by Toronto’s black community such as possible police profiling or the use of arbitrary roadside stops.

So why does our national conversation tend to be peppered with American rhetoric?

Well, because it’s guaranteed to get a reaction from the public. Since most Canadians are steeped in American culture through movies, music and the news media, they may not even realize that we are being subjected to a largely American narrative. This is despite the fact that Canada has a vastly different history, governance and societal outcomes than our American neighbours.

Second, it can be an excellent political distraction; why focus on real problems when we can focus on American problems which have no real Canadian solution instead?

If you listen to the Prime Minister or most media outlets, you will find the discussion revolving around police brutality or the killings of black men. The implication being that this is a serious issue facing our country.

While it is difficult to determine how many people are killed by police each year (since Statistics Canada only tracks fatal shootings if the officer is criminally charged) most estimates put the total number below 25 per year. This includes people of all races and ethnic groups.

This is not to say that black Canadians never face unique challenges, racism or even harassment by police. However, focusing on American issues is stopping us from addressing the more prevalent forms of racism here at home.

You may have heard of “carding,” otherwise known as “street checking.” This involves the police stopping, questioning and documenting individuals in high crime neighbourhoods even when they are not conducting an investigation or suspect any offence has occurred. This can happen in any place a police officer has contact with the public, be it on public or private property.

This specific process was officially stopped in Toronto in 2014 after a Toronto Star investigation accused the police department of racism because data showed that black and brown-skinned Canadians were far more likely to be stopped. Similarly, both black and Indigenous people in Vancouver were more likely to be considered suspicious, and therefore ‘street checked,’ than others.

But did this mean that black and brown Canadians were stopped more on purpose or because they were more likely to be in a high-crime neighbourhood? It’s hard to tell just by looking at the publicly available data, especially when there are so many other variables.

Dr. Thomas Sowell, American economist and senior fellow at the Hoover Institution at Stanford University, provides a useful analytical tool that can help us understand, as he puts it, the three types of discrimination: 1a, 1b and 2.

Discrimination 1a: being sorted or discriminated against based on relevant characteristics specific to each person. E.g. street checking James because he’s in a gang and has a criminal record.

Discrimination 1b: trying to predict unknown individual characteristics based on observed group characteristics or averages. E.g. street checking James’ friend in a high-crime area because he was previously seen there with James and the gang.

Discrimination 2: arbitrary discrimination that ignores characteristics relevant to the decision making process. E.g. street checking James because he is black.

Street checking is just one example of a real, definable Canadian issue. One which may have many factors, variables and causes for us to discuss, examine and fix. Potential Charter issues aside, it matters whether or not police in Canada are employing type 1a, 1b or 2 discrimination. And the only way to find that out is to talk about it and examine the facts.