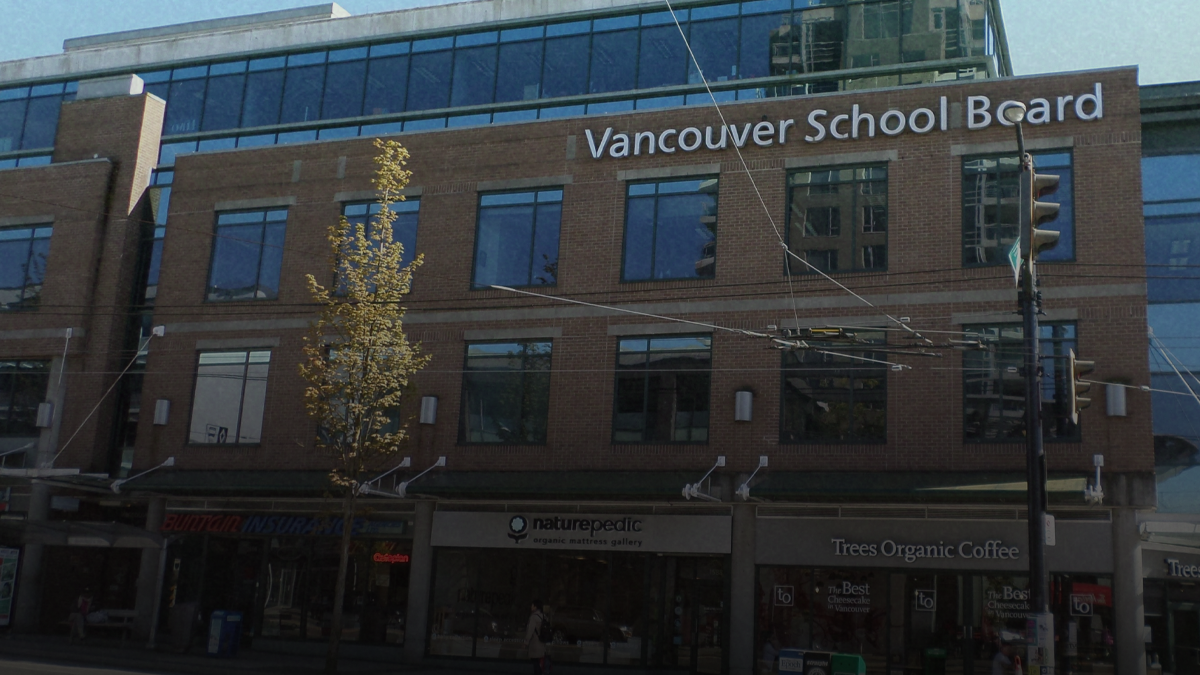 The mob has set its sights on a Vancouver School Board trustee after he opposed a motion to remove police liaison officers from the district’s schools.

Calls for trustee Fraser Ballantyne to resign or be removed from his position have surfaced after he said that “Caucasian kids are actually the visible minority” during a Monday night Board of Education vote.

“You know, when you look at it, the Caucasian kids are actually the visible minority, so, when we get a sense from the population of our secondary schools and winter schools I think it’s really important to hear what they have to say about it, and their feelings of the relationships that have been developed over the years,” said Ballantyne.

“I think a number of trustees would be very surprised at the value of what their connectedness is to this program.”

On Tuesday, Ballantyne publicly apologized on Twitter for his remarks saying that his intention was to “hear all perspectives” on the matter.

“My comments were in NO way intended to detract from the importance of hearing from the Black, Indigenous & other racialized students & communities. I sincerely apologize to those who were offended by my comments regarding the SLO [program],” tweeted Ballantyne.

Ballantyne was among the six trustees that voted down the motion to have the officers removed, while only three voted in favour of the motion.

While the program’s removal did not pass, the Board agreed to an independent third-party review of the presence of the officers at Vancouver schools.

Several people on Twitter have since called for Ballantyne to either resign from his elected position or be removed from the Board.

“Fraser Ballantyne needs to resign. Someone this unaware, and so obviously disinterested by the entire conversation fundamental to the safety of those inside the VSB is unfit to hold their elected position on the elected School Board,” said Twitter user David Knights Cowling.

True North reached out to Ballantyne for comment but did not hear back from by the time of publication. However, a spokesperson with the Vancouver School Board emailed the following statement regarding Mr. Ballantyne’s remarks.

“In discussing these motions, trustees shared their perspectives, based on what they’ve heard from others (email correspondence, delegation presentations, information about programs and operations received previously) as well as their own experiences,” said the Vancouver School Board.

“We are also aware Trustee Ballantyne has addressed comments made during the debate on social media.”

The Vancouver Police Department’s (VPD) School Liaison Unit has been in effect since 1972. Officers with the unit have been involved in counselling, crime prevention and education.

According to the VPD website, School Liaison Officers are involved in crime prevention lessons, acting as legal resources for students and investigating criminal offences related to schools.

While at the board meeting, Ballantyne called the removal of the liaison officers “dangerous and irresponsible.”

“I’ll just give you a personal experience; where I was working with a SLO [School Liaison Officer] where we lost, between May and September, eight girls. I’m not going to say the high school, but at the high school.”

“I’ll give you the very ending of the story. Very lucky that we got five back. But the girls that came back from being in prostitution, they were recruited in a very sophisticated way and the SLO in this particular case was extremely talented.”

Calls to defund police have grown since protests have broken out globally over the death of George Floyd.

Recently, the Hamilton-Wentworth District School Board passed a similar motion to terminate a police liaison program at local schools.

Charter is being “violated and abused” by COVID policies: former Newfoundland premier