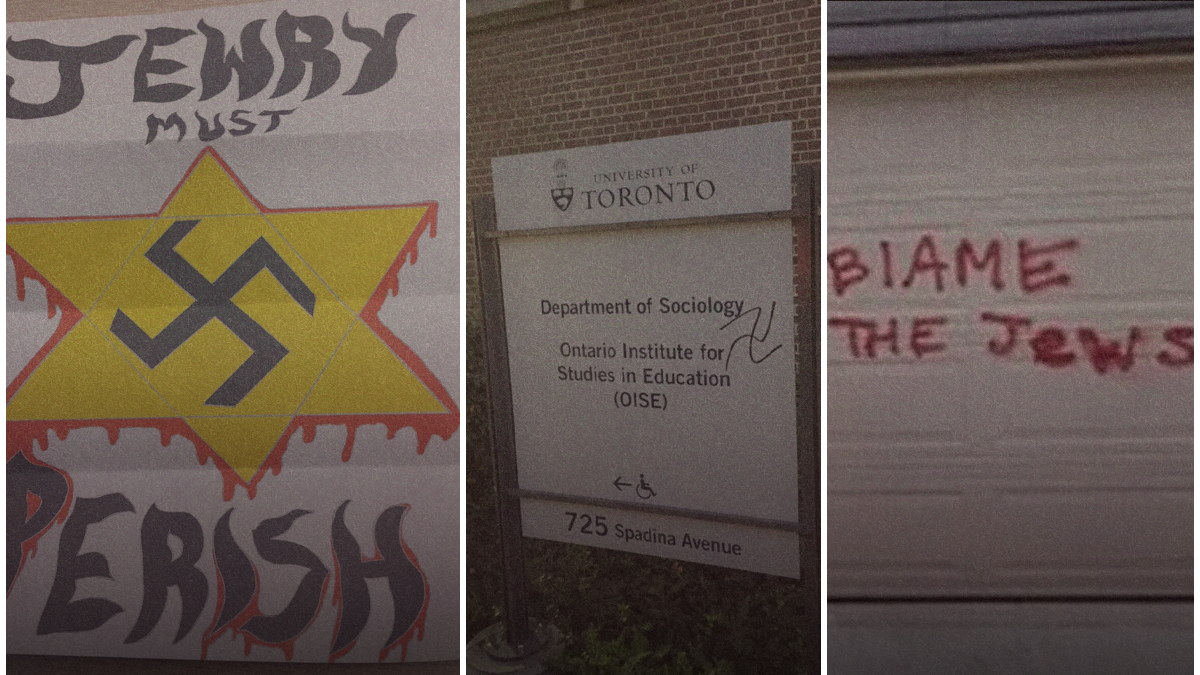 I have been an activist for practically all of my adult life. Much of that time has been spent working to combat antisemitism and build bridges between communities.

As I grew both in age and political experience, the way I understood what antisemitism was began to change. What I ultimately realized was something important, not just for the Jewish community of Canada, but for all Canadians who cherish the values which make Canada great.

So what did I learn about combating racism that made me drastically change my world view? In short: It’s about power.

It all began when I started to wonder why antisemitism was accepted, justified or even promoted by many of the same people who claimed to be actively fighting racism.

Throughout my career, I have worked with government officials and have met many high-profile politicians from both the right and the Left. Our meetings were often specifically focused on discussing the rising levels of antisemitism in Canada.

When I attended these meetings, I brought with me statistics about anti-Jewish hate crimes in Canada. These figures included total amounts, comparisons to other similarly discussed groups and documentation showing that antisemitism, by all reasonable measures, was a real and persistent area of concern to Jewish Canadians.

According to Statistics Canada, Jews have been the number one victims of hate crimes in the country since at least 2014 and in the City of Toronto since at least 2010. This is despite being approximately 1% of the total population, making their per capita victim rate extraordinarily high.

You may be surprised to learn this fact, especially given that other forms of racism seem to be discussed more often, while antisemitism seems to be downplayed.

I decided to put that question to one left-wing politician (whose name I won’t mention because we spoke in confidence). I asked why it seems that many on the Left of the political spectrum aren’t bothered by antisemitism and some even seem to justify it.

His answer was direct — he said it was because Jews are white (they aren’t), Jews speak English, Jews are rich and successful and Jews have organizations to speak on their behalf. He argued that there is far less antisemitism than Islamophobia (again not true- – despite Muslims outnumbering Jews in Canada by nearly 4 to 1, Jews are the victim in more hate-motivated crime.) Finally, he said, most antisemitism is really just criticism of Israel.

Translated, he told me the following: It isn’t about racism or discrimination against Jews, it’s about power. Jews as a group have power, and therefore do not need the power of the state to help. Sure, Jews have suffered historical injustices, but those are made up for now, and you guys are at the top.

I was floored. Was he really saying that Jews do not deserve the added protections of government because some of us had greater financial means? This didn’t make sense to me. My parents came to Canada separately as immigrants from Israel. They did not speak English, were poor and had no connection to any “official” Jewish organization that could speak for them.

However, it was only after some serious thought about the conversation did I come to truly appreciate his candour. He gave me insight into the mind of so many of those on the “progressive” left that I would not otherwise have. And he did so only because I came to have an open conversation, to learn from each other and I specifically took Israel off the table by acknowledging that one can obviously criticize Israel without being antisemitic — a red herring often used by antisemites.

The Left’s focus on power, power relations and monolithic groups is a serious problem for most people because often that isn’t the lens they use to view the world. It’s also why they aren’t ‘speaking the same language’ as those on the right, and ignore legitimate instances of racism when confronted with them.

Because much of the activist left views the world through the lens of any number of conflict theories (Marxism, Feminism etc.) — which draw attention to power differentials, such as class/race conflict on a macro level — they have difficulty examining the micro-level, or the individual as opposed to his or her group.

This is critical to understanding the left-wing point of view, because if the world is a series of power struggles between groups, such as the Jews, who have perceived power and those who do not, then small instances of racism or discrimination are unimportant in the grand scheme of things.

Throwing a rock at Godzilla makes no difference because even if you break off a tiny scale, he is still Godzilla.

As such, instances of antisemitism can be ignored, downplayed or even justified because of the perception that Jews as a group have a great deal of power. According to this logic, individuals may be victims of racism, but since they are members of a

(perceived) powerful group, we can ignore them and should instead focus on groups that we believe to have little to no power.

Not only does this attitude fall into classical antisemitism when directed against Jews, but it has also historically lead to real-life consequences including discrimination, violence up to and including attempted genocide.

Further, this view ignores the individual (of any group) and creates perceptions based either on stereotypes or beliefs that are skewed by a few individuals which may be extraordinarily famous, wealthy or have power. It also assumes all individuals are driven by group interests even though they may not even use that power and wealth for the benefit of ‘their group.’

The downplaying of antisemitism should be concerning to all Canadians because it reveals an ebbing away of the rule of law and of societal norms that temper bad behaviour.

If someone can vilify or attack Jews (like Louis Farrakhan has been for years) without any repercussions, it normalizes hate of the other and will eventually lead to serious consequences for society at large, as frustrations and anger between the ‘groups’ eventually give way to violence.

It has been said that Jews are the canary in the coal mine, and perhaps that’s true. This is why we cannot ignore, accept or even justify antisemitism, especially by those on the Left who claim to oppose racism and discrimination.