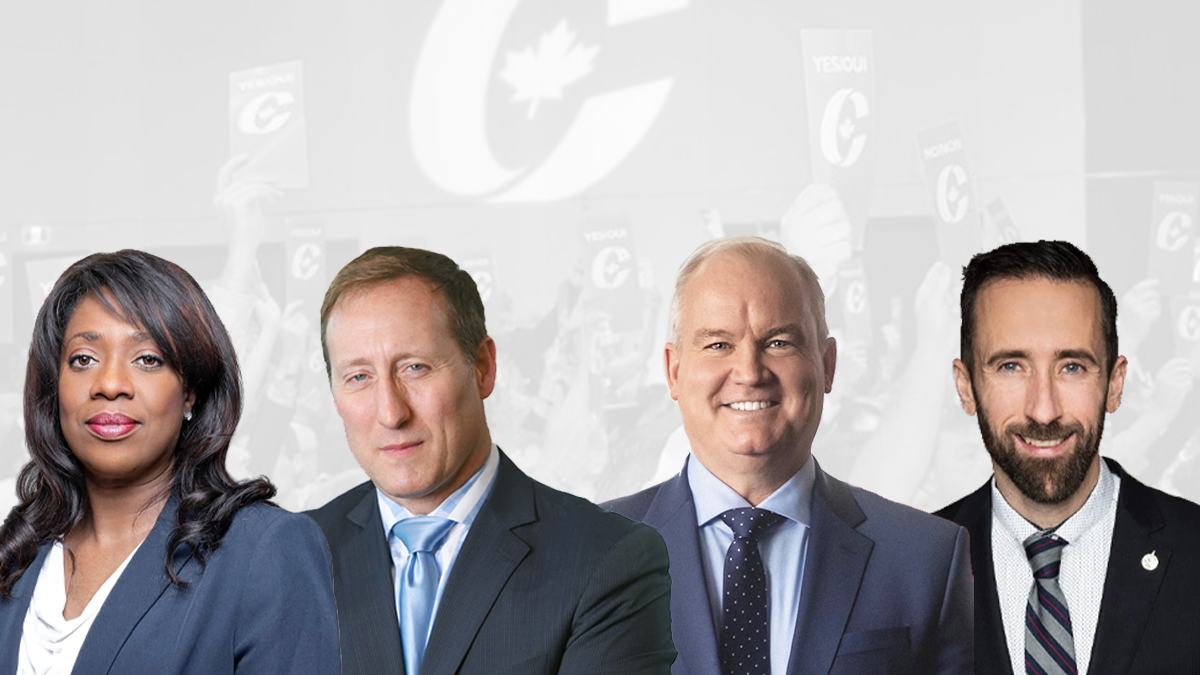 All four Conservative leadership candidates will participate in a debate hosted by Canada’s independent media later this month.

On July 29 the Independent Press Gallery of Canada (IPG) is holding a live debate with Leslyn Lewis, Peter MacKay, Erin O’Toole and Derek Sloan all agreeing to take part.

The debate will be streamed on the IPG’s website as well as by IPG members, including True North, at 7:00 PM EDT.

The debate will be hosted by Independent Press Gallery President Candice Malcolm and moderated by True North fellow Andrew Lawton.

The Independent Press Gallery was recently created to represent independent journalists and publishers counter the monopoly that mainstream outlets hold over reporting in Ottawa.

Membership is open to anyone in the media who adheres to a set of principles based on the Bordeaux Declaration, and agrees to not accept government funding.

A record 269,469 Canadians are members of the Conservative party and thus are eligible to vote in the leadership election, with around 100,000 membership purchased since the beginning of 2020.

The IPG debate may be the last chance to hear the four candidates debate a wide range of topics on the same stage as ballots must be submitted three weeks later.

Normally riding associations and other groups will host leadership debates and all-candidates meetings, though with the coronavirus pandemic there have only been limited opportunities for the candidates to debate.

The Conservative Party held two official debates – one in French and other in English – on June 17 and 18 respectively.

At these debates, mainstream journalists hounded candidates with leading and pointed questions, particularly on the topics of abortion and race.

At the IPG media scrum after the debate members of the Independent Press Gallery will be given priority when asking the candidates questions.