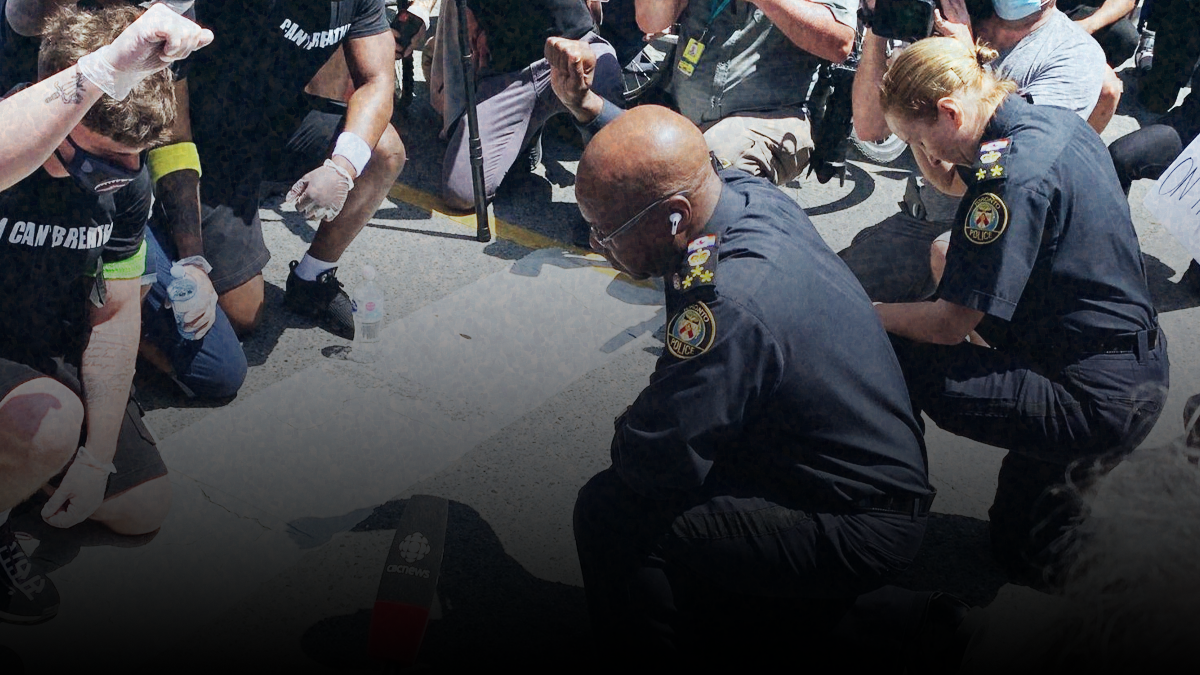 This week a group of ragtag protesters who labelled themselves Black Lives Matter (BLM,) showed up outside a downtown Toronto Police station displaying their double digit IQs.

I’m not really sure who they think they are to make demands, but they had a list of demands. Here they are:

At the centre of their demands is to defund the Toronto Police by 50% and to “demilitarize” them. I’m not really sure what that means. But they had other confusing demands like reduce the scope of the police – huh?

But chief among their demands was to say no to police body cams – seriously? Body cams are the one thing that ensures the police act properly in their dealings with the public – and these protesters want to say no to them.

Let’s be realistic. These are not serious people. They are primarily white, spoiled children infused with the teachings of their socialist teachers and they know nothing of the real world.

On Saturday morning they were on display again, this time rampaging around some downtown Toronto parks and defacing statues and demanding the defunding of the police. Toronto Police say three people were arrested as they were kept busy with the moving crowd. From the videos I saw, there sure could’ve been a lot more arrests.

These protesters are Marxists. They want to undo all of the things which make this country what we are – such as capitalism and the rule of law.

They want all manner of free stuff without a thought about how any of it will be paid for. These protests have nothing to do with black lives or any other lives at all. Anyone remember George Floyd? We haven’t heard his name mentioned in weeks.

The “anti-racism” protesters are no different than Antifa. In fact, most of them are the same folks going from one cause to another.

Frankly, I am sick of the lot of them. It’s high time the police do their job and start making arrests. In the interests of political correctness, the police have laid back and allowed the nonsense to occur much to the detriment of their cities.

We are still a society of the rule of law and the police are responsible for enforcing that rule of law. If these violent protesters don’t like it, they can deal with the consequences of that which may and should include jail time.

We are not a perfect society. But we are a free society and we should not be dictated to by anarchists whatever the label they choose to wear.